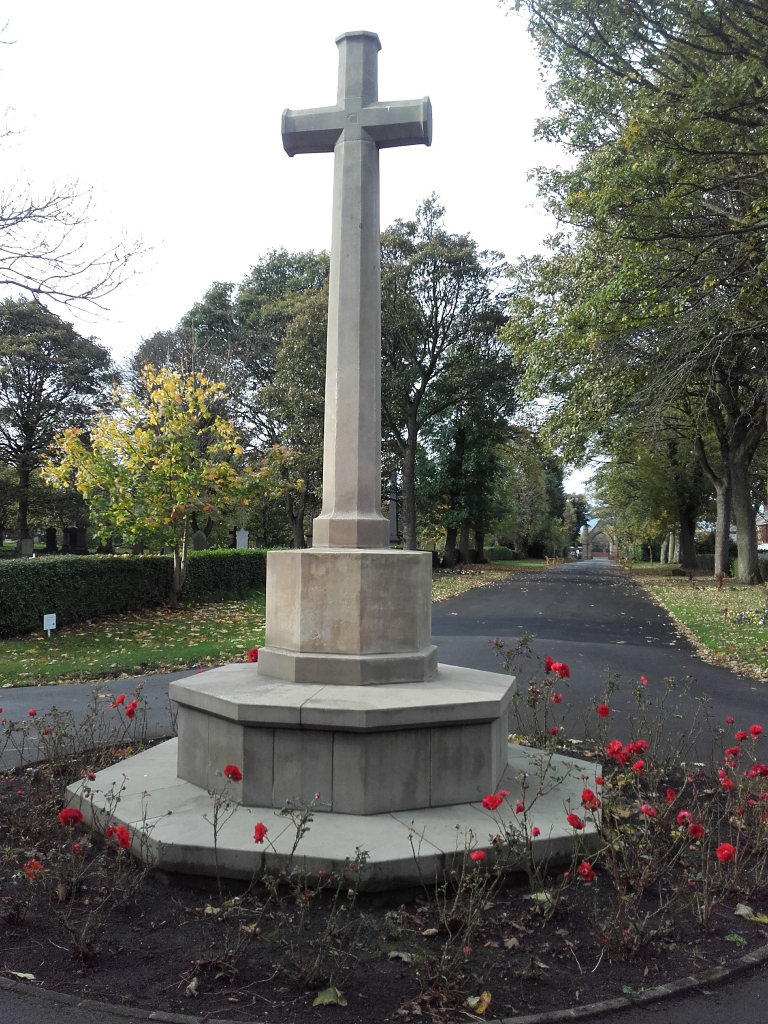 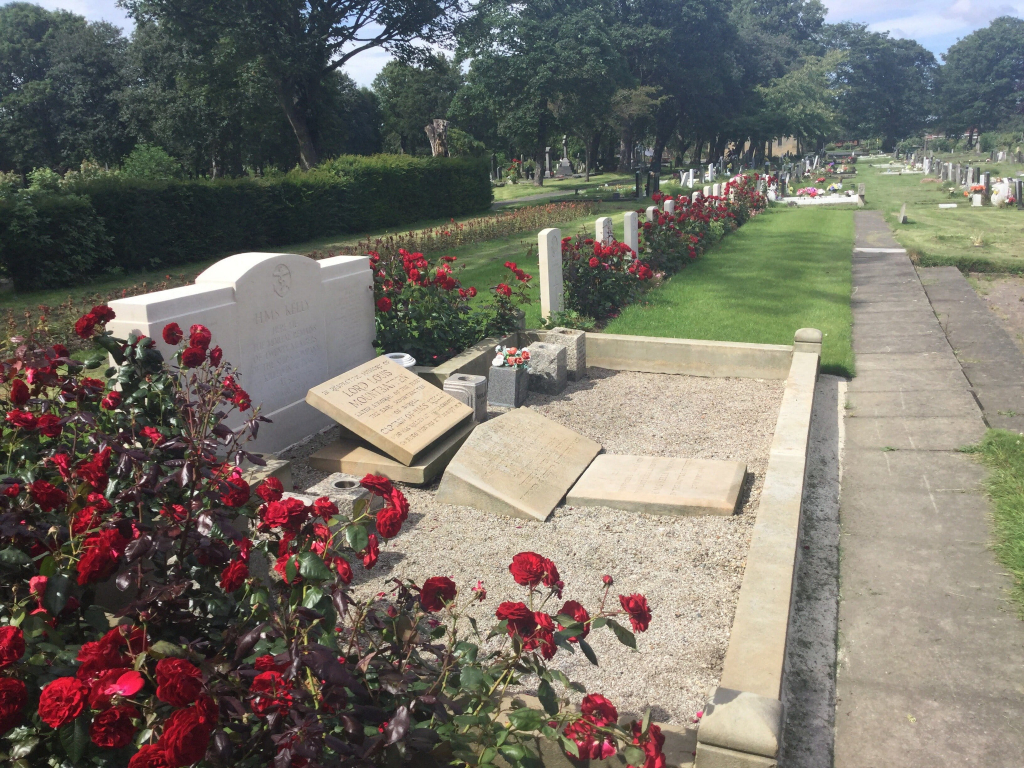 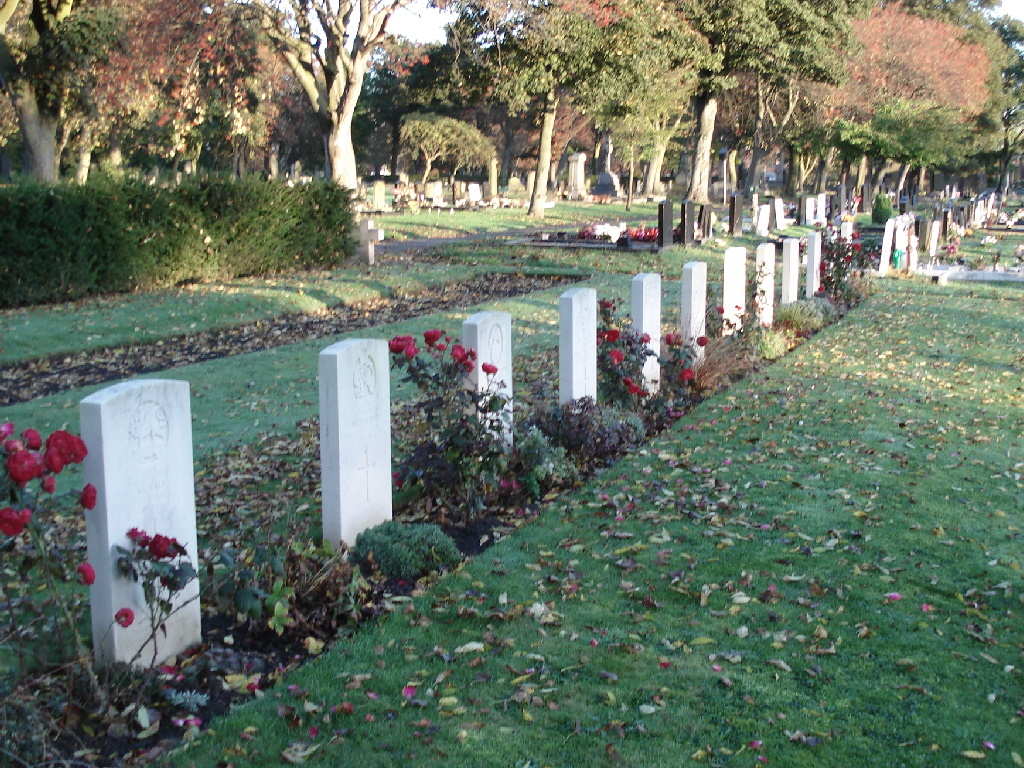 Hebburn Cemetery contains 41 scattered burials of the First World War. Of the 52 Second World War burials, 33 form a war graves group in Section C. Among these graves is the collective grave of 20 sailors who were killed on 9 May 1940 when the destroyer H.M.S."Kelly" was torpedoed whilst in action against German E-boats in the North Sea. Four of these men could not be identified. There is also a memorial to the officers and men who died when the "Kelly" was sunk during the Battle of Crete in 1941. The memorial was erected by surviving members of the crew and employees of the Hebburn shipyard where she was built.