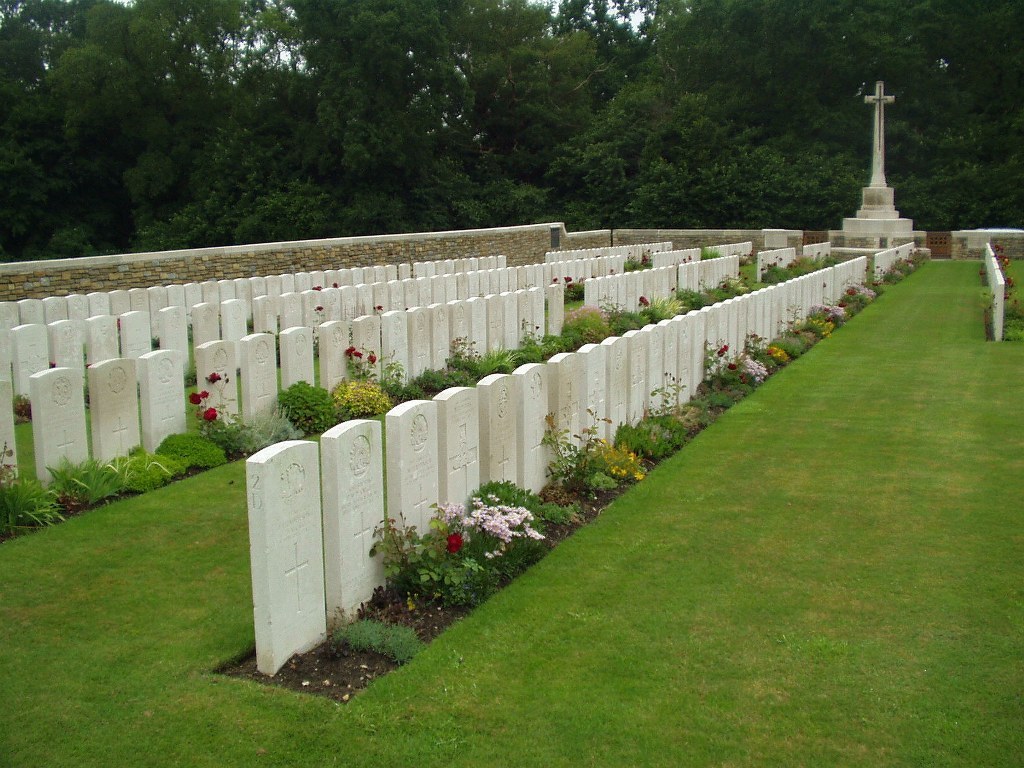 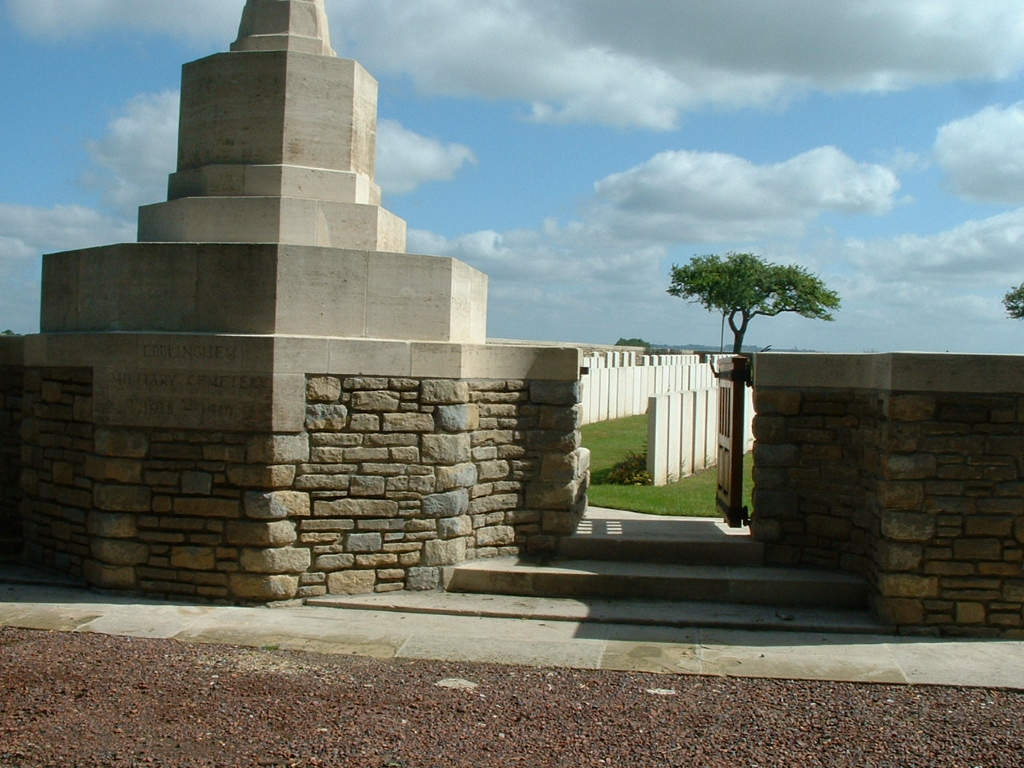 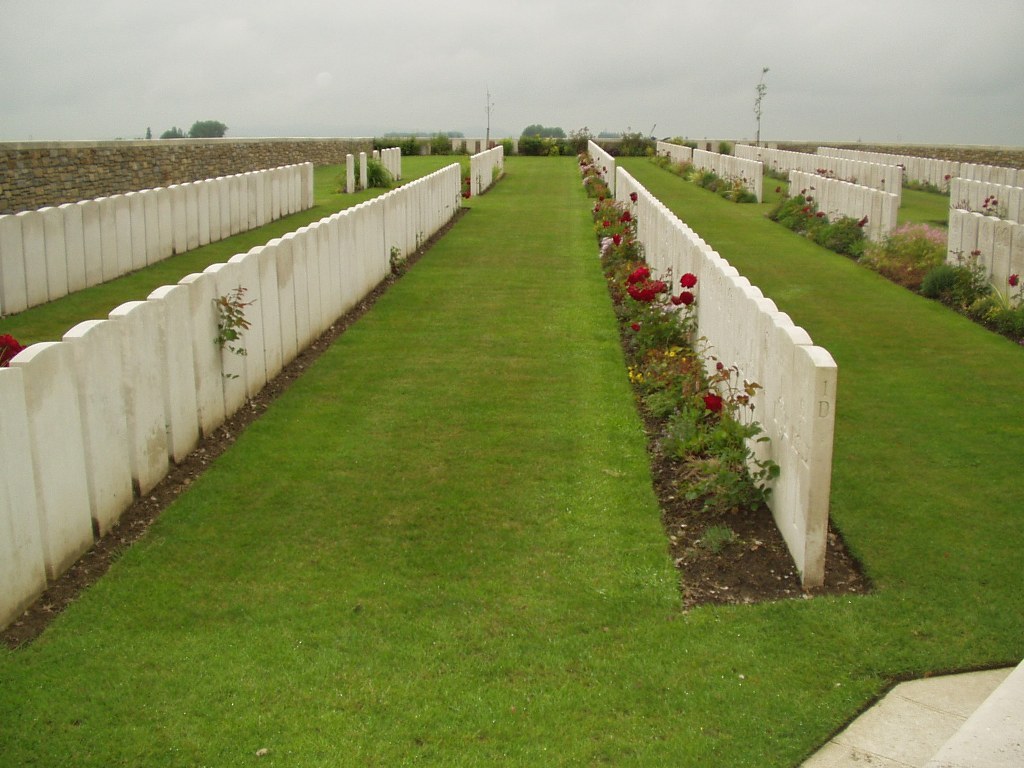 Ebblinghem is a village halfway between St. Omer and Hazebrouck. Ebblinghem Military Cemetery is 600 metres from the centre of the village heading east on the D55. Turn right on to the 'Chemin des Loups' and the Cemetery is a further 500 metres on the left hand side opposite the wood.

The cemetery was begun by the 2nd and 15th Casualty Clearing Stations, who came to Ebblinghem in April 1918 at the beginning of the German offensive. They used the cemetery until July. Further graves were added afer the war from the following cemeteries :- BOMY CHURCHYARD, which contained three British graves; NOORDPEENE CHURCHYARD, which contained three British graves. Ebblinghem Military Cemetery contains 441 Commonwealth burials of the First World War, and one from the Second World War. There are also 11 German burials. The cemetery was designed by Sir Herbert Baker.