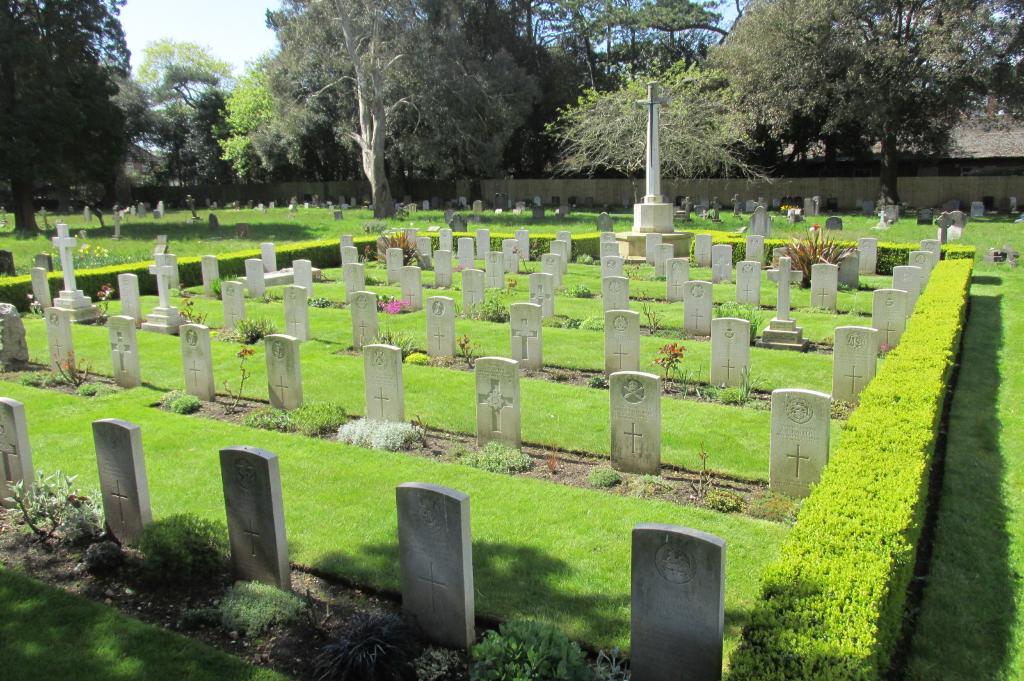 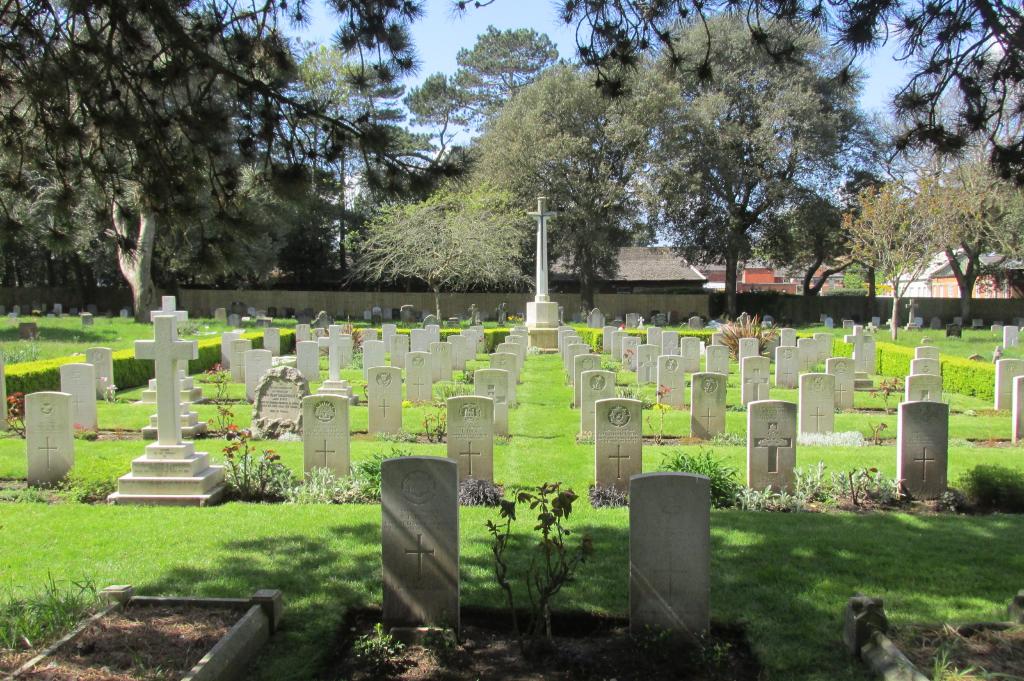 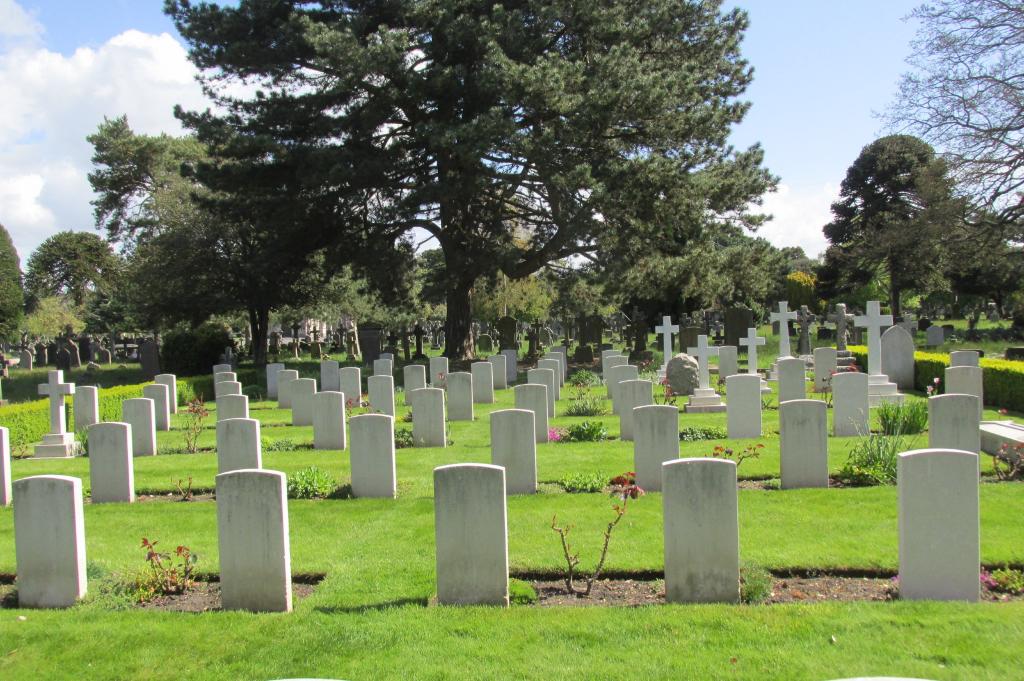 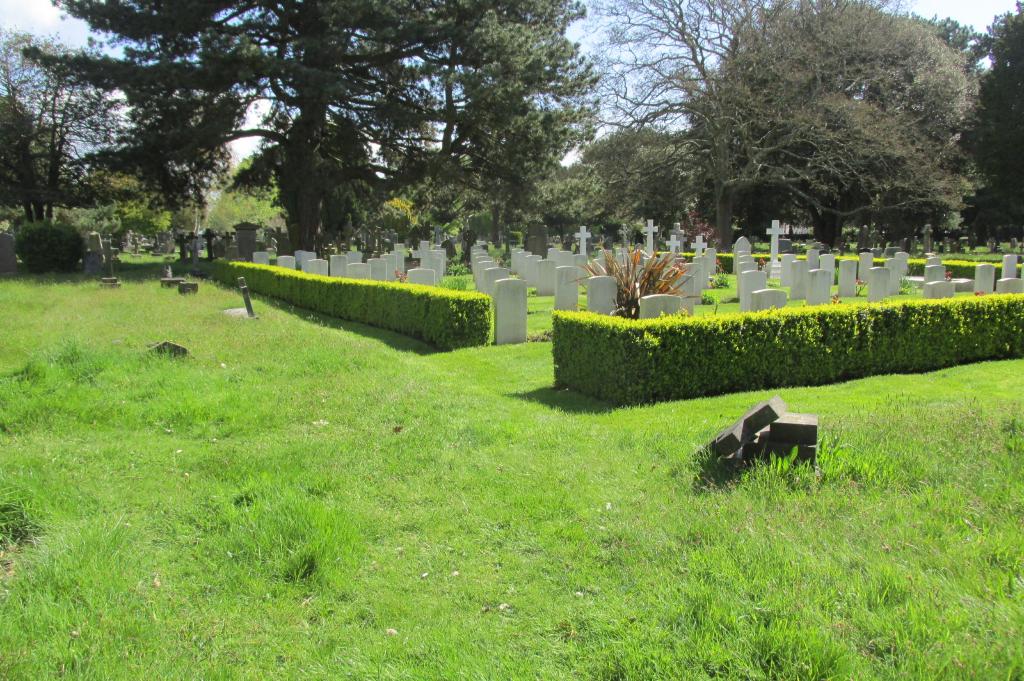 This is in Gloucester Road, Boscombe, and was at one time called Boscombe Cemetery. It belongs to Bournemouth Borough Council. The war plot is enclosed by a hedge, and the War Cross is on the West side of it.