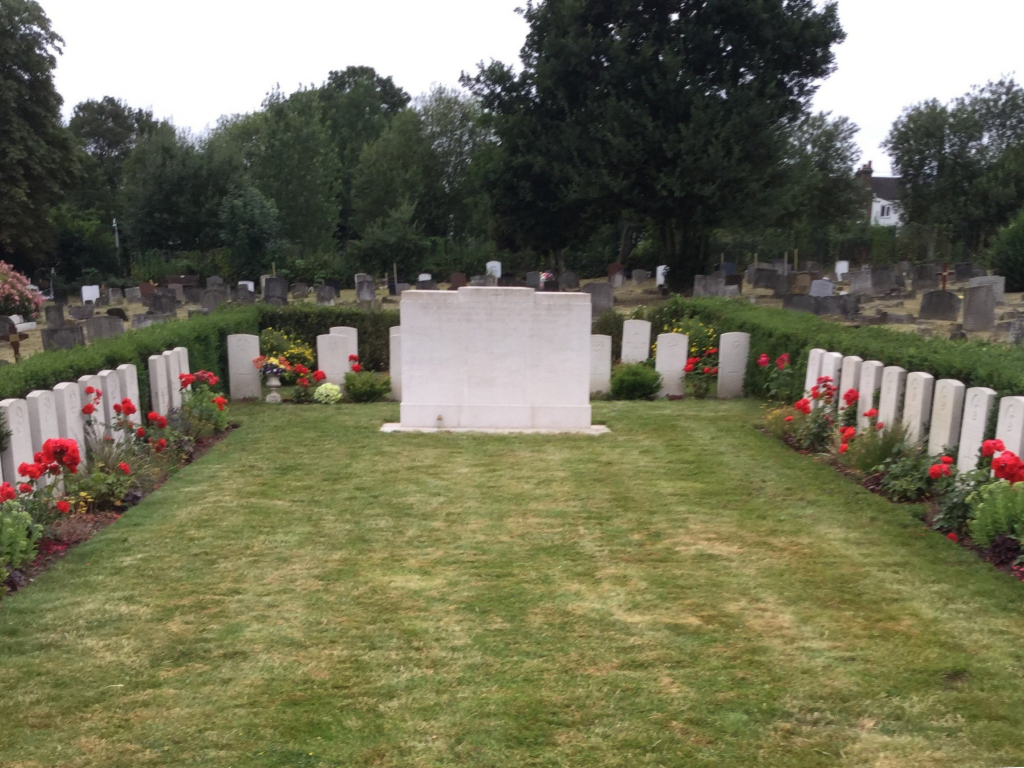 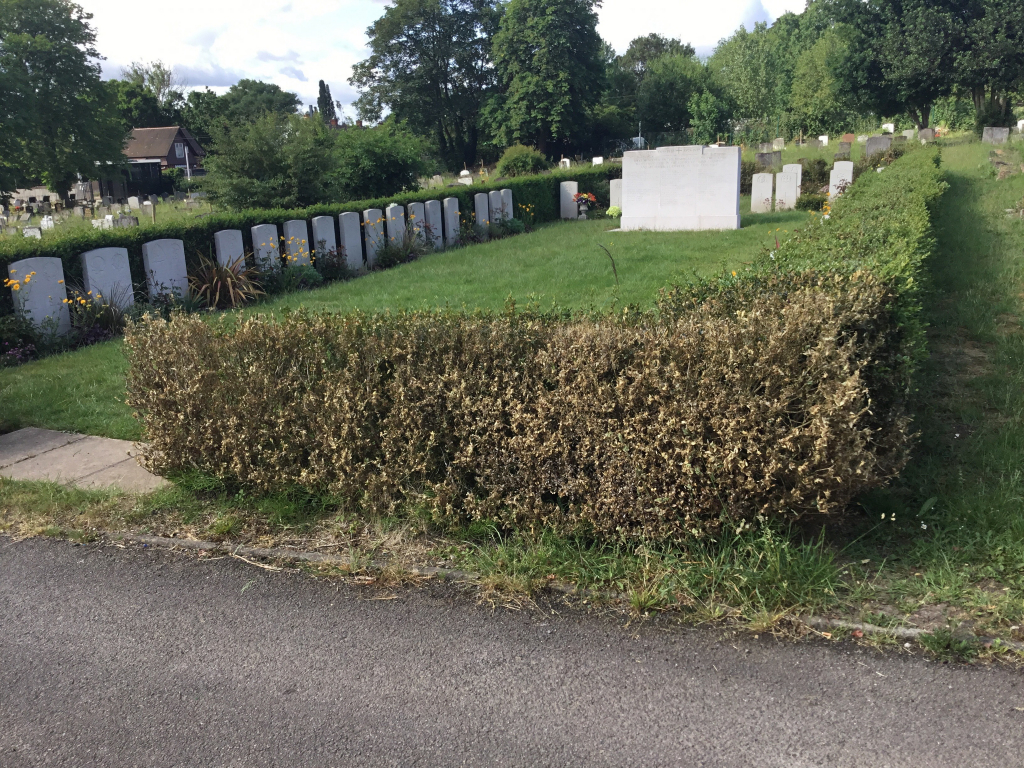 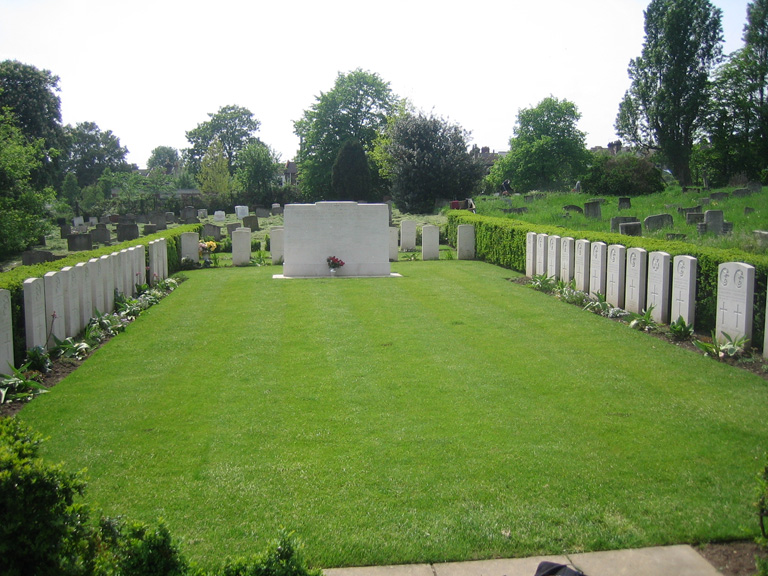 Beckenham Crematorium and Cemetery (opened in 1876 as Crystal Palace District Cemetery) contains burials of both wars. The 130 First World War graves are scattered throughout the cemetery, a number of them came from the Royal Naval Division Depot, H.M.S. Crystal Palace and the Army Service Corps Motor Transport Depot at Grove Park. Some of these graves could not be individually marked which has resulted in 30 casualties being commemorated by name on a screen wall. A further 40 were found to be in locations that could not be satisfactorily maintained and 30 headstones commemorating these casualties, were later erected in the small Second World War plot. This plot contains only 12 of the 127 Second World War burials, plus three special memorials commemorating 3 casualties whose graves elsewhere in the cemetery could not be individually marked.