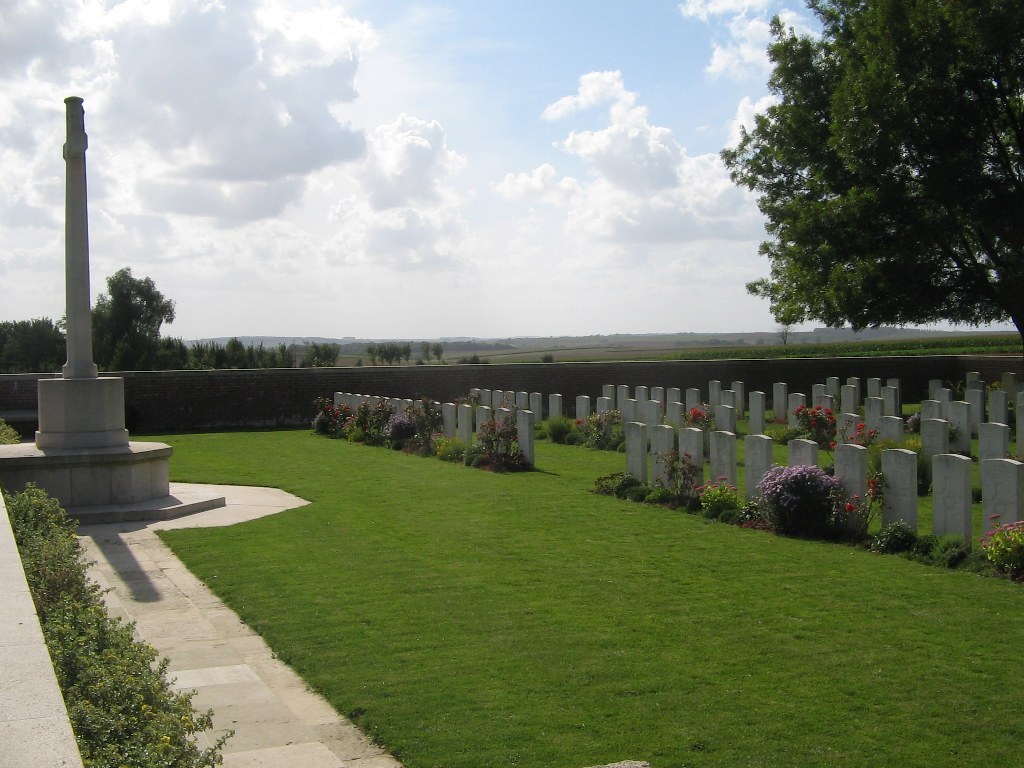 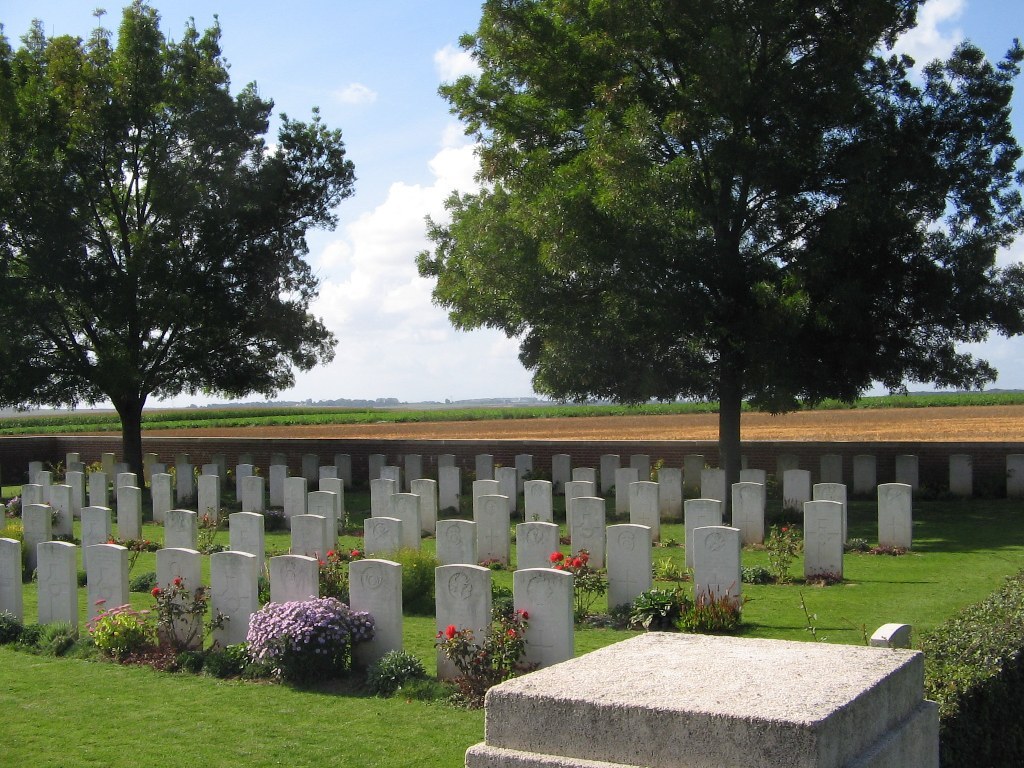 The village of Englebelmer was in Allied hand during the whole of the War, and it was used as a Field Ambulance station; but until the autumn of 1916, and again in the summer of 1918, it was liable to occasional shelling. It was later "adopted" by the City of Winchester. The Extension was begun in October, 1916, closed in March, 1917, and used again in 1918; and after the Armistice graves were brought from the battlefields immediately North and East of Englebelmer and the following cemeteries:- BEAUSSART COMMUNAL CEMETERY EXTENSION, in a hamlet of Mailly-Maillet, was used at intervals from April, 1916, to May, 1918, and contained the graves of 18 soldiers from the United Kingdom and nine from New Zealand. There are now over 100, 1914-18 war casualties commemorated in this site. Of these, a small number are unidentified and special memorials are erected to two United Kingdom soldiers, buried at Beaussart, whose graves could not be found. Five German graves were removed in 1923. The Extension covers an area of 714 square metres and is enclosed by a brick wall on three sides.