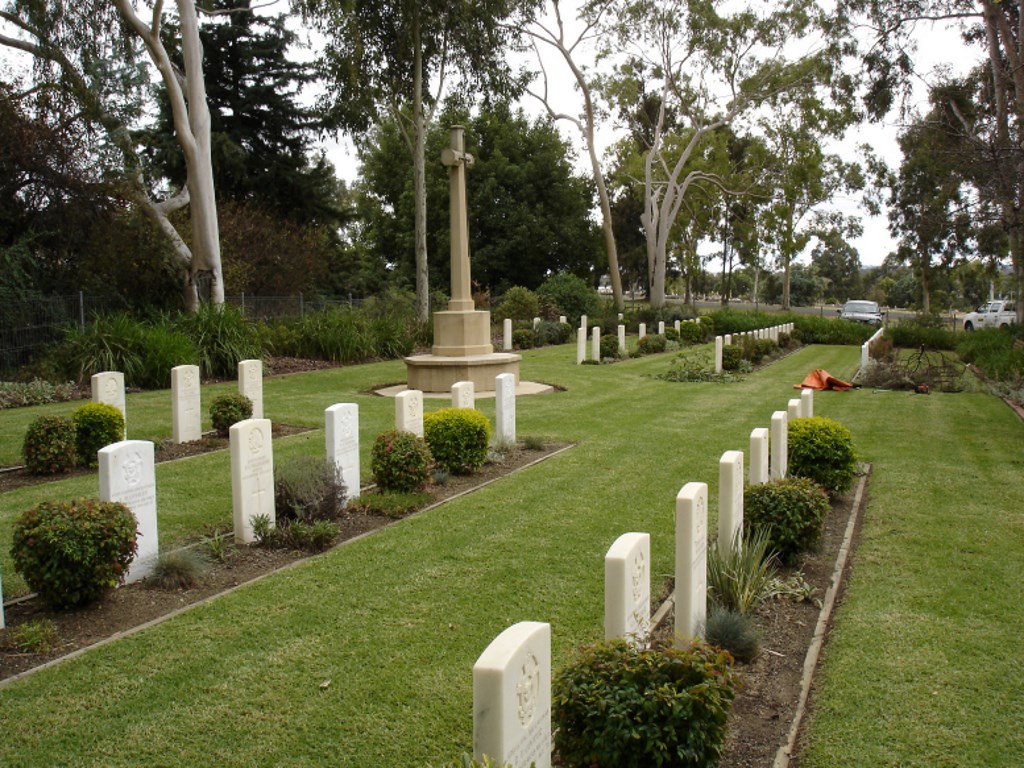 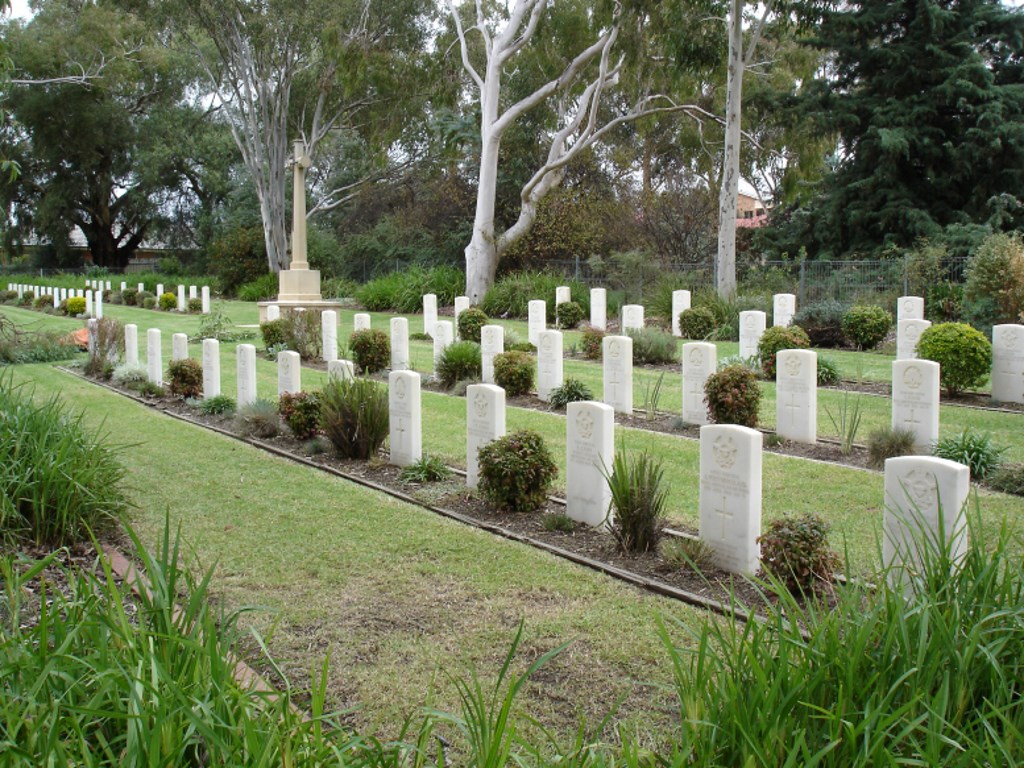 Wagga Wagga is an important city on the Murrumbidgee River, 306 miles south-west of Sydney. The War Cemetery is situated within the General Cemetery on Kooringal Road, 2.5 miles south-east of the Post Office.