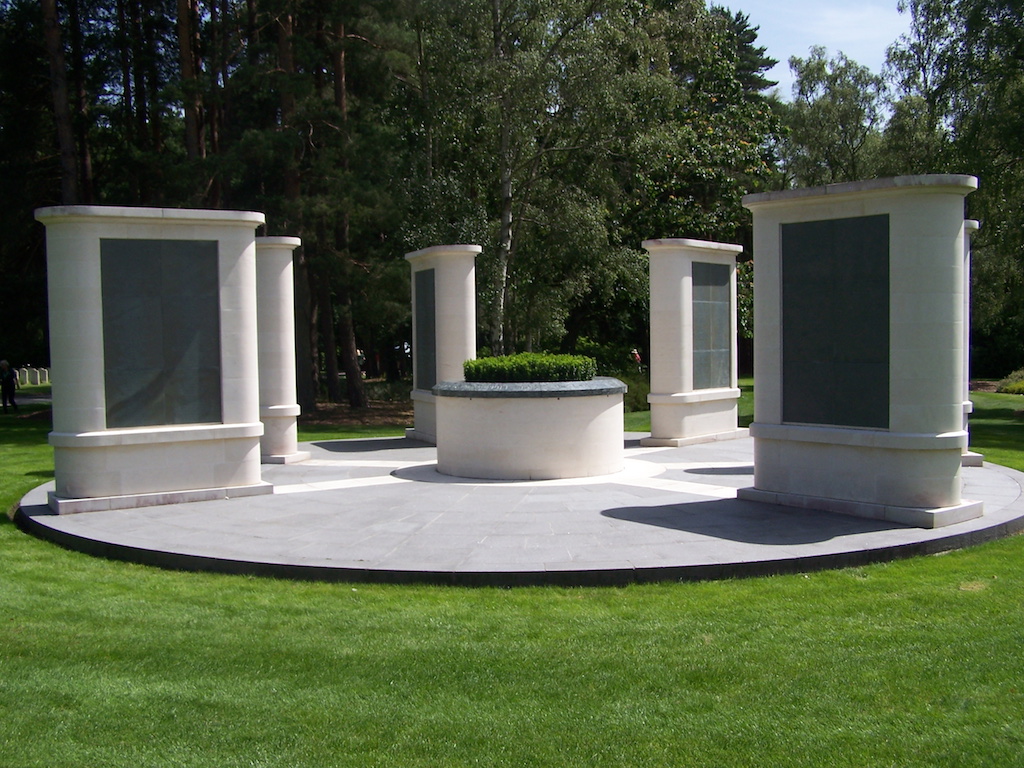 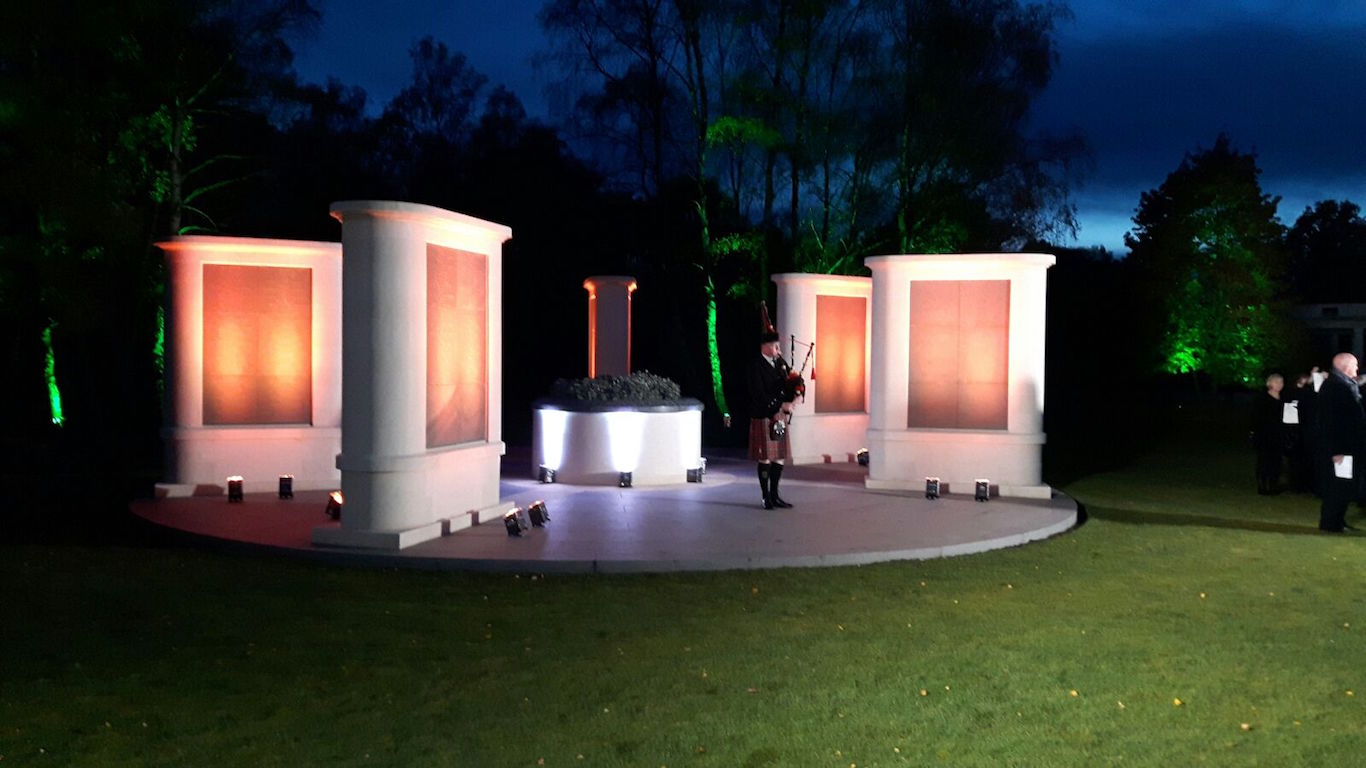 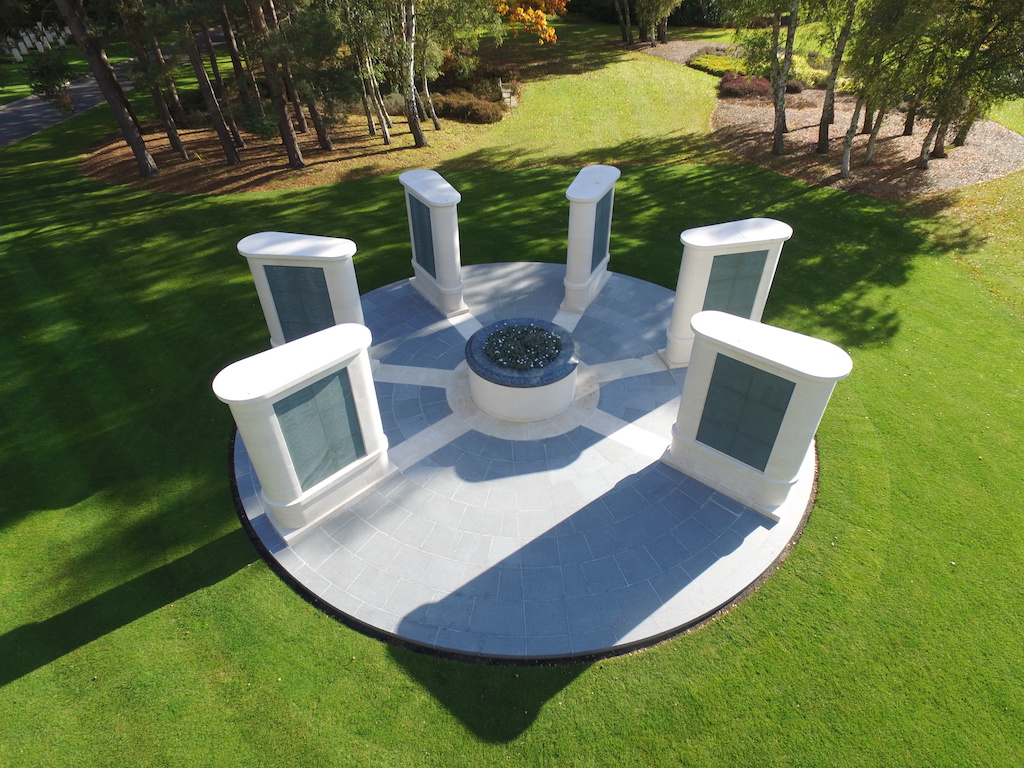 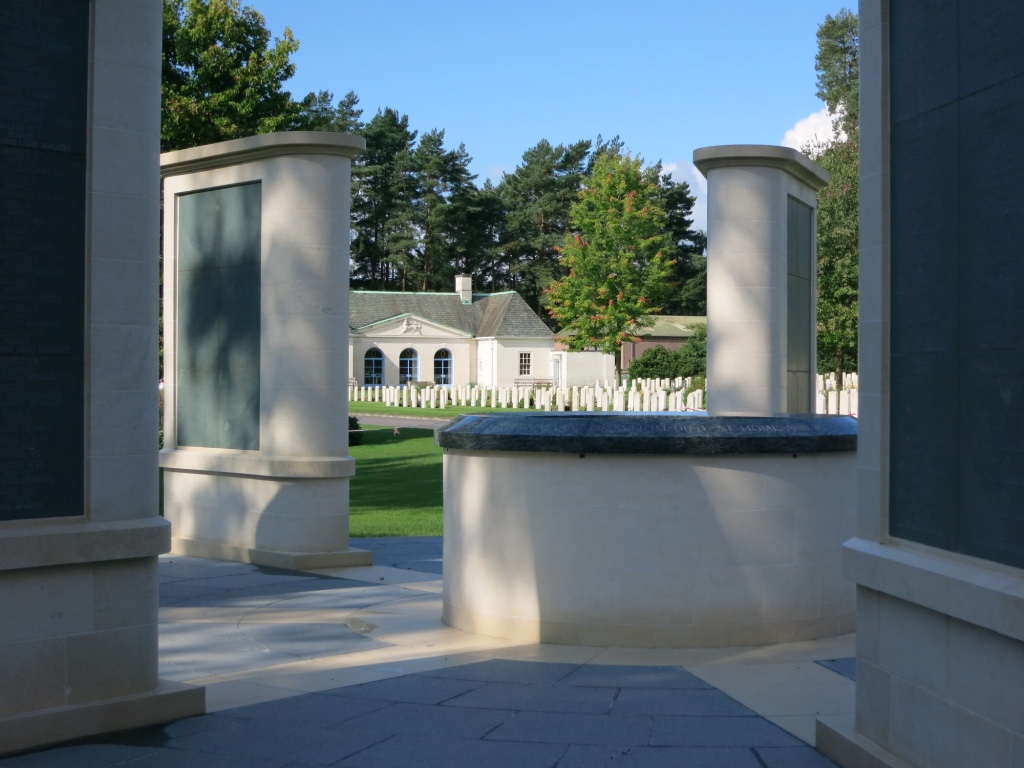 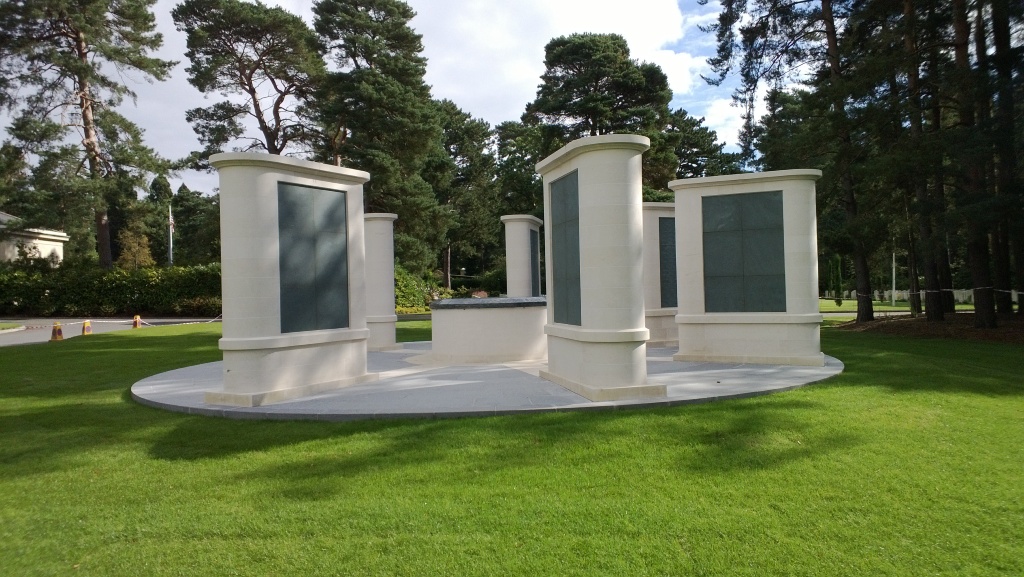 Brookwood is 30 miles from London (M3 to Bagshot and then A322). The main entrance to Brookwood Military Cemetery is on the A324 from the village of Pirbright. There is a direct train service from Waterloo to Brookwood Station from which there is an entrance to the cemetery. The postcode for Brookwood is GU24 0JB. The 1914-1918 Memorial stands on St. Lawrence Avenue, north-east of the 1939-1945 Memorial.

BROOKWOOD MILITARY CEMETERY is owned by the Commission and is the largest Commonwealth war cemetery in the United Kingdom, covering approximately 37 acres.

This site was further extended to accommodate the Commonwealth casualties of the Second World War. There is a large Royal Air Forces section in the south-east corner of the cemetery (which also contains the graves of Czechoslovak and American airmen who served with the Royal Air Force) and the Air Forces shelter building nearby houses the register of the names of those buried in the section. A plot in the west corner of the cemetery contains approximately 2,400 Canadian graves of the Second World War including those of 43 men who died of wounds following the Dieppe Raid in August 1942. The Canadian Records building, which was a gift of the Canadian government, houses a reception room for visitors and other offices.

In addition to the Commonwealth plots, the cemetery also contains French, Polish, Czechoslovak, Belgian and Italian sections, and a number of war graves of other nationalities all cared for by the Commission. The American Military Cemetery is the responsibility of the American Battle Monuments Commission.

The war graves of other nationalities in the Commission's care number 786 including 28 unidentified French.

THE BROOKWOOD 1914-1918 MEMORIAL was designed to commemorate Commonwealth casualties who died in the UK and Ireland who have no known grave. The majority of the casualties are servicemen and women from the land forces of the United Kingdom, who subsequently died in the care of their families. They were not commemorated by the Commission at the time but, through the efforts of relatives and research groups, including the “In From The Cold” Project, these casualties have since been found. There are still many cases to be resolved and the memorial therefore allows for further names to be added.

Unusually and because of the varied circumstances surrounding many of these casualties, investigative work continues and this may lead to the identification of their burial locations. Whenever a casualty’s grave is located and verified, commemoration will move to the burial site and thus some of the entries on the memorial will no longer be required. As a result and when memorial panels are replaced, these entries will be removed.

In addition, the Brookwood 1914-18 Memorial commemorates some land and air forces casualties who were lost at sea. These casualties would normally be commemorated on the Hollybrook Memorial in Southampton, but the memorial panels there are now full and so their commemoration has been added to this memorial.

The BROOKWOOD 1939-1945 MEMORIAL stands at the southern end of the Canadian section of the cemetery and commemorates 3,500 men and women of the land forces of the Commonwealth who died during the Second World War and have no known grave, the circumstances of their death being such that they could not appropriately be commemorated on any of the campaign memorials in the various theatres of war. They died in the campaign in Norway in 1940, or in the various raids on enemy occupied territory in Europe such as Dieppe and St Nazaire. Others were special agents who died as prisoners or while working with Allied underground movements. Some died at sea, in hospital ships and troop transports, in waters not associated with the major campaigns, and a few were killed in flying accidents or in aerial combat.