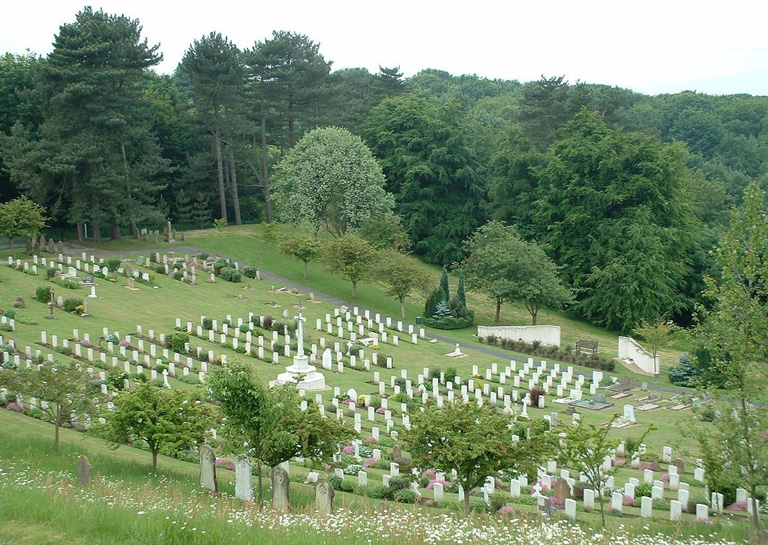 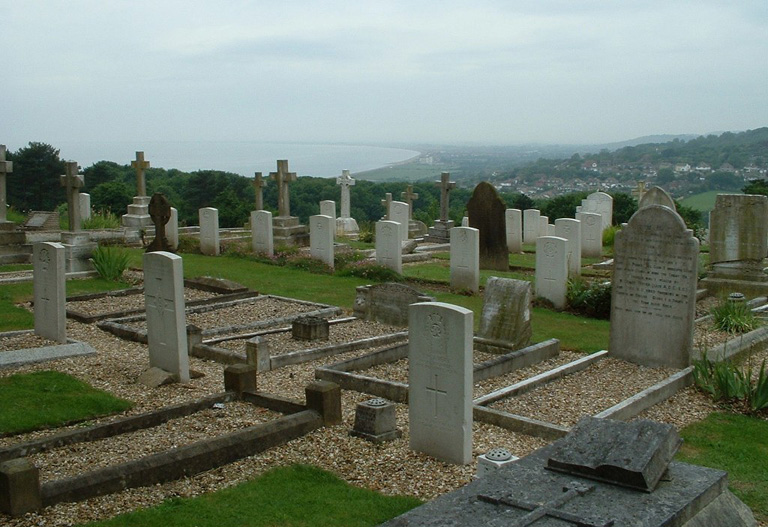 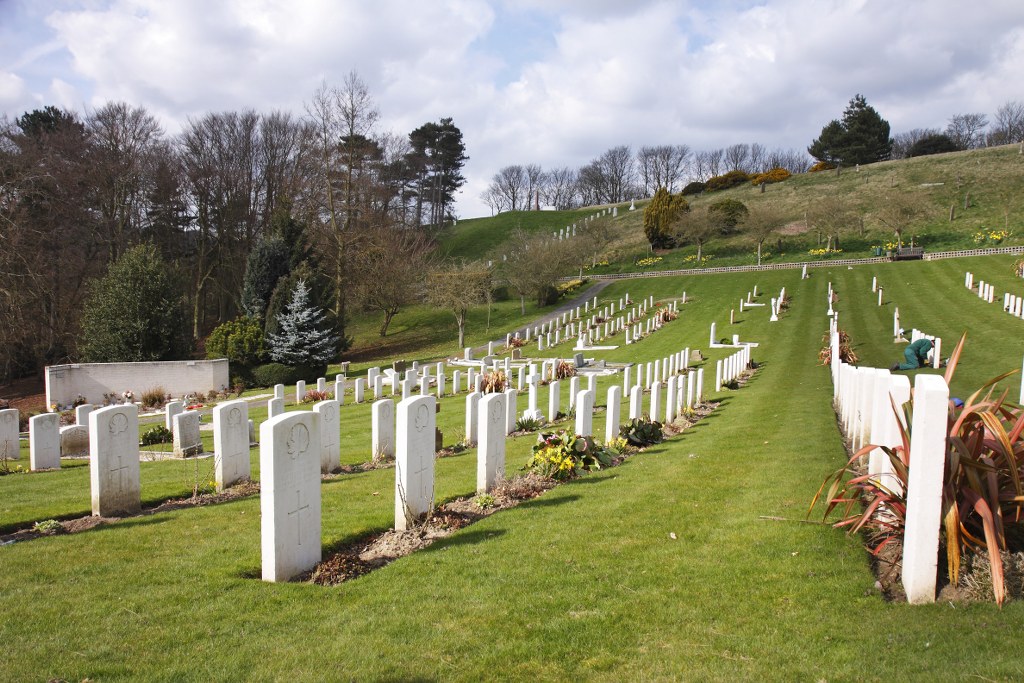 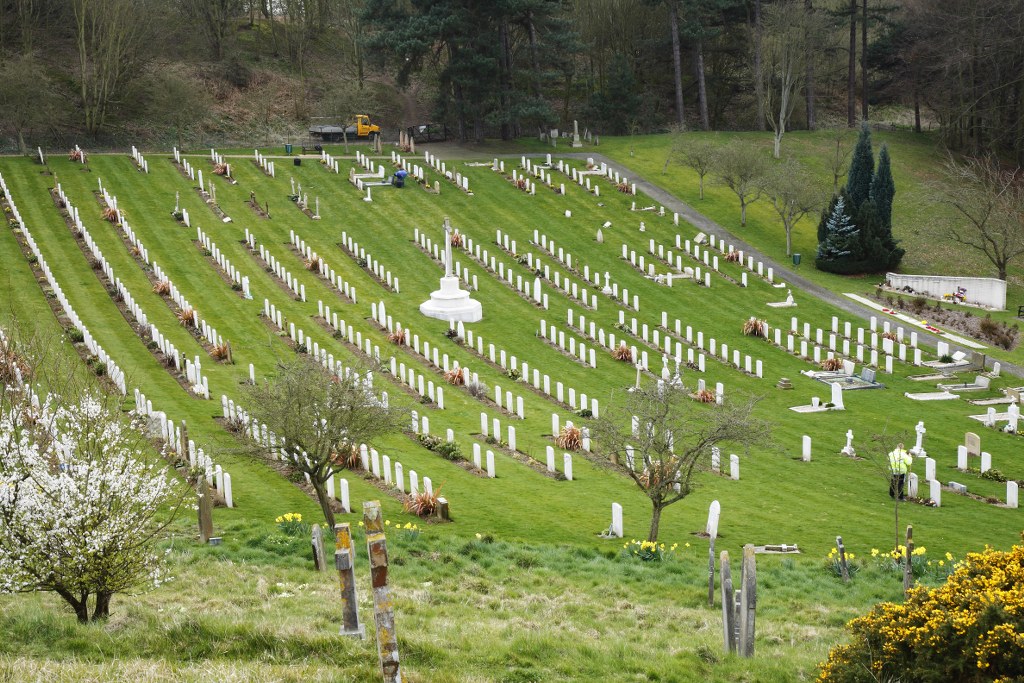 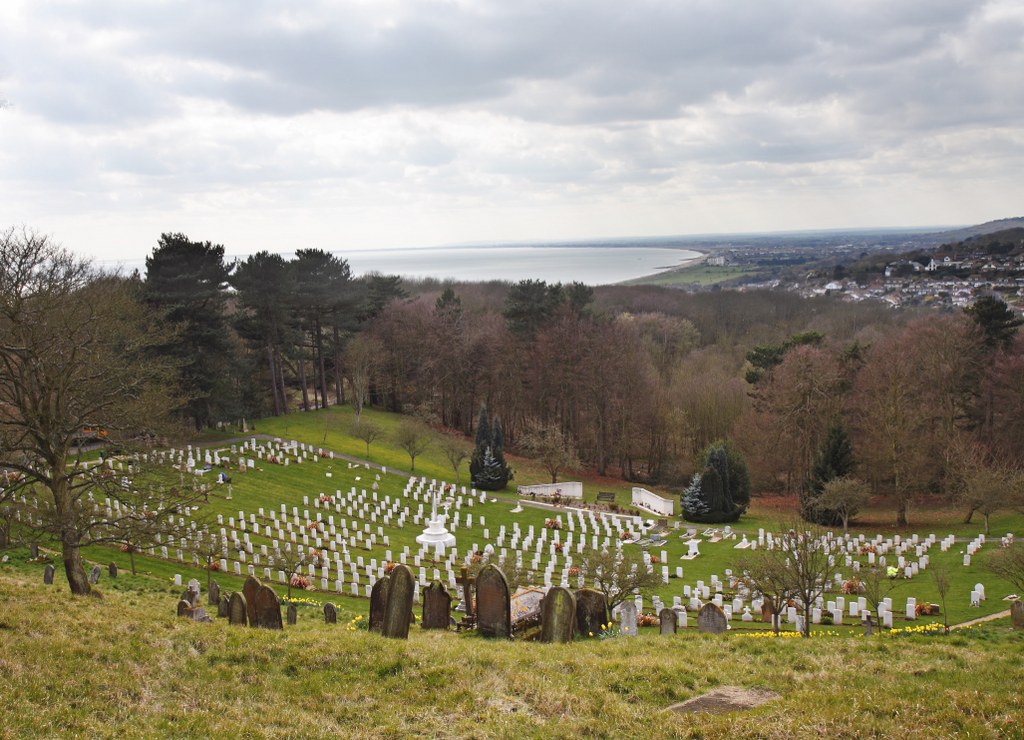 It is close to the military camp at Shorncliffe, 2 miles west of Folkestone on the B2063.

Shorncliffe Military Cemetery belongs to the Ministry of Defence and contains war graves of both World Wars. It is an open cemetery - the pedestrian gate remains unlocked at all times and visitors are welcome all year round.

Shorncliffe Army Camp is a large military camp near Cheriton, Kent. It was established in 1794, when the British Army bought over 229 acres of land at Shorncliffe. In 1803 Sir John Moore trained the Light Division here, which went on to fight under the Duke of Wellington in the Napoleonic Wars.

Shorncliffe Military Cemetery is thought to have been established in the early 1850’s, with the first recorded burial taking place in August 1856. The records held by the MOD suggest that the site was created with the sole purpose of the interment of military casualties, and their family, at this time. At the outbreak of the First World War the Cemetery was extended down the hill.

Shorncliffe was used as a staging post for troops destined for the Western Front during the First World War. In April 1915 a Canadian Training Division was formed there and a number of Canadian military establishments were centred on Shorncliffe. There were camps and a Machine Gun School which were served by the Shorncliffe Military Hospital (later No. 9 Canadian General), the Moore Barracks Military Hospital (later No. 11 Canadian General), and other Canadian hospitals. The Canadian Army Medical Corps Training Depot was at or near Shorncliffe during almost the whole of the war. On three occasions Canadian soldiers were killed during air raids on Shorncliffe.

In April 1917 a camp for Chinese labourers opened in Folkestone and over 94,000 men passed through the town on their way to France to help the Allies on the Western Front. Around 2,000 Chinese labourers remained at Shorncliffe however, working at the Army Camp and the various military hospitals.

In 1917 a Belgian mausoleum was erected (through funds raised by Belgian refugees in the UK), it was built over the graves of 18 Belgian soldiers who had died at Shorncliffe Military Hospital. Sadly by 1959, the mausoleum had fallen into disrepair and it was demolished, being replaced with a screen wall.

Shorncliffe Military Cemetery contains a total of 471 First World War burials, more than 300 of which are Canadian, and 6 are Chinese Labour Corps.

During the Second World War Shorncliffe was again used as a staging post. There is evidence of shrapnel damage to the headstones and Private Memorials in Plots P & R from various air attacks between August and October 1940. During the Battle of Britain the cemetery was below the direct flight path from France to Hawkinge Aerodrome. There are 81 burials from the Second World War, including 1 unidentified British soldier from 1940 and 1 Polish soldier.

Since the Second World War the MOD have used Shorncliffe Military Cemetery for further burials and cremations. In 1995, Plot M was extended and then in 2016 the site was extended again with the creation of Plot AA. There are around 350 non-war MOD graves in cemetery.