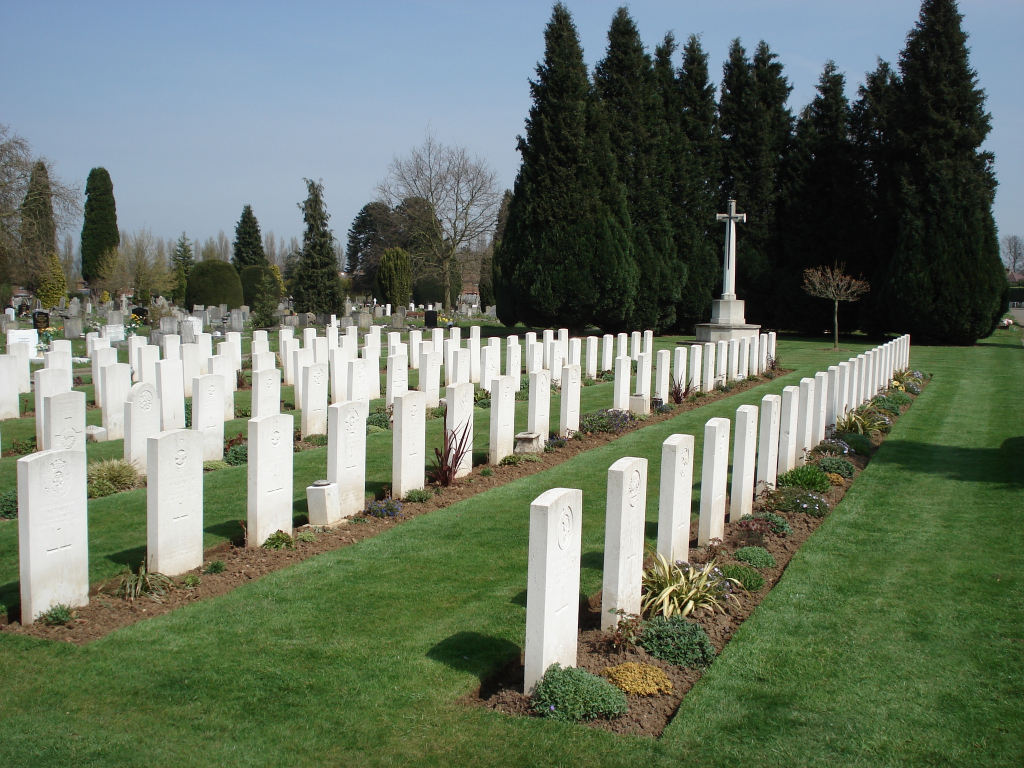 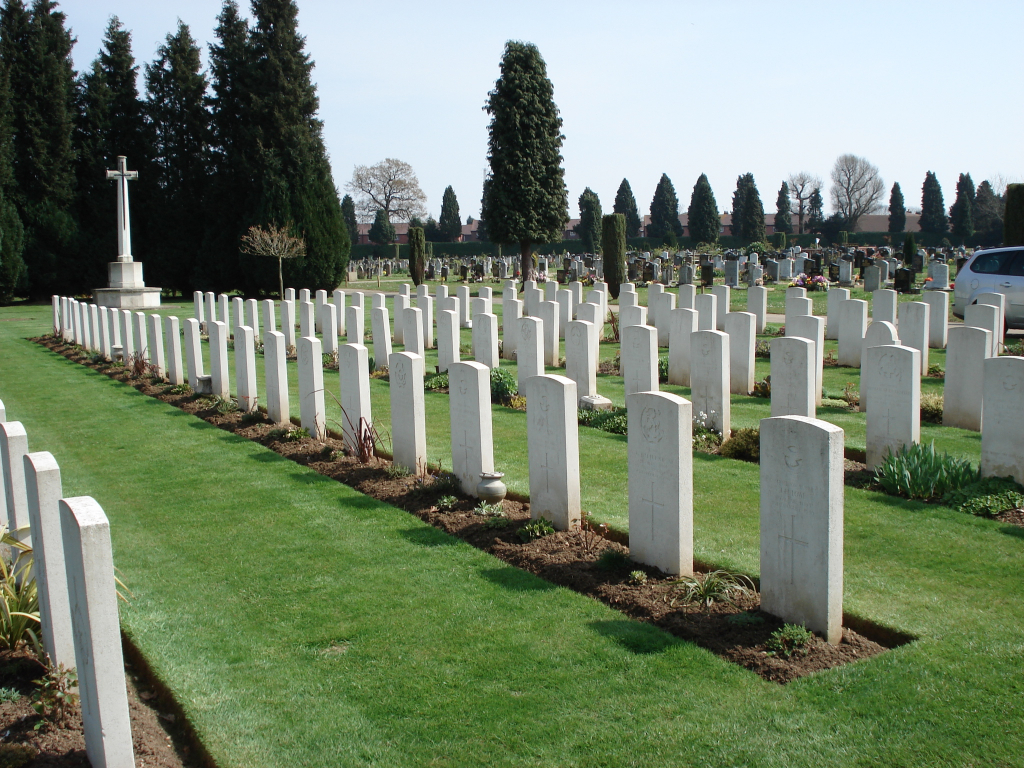 The depot of the Queen's Own Royal West Kent Regiment was at the barracks at Maidstone during both wars and during the Second World War numerous units of the armed forces were grouped in this part of Kent when it was expected that the Germans would attempt an invasion.

Like the rest of Kent, Maidstone and the surrounding district suffered much damage and many casualties from the constant attention from enemy planes and long range shore guns across the Channel. Nearby Detling aerodrome was one of the RAF's fighter airfields as was West Malling aerodrome. Both were put out of action for short periods during the Battle of Britain.

Maidstone Cemetery contains 176 burials of the Second World War, more than half of them in a war graves plot in Section CC. The plot also contains 17 German and 1 Dutch grave. Special memorials commemorate 7 men who were among 16 killed by a bomb at Detling aerodrome in August 1940. They are buried in adjacent graves but could not be individually identified.

The 52 First World War burials are scattered throughout the cemetery.