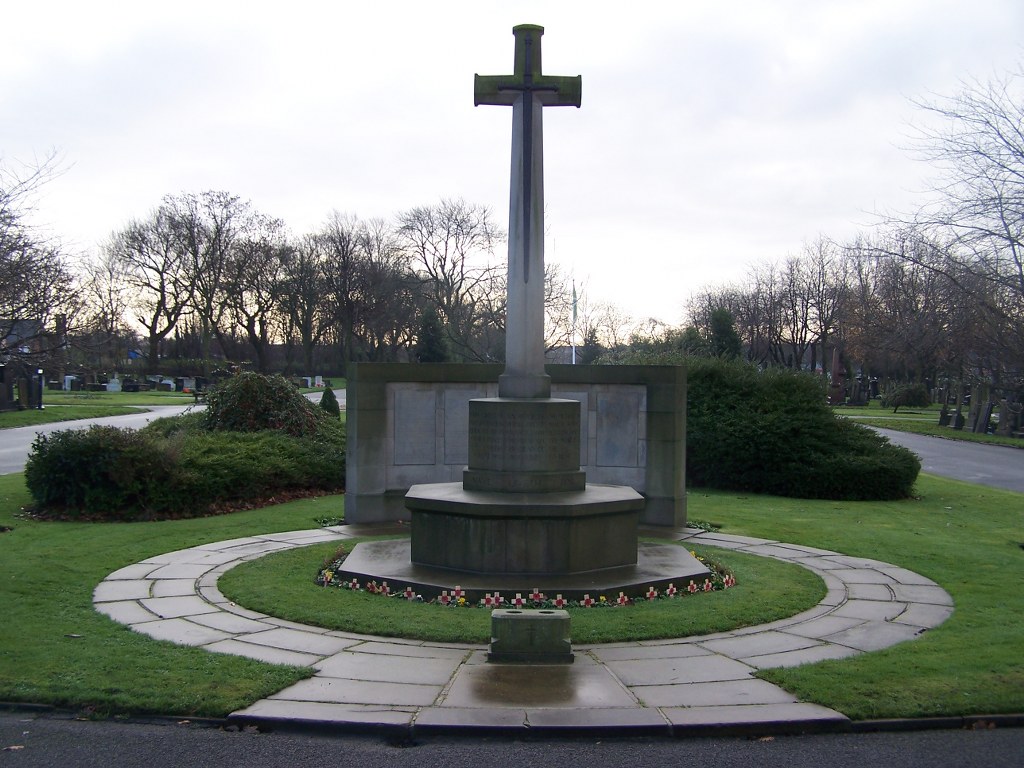 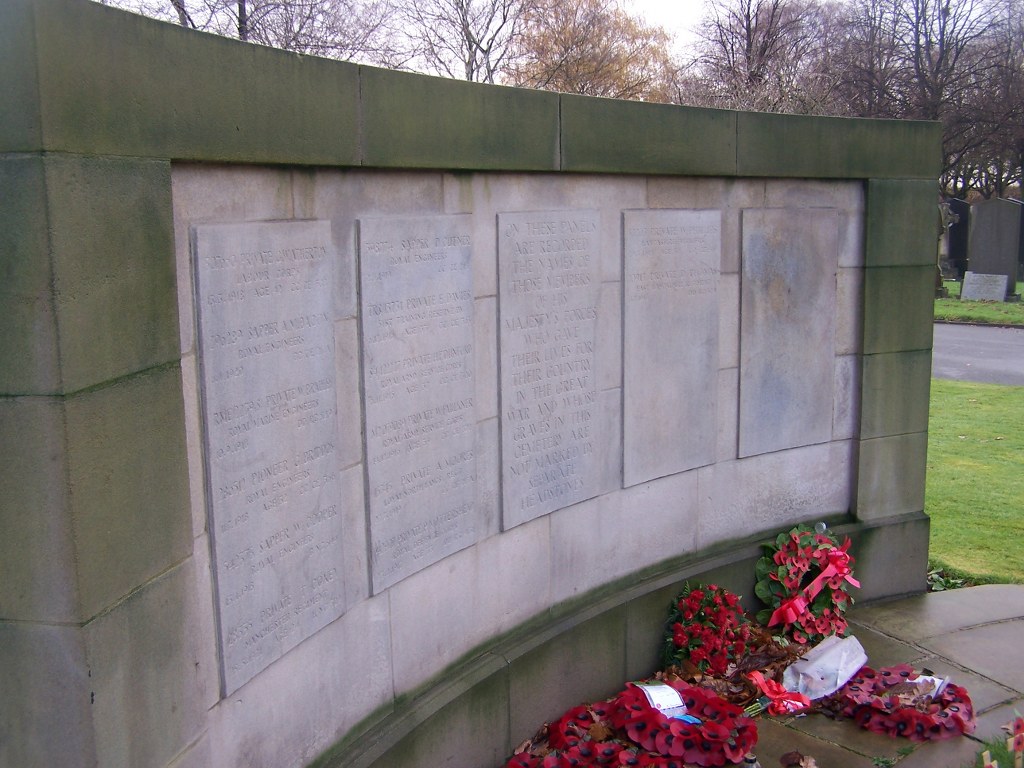 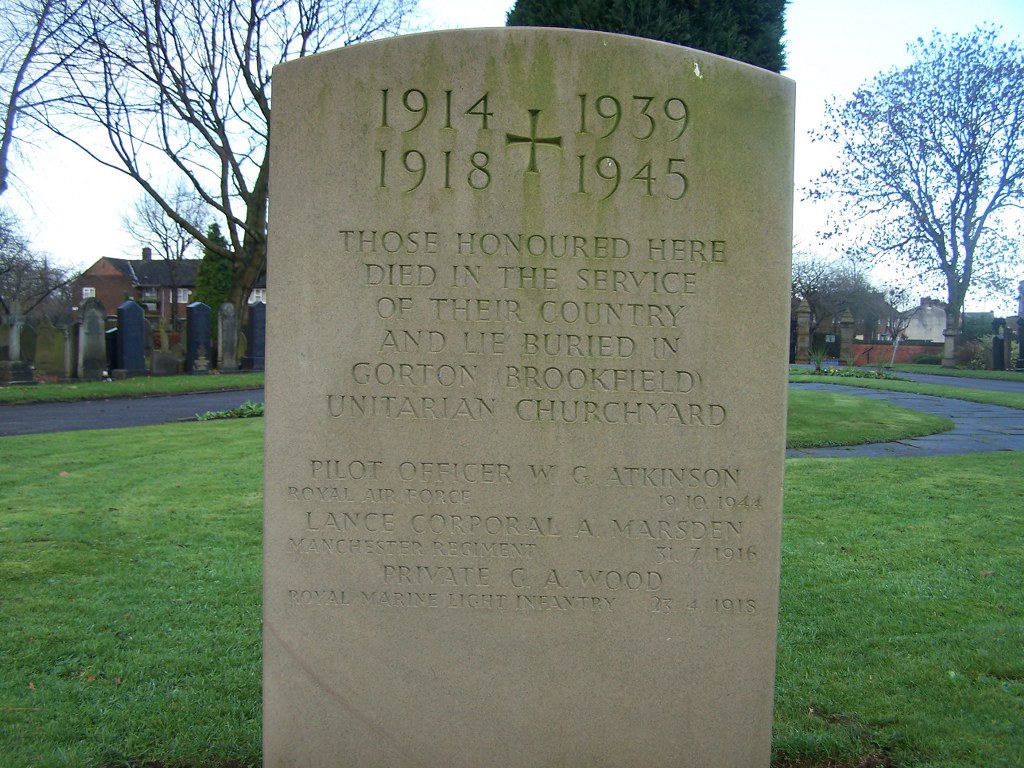 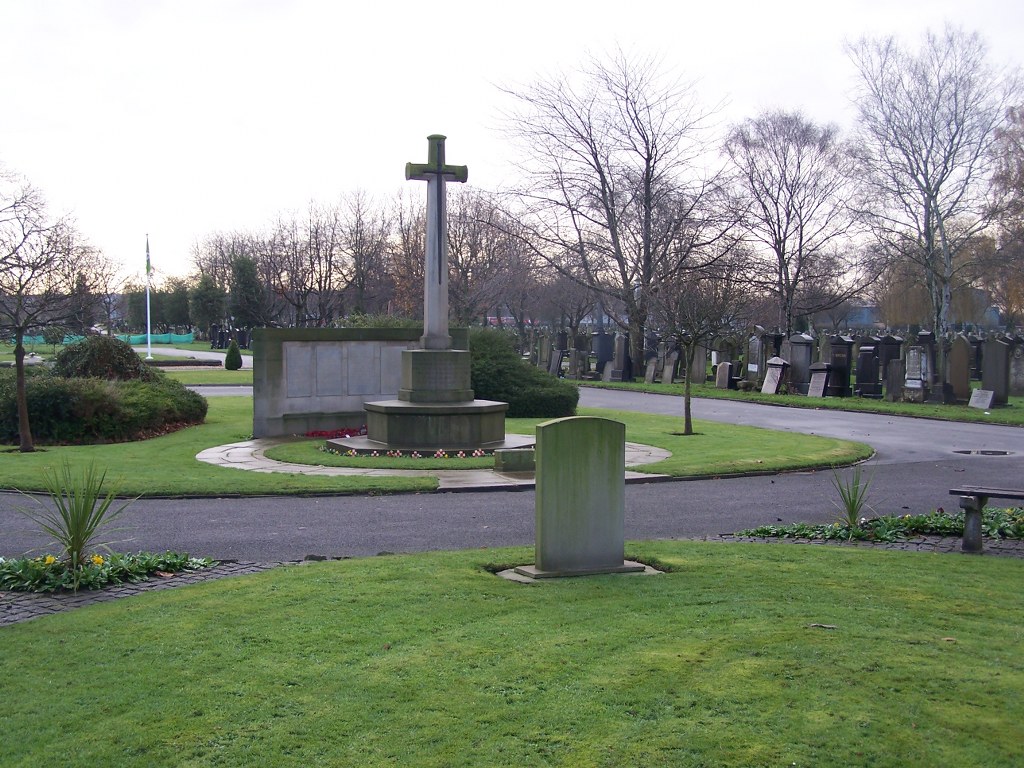 During the First World War, Manchester contained between thirty and forty war hospitals, including the 2nd Western General Hospital and the Nell Lane Military Hospital for prisoners of war. Many of those buried in the cemeteries and churchyards of the city died in these hospitals. During the Second World War, there was a Royal Air Force Station at Heaton Park, Manchester. There are now 69 First World War casualties and 88 from the Second World War buried or commemorated in Manchester (Gorton) Cemetery. The burials are scattered throughout the cemetery and a Screen Wall bears the names of 15 First World War casualties whose graves could not be individually marked. There are also three Special Memorials commemorating casualties whose graves in Gorton (Brookfield) Unitarian Chapelyard can no longer be maintained. The cemetery also has a Cross of Sacrifice.