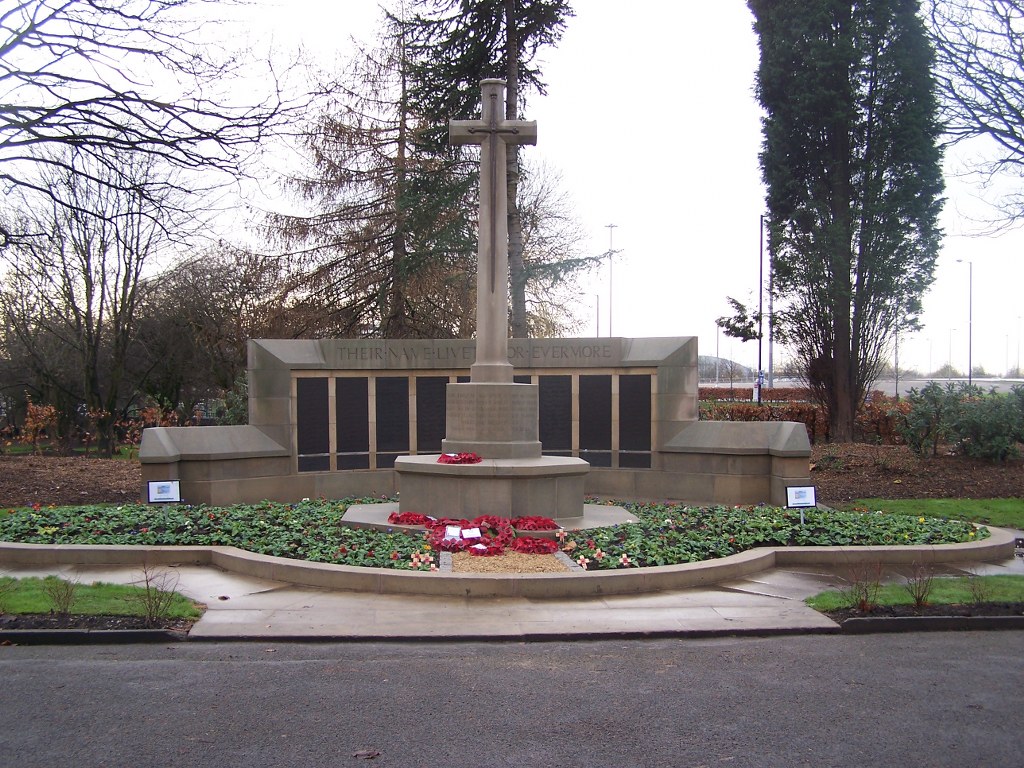 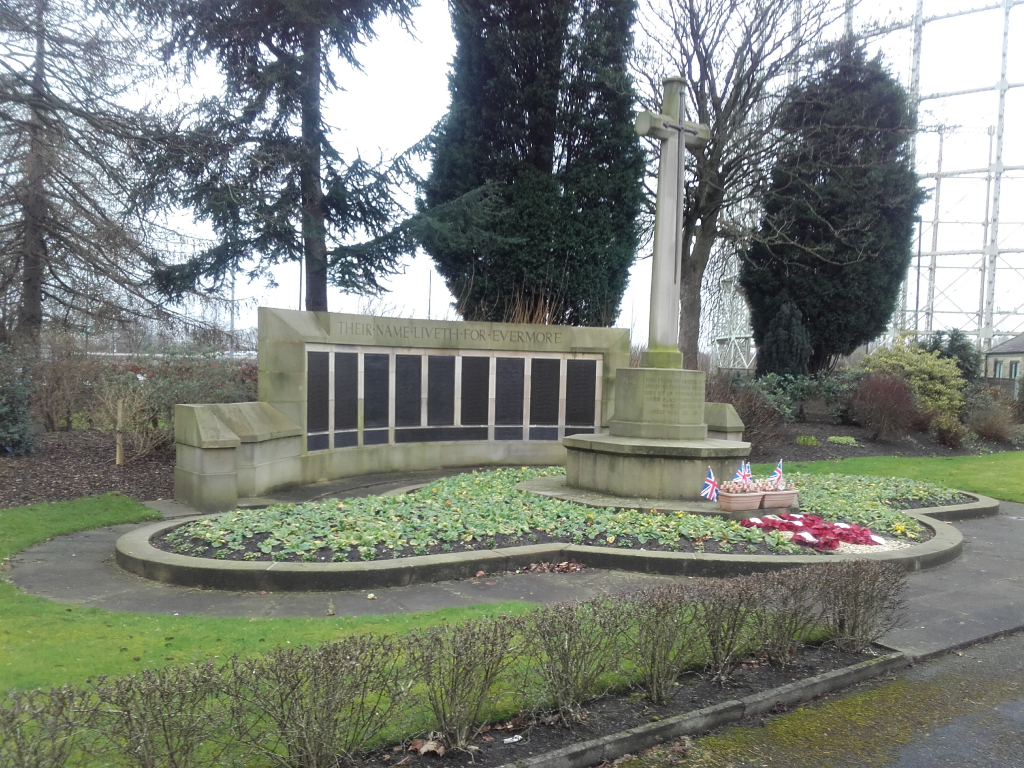 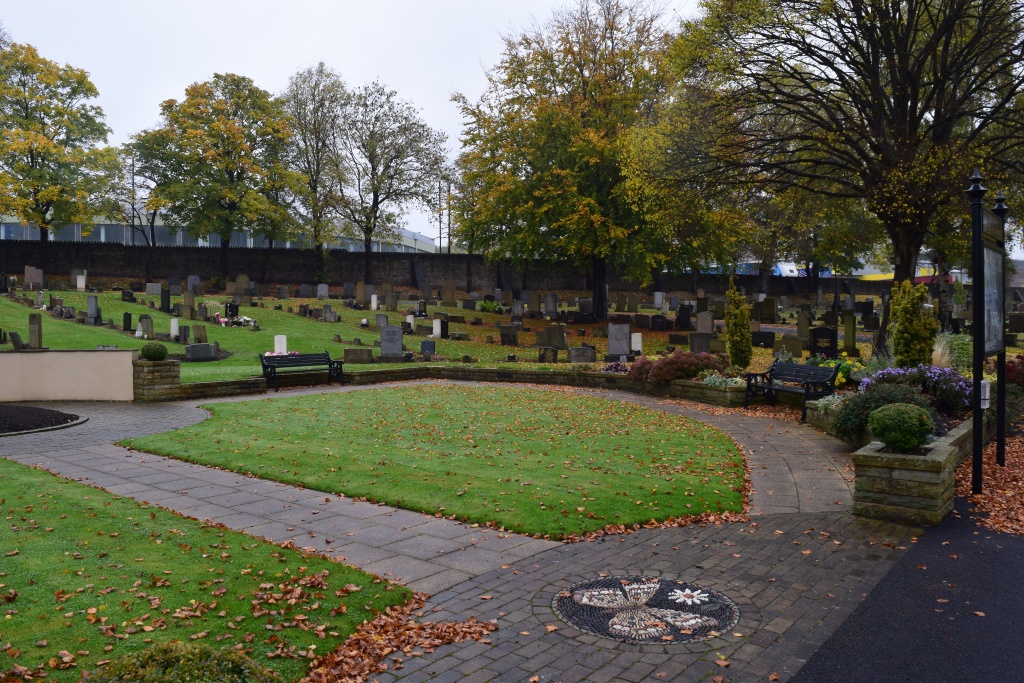 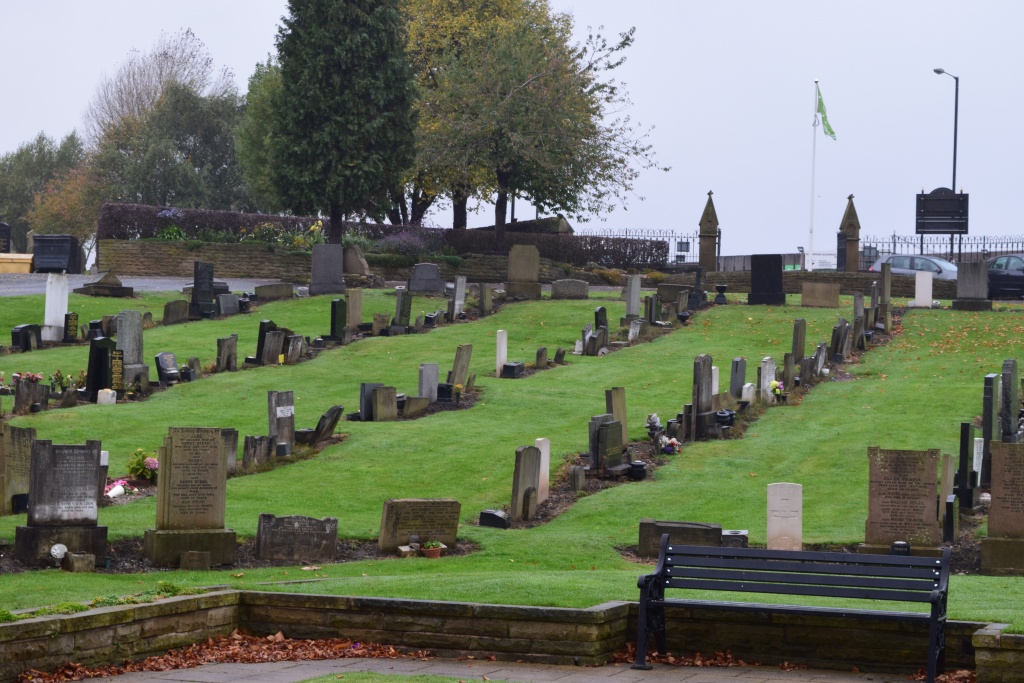 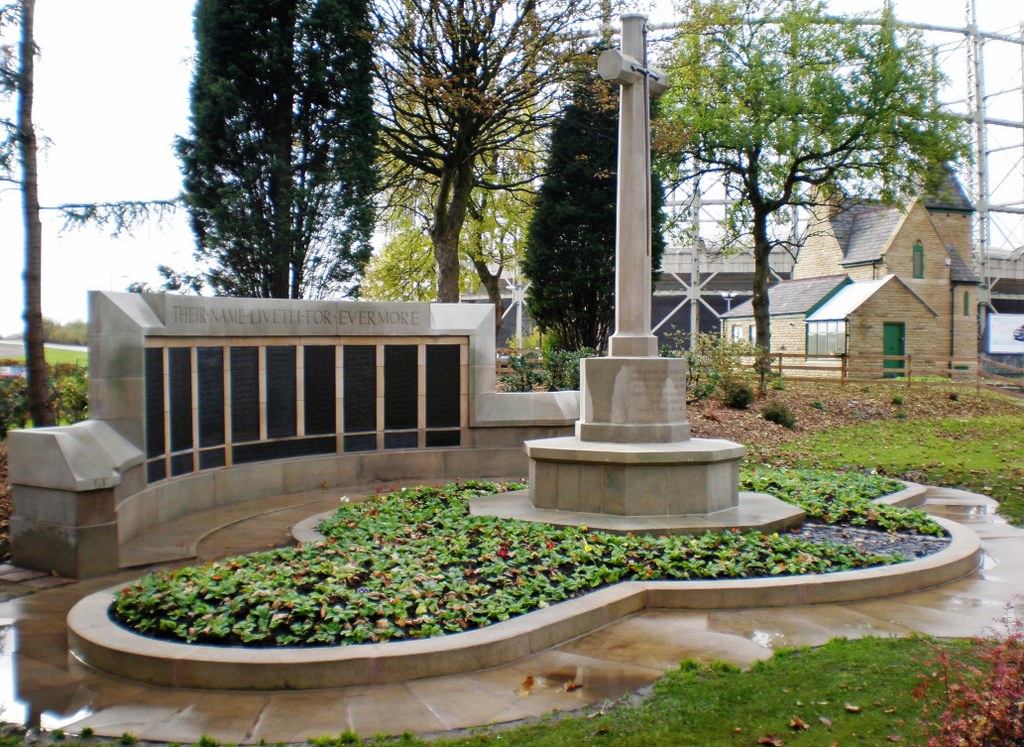 Manchester (Philips Park) Cemetery contains 274 First World War burials and 174 from the Second World War. The burials are scattered throughout the cemetery, a Screen Wall near the main entrance bears the names of those casualties of both wars whose graves could not be individually marked. There is also one non-war service burial in the cemetery. A Cross of Sacrifice stands beside the Screen Wall.