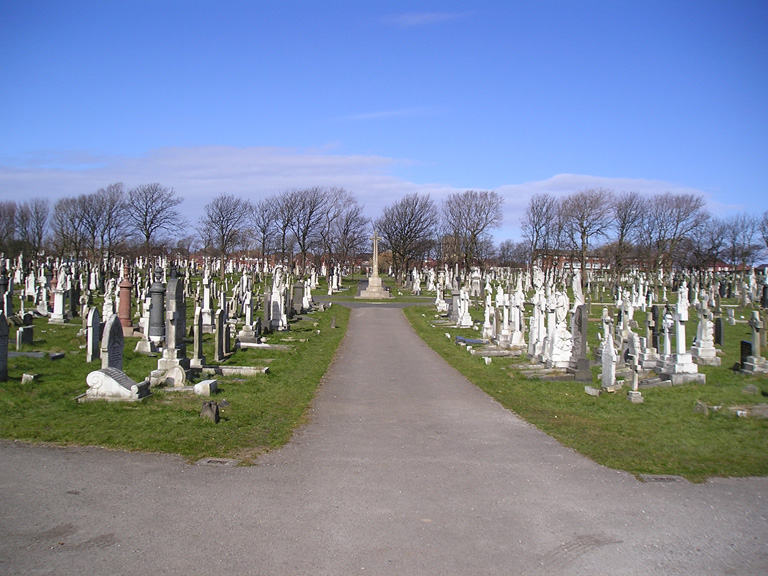 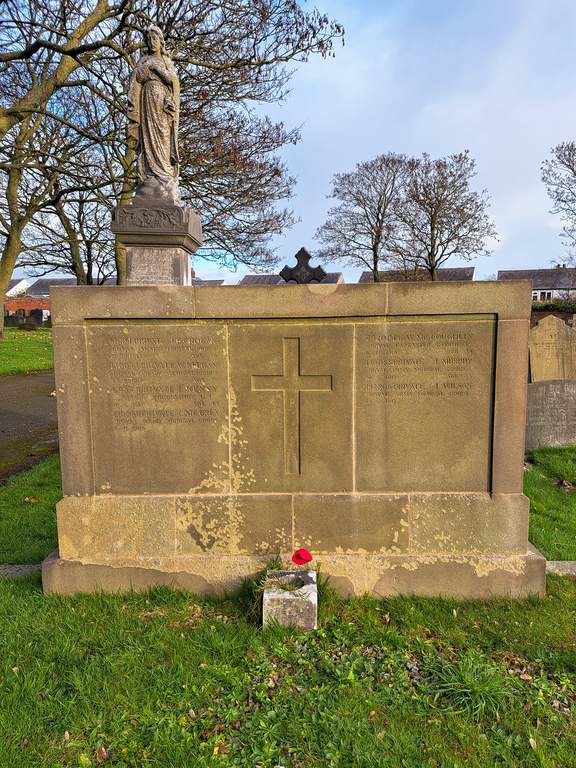 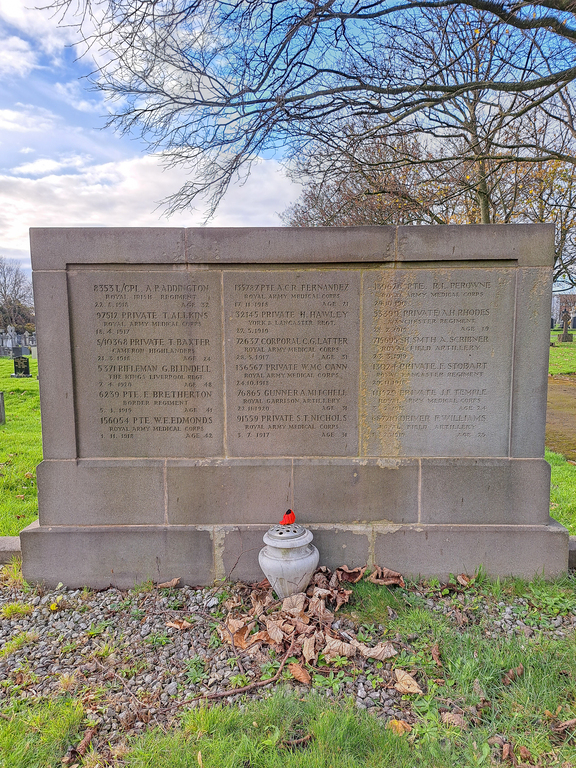 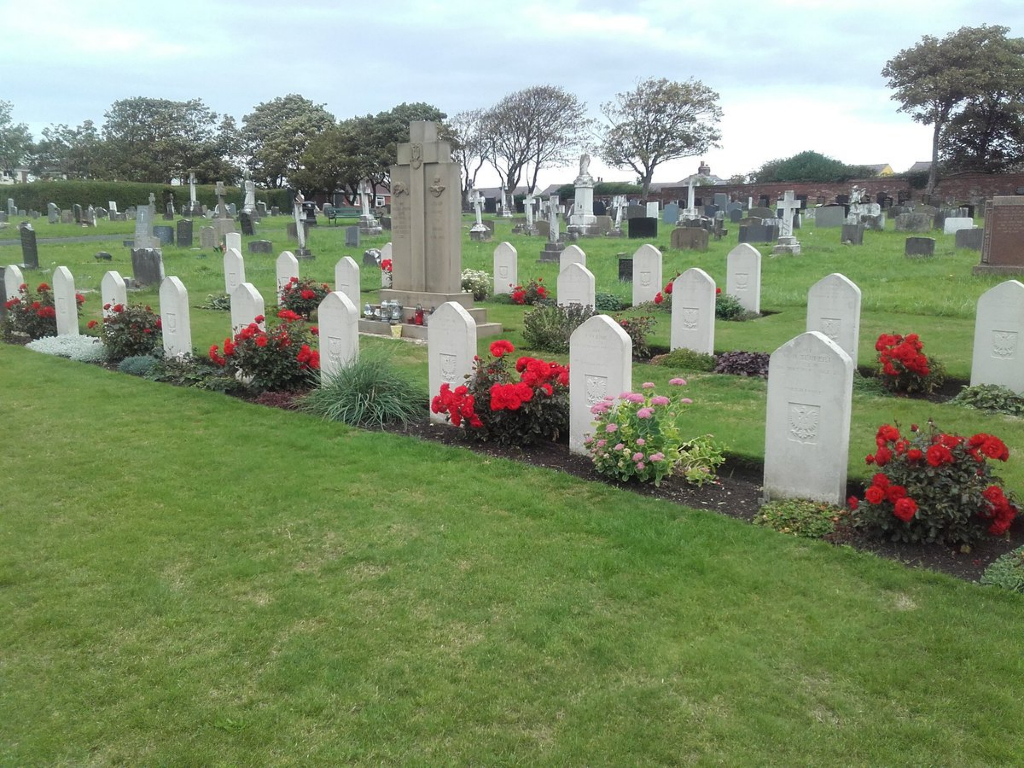 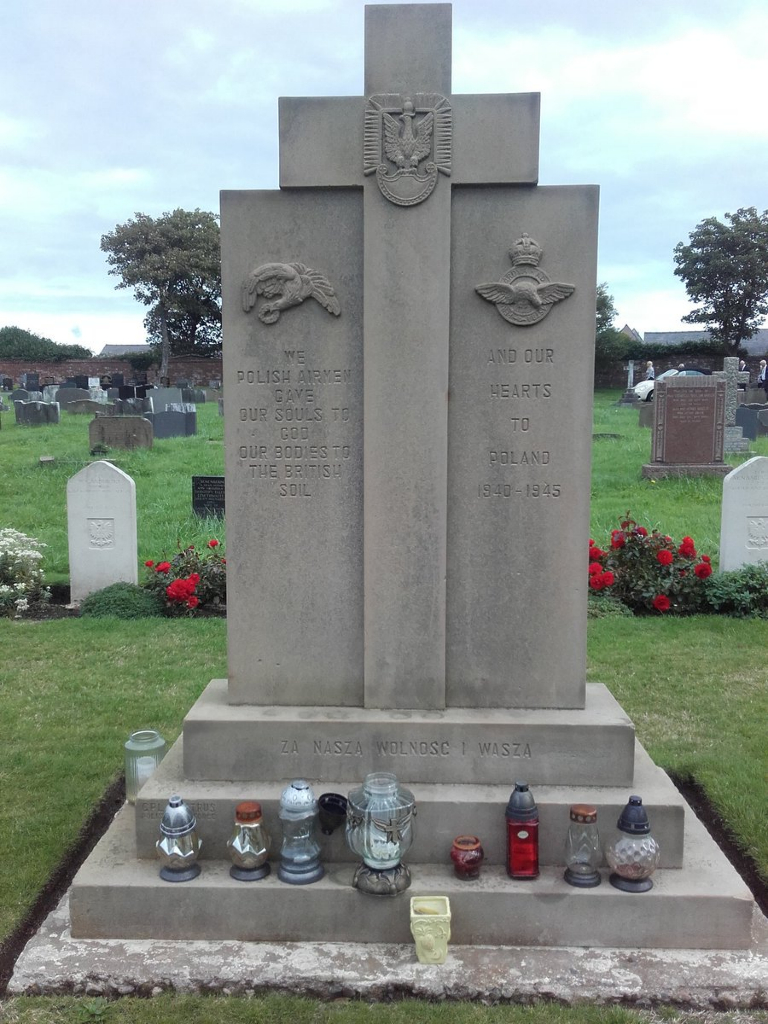 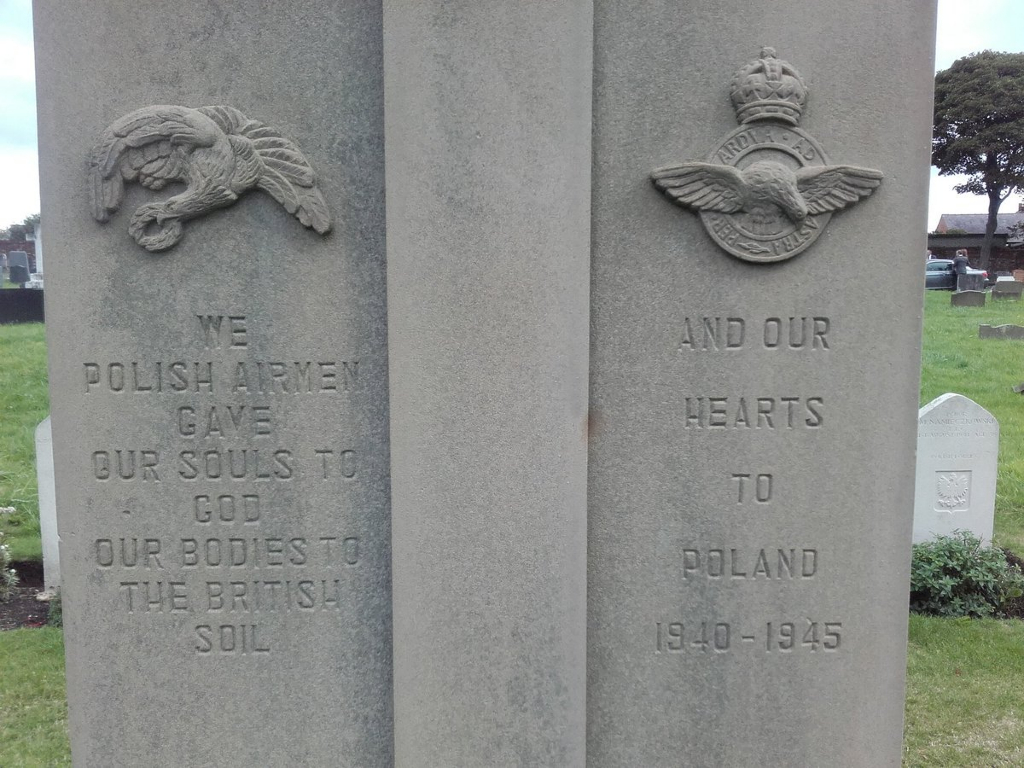 Blackpool (Layton) Cemetery is on the road to Fleetwood and Poulton. It contains 138 Commonwealth War Graves, and a War Cross is erected in the main drive.

In October 1915, the 4,600 bed King's Lancashire Military Convalescent Hospital opened in Blackpool and early in 1917, the town became a Royal Army Medical Corps training centre. During the Second World War, there were units of the Polish forces stationed at Blackpool and the Polish Air Force had its headquarters at Talbot Square. Blackpool (Layton) Cemetery contains 139 scattered burials of the First World War and 39 from the Second World War. A Yugoslav airman is also buried in the cemetery and there are 26 Polish war graves together in a group. A Cross of Sacrifice stands on the main drive.