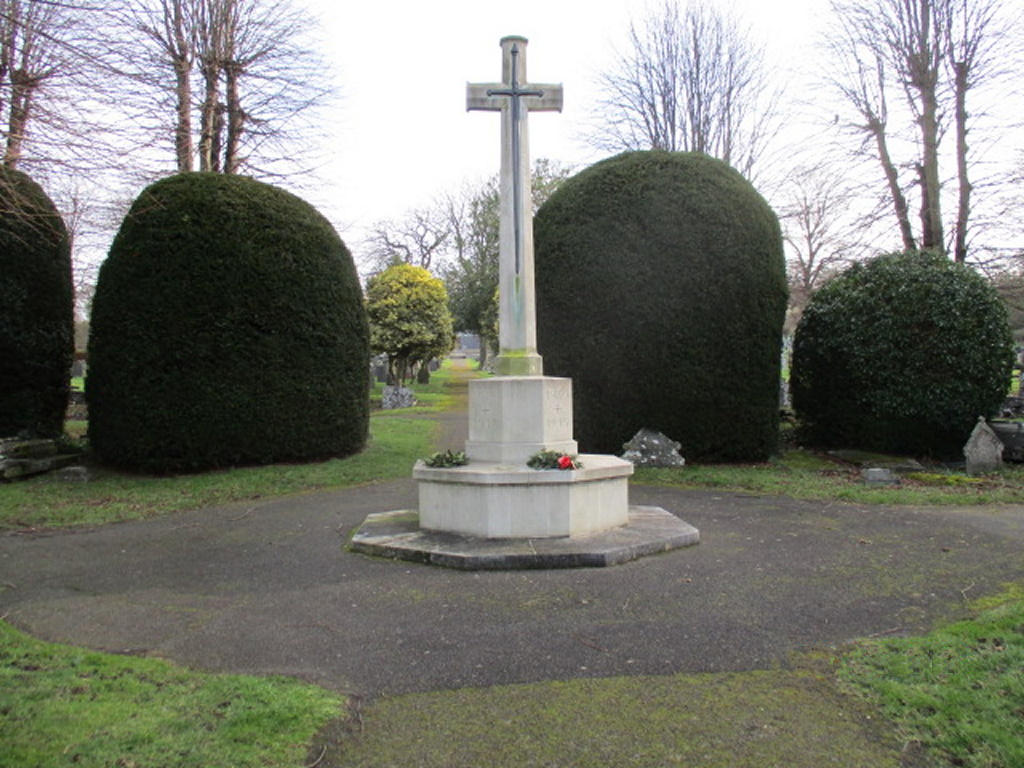 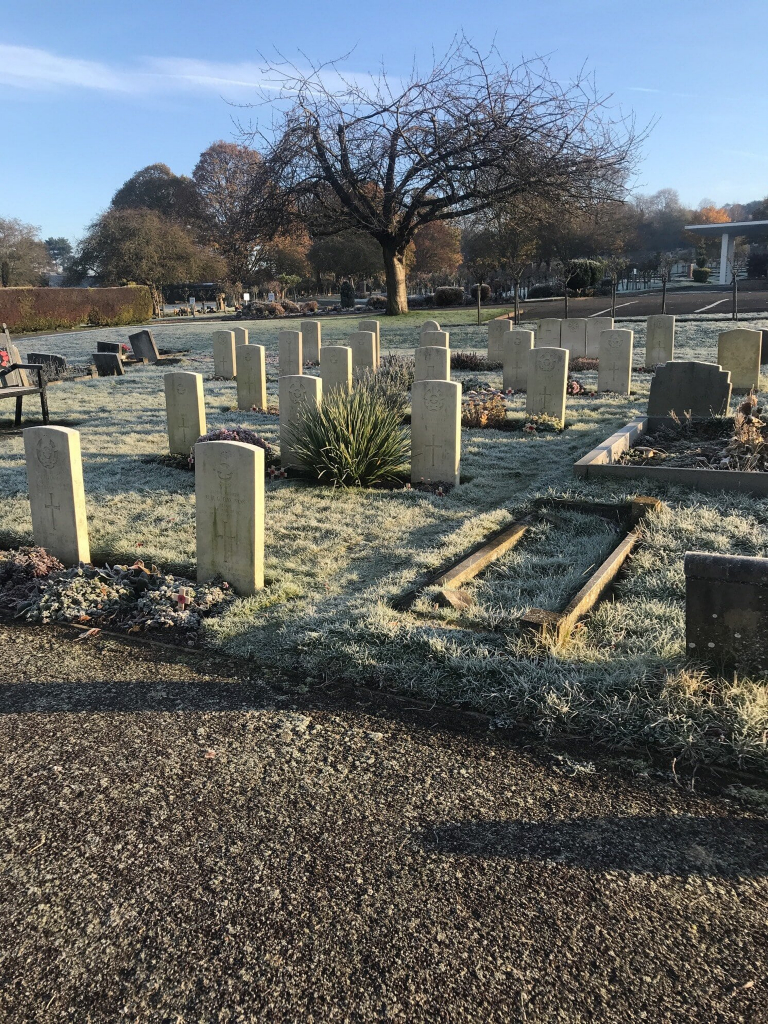 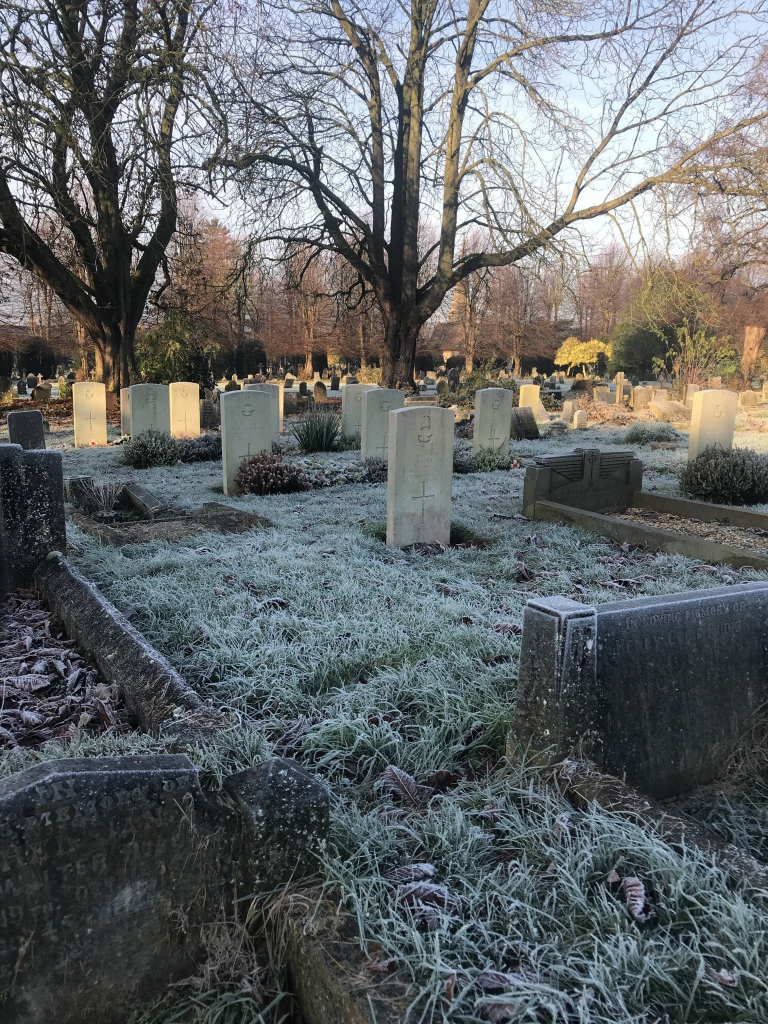 Grantham is a market town in the southern part of Lincolnshire, 25 miles south-south-west of the city of Lincoln. Grantham Cemetery is at New Somerby on the eastern side of the town.

During the First World War there were machine gun camps and depots at Belton Park, on the Lincoln Road, and at Grantham a 620 bed military hospital. Most of the First World War burials are scattered throughout the cemetery but a number of Australian and New Zealand machine gunners are buried together in Section 15. During the Second World War there was a Royal Air Force station at Grantham and there is a small group of RAF graves is Section 17. Other Second World War graves are in a small war graves plot in Section 19, opposite the town's memorial to the civilian war dead, and the remainder are in various other parts of the cemetery. The Cross of Sacrifice is near the eastern side of the cemetery, between sections 2 and 3 and serves as a central memorial to the service men of both wars buried here. Grantham Cemetery contains 55 Commonwealth burials of the First World War and 58 from the Second. There is also one Dutch war grave.