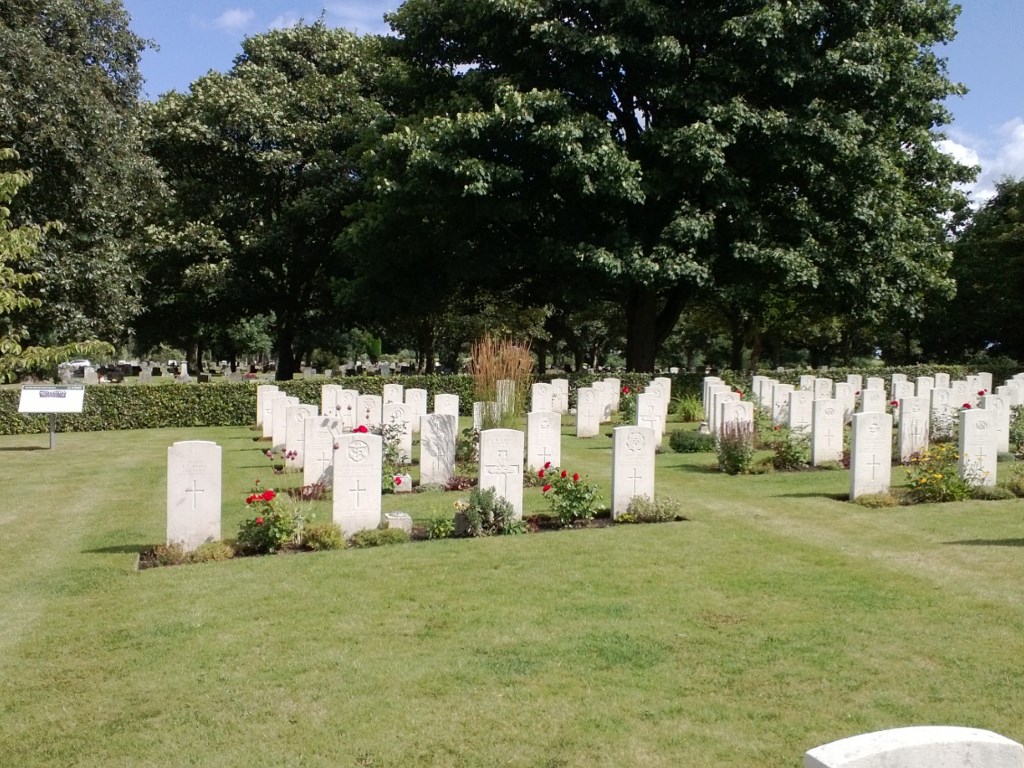 A Visitor Information Panel has recently been installed at Grimsby (Scartho Road) Cemetery to provide information about the war casualties buried here. This is one of many panels being erected to help raise awareness of First and Second World War graves in the UK (Aug 2013).

Grimsby (Scartho Road) Cemetery contains 291 scattered burials of the First World War, many of them seamen who served with the Auxiliary Patrol which operated out of Grimsby. Included in the total are special memorials to three casualties buried in Grimsby Old Cemetery where their graves could no longer be maintained.

During the Second World War, boats of the Grimsby fishing fleet were attacked at sea, and the town and port were bombed many times, incurring casualties among servicemen as well as civilians. The cemetery contains 261 Second World War burials, almost 200 of them forming a war graves plot. There are also 17 war burials of other nationalities, many of them German prisoners of war from the camp at nearby Weelsby.