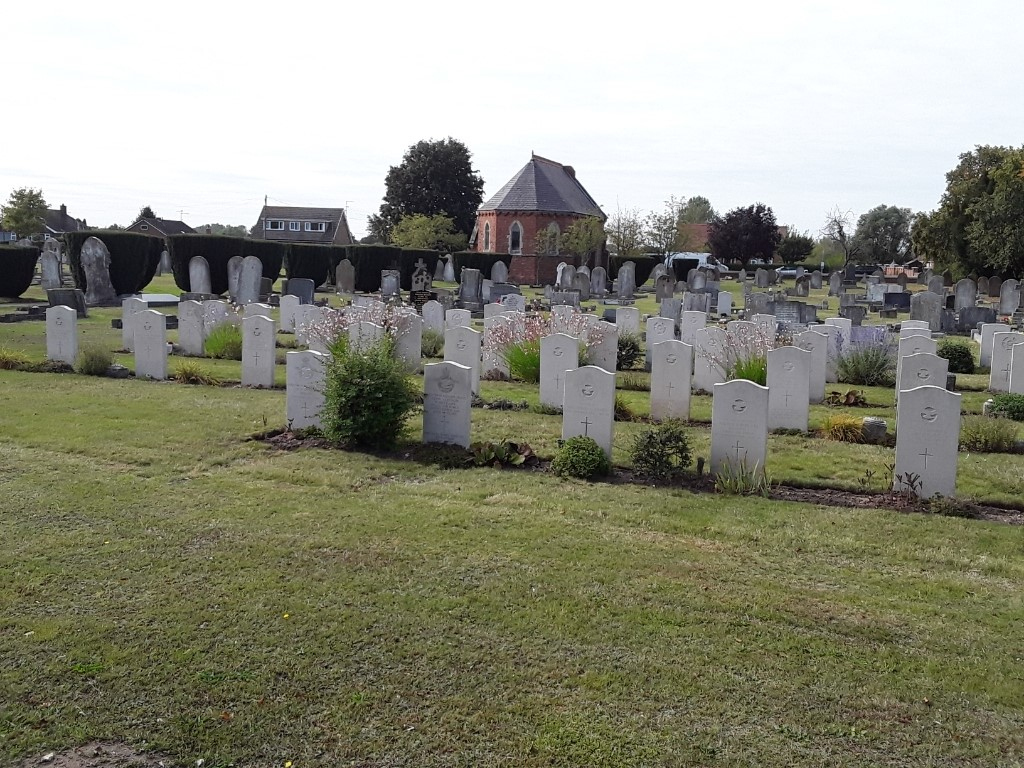 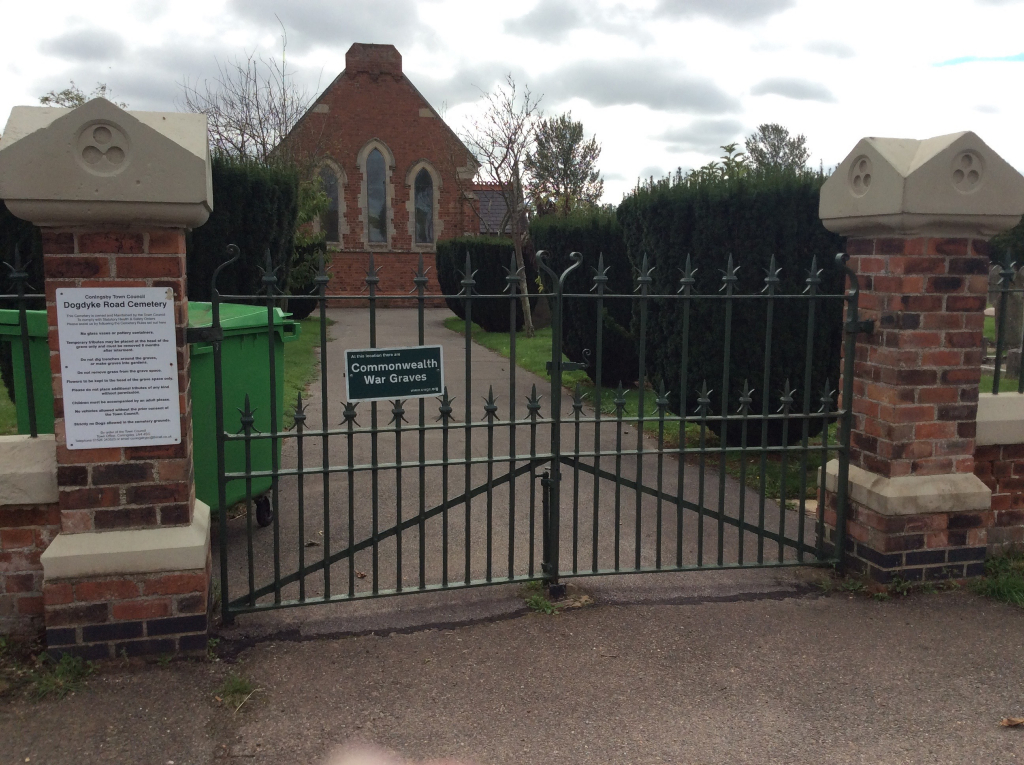 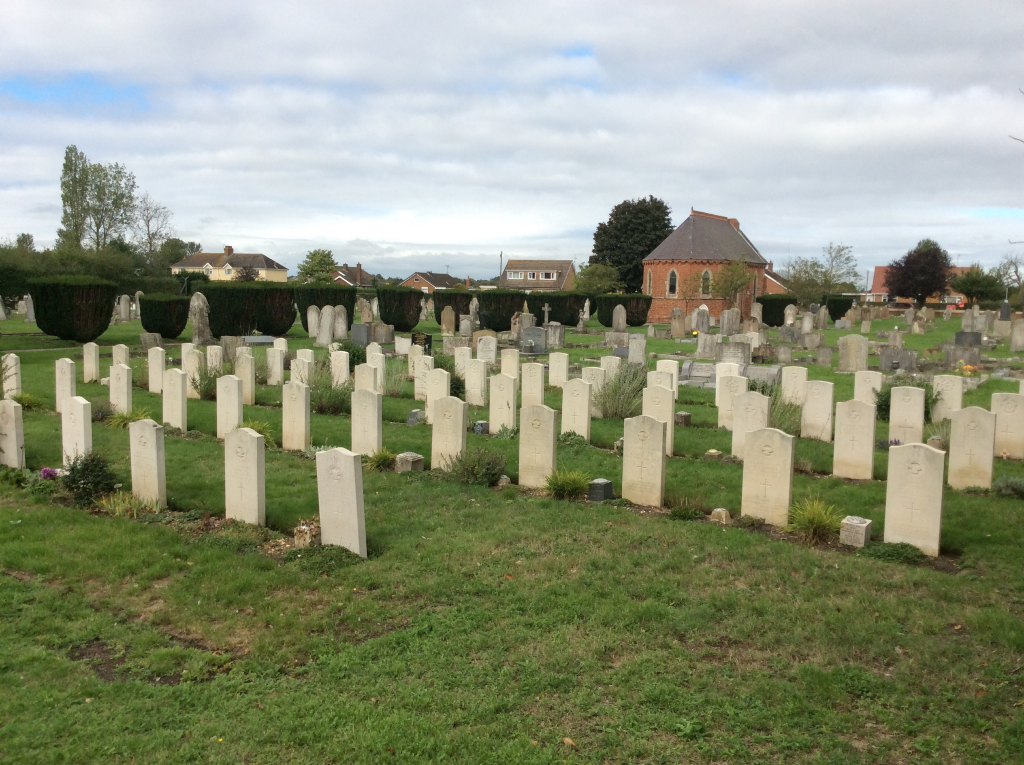 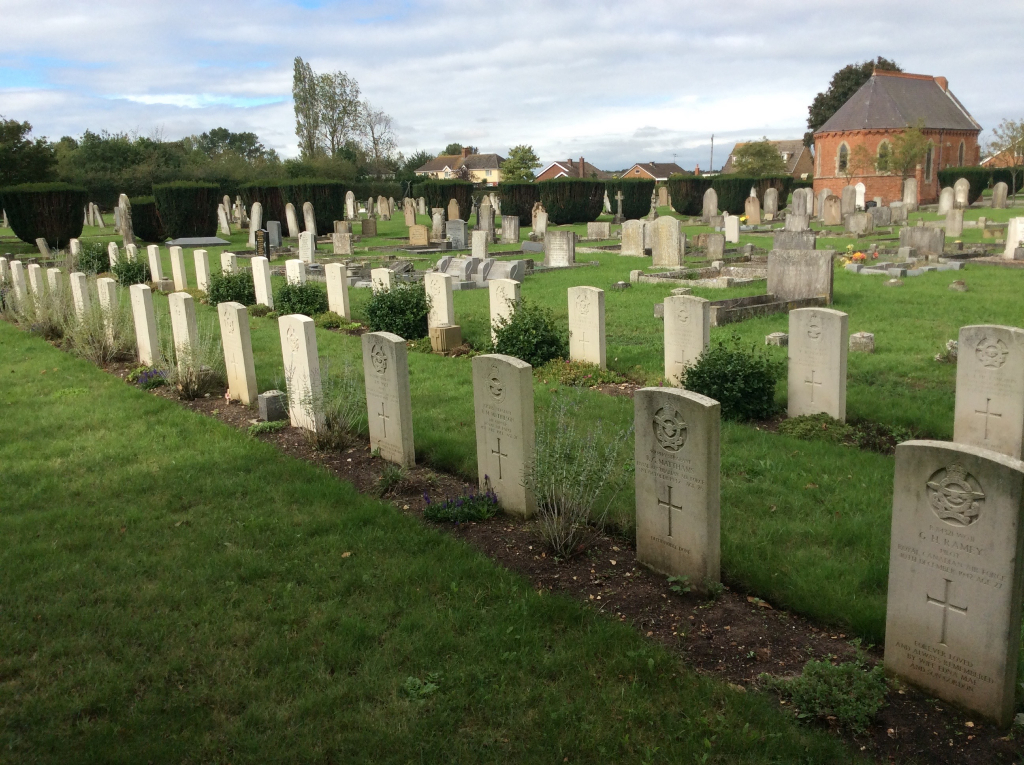 Coningsby is 7 miles South-West of Horncastle.

During the Second World War Coningsby was a Royal Air Force station and all but one of the war burials are those of airmen. The graves are in a special plot in the north-eastern corner.