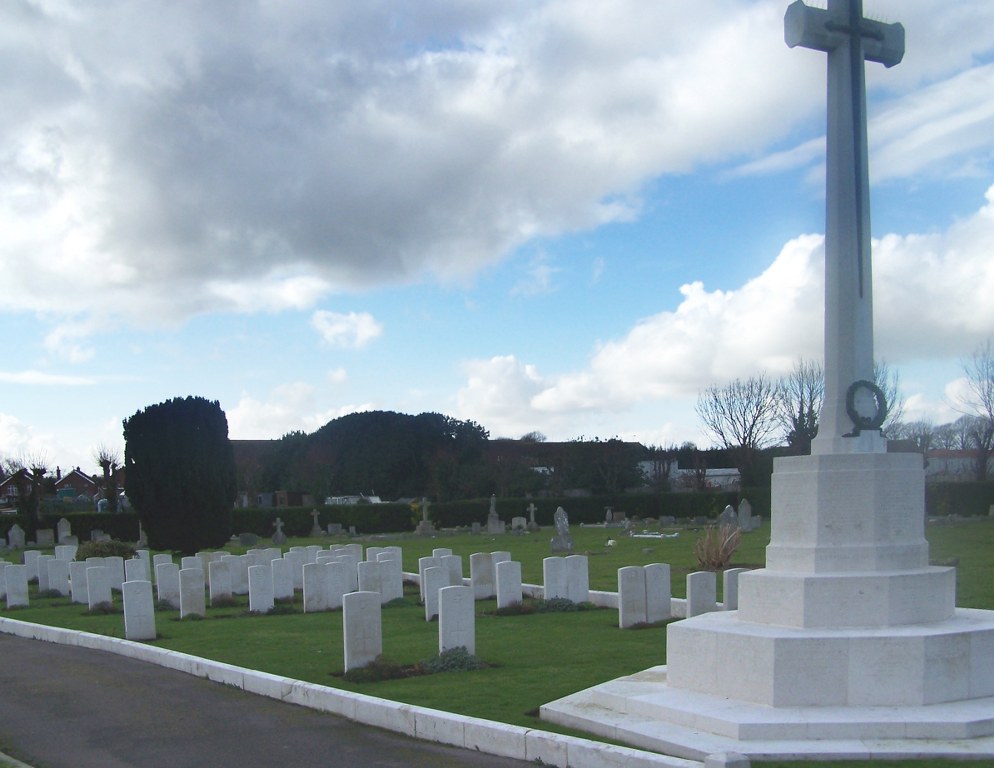 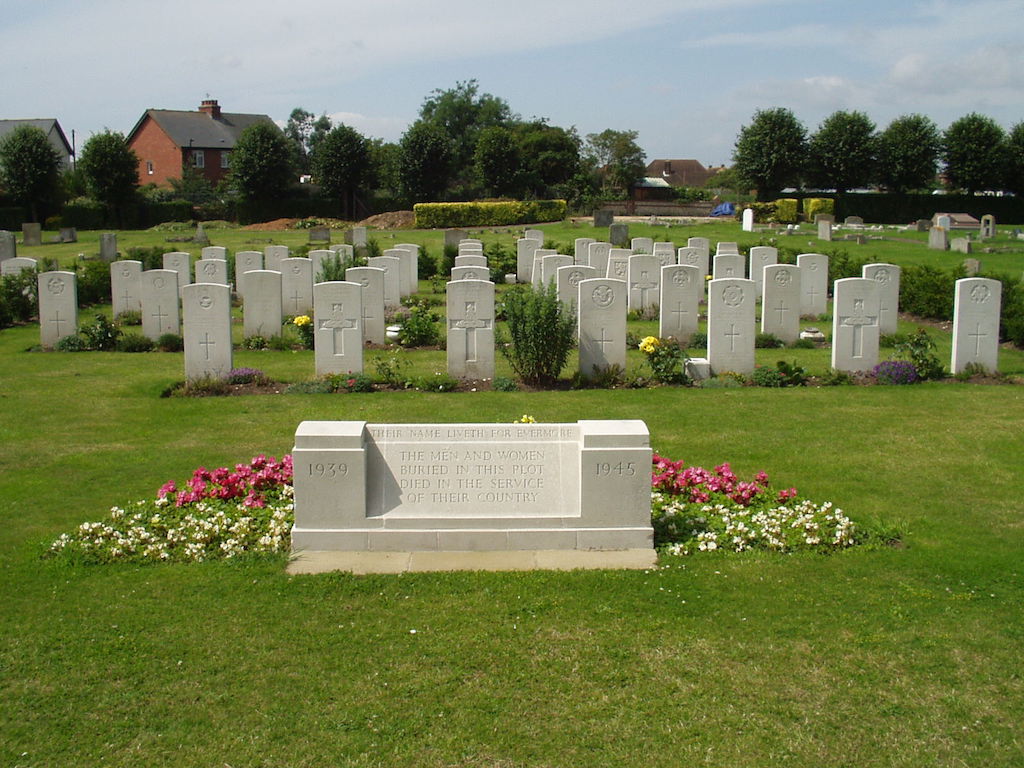 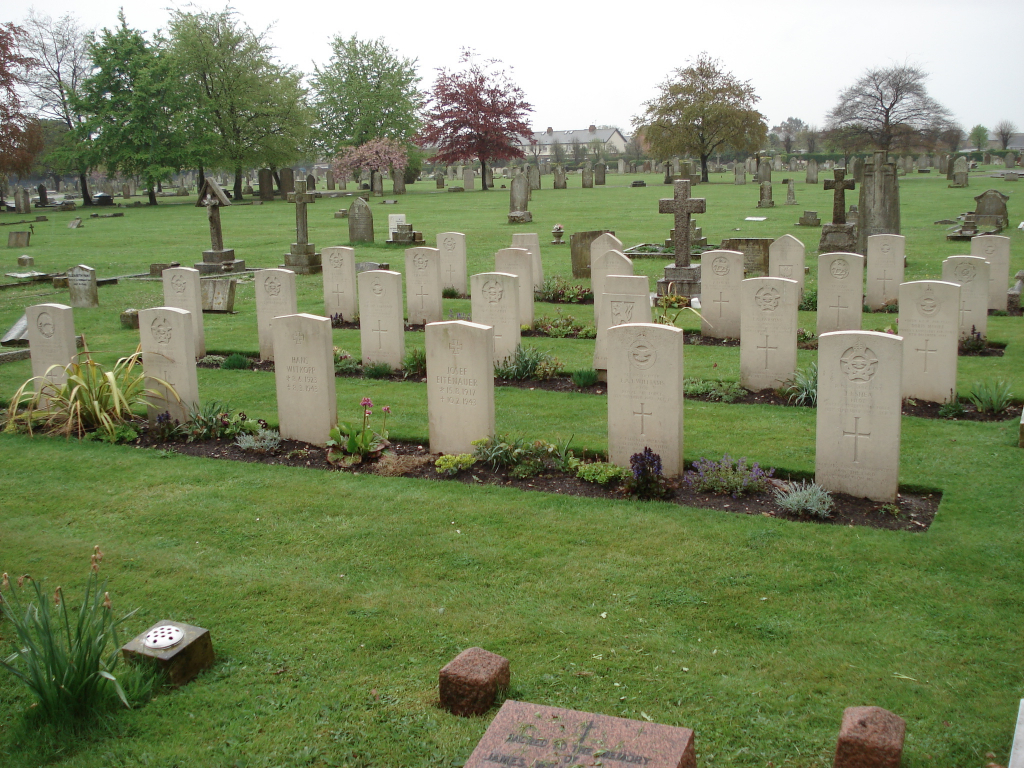 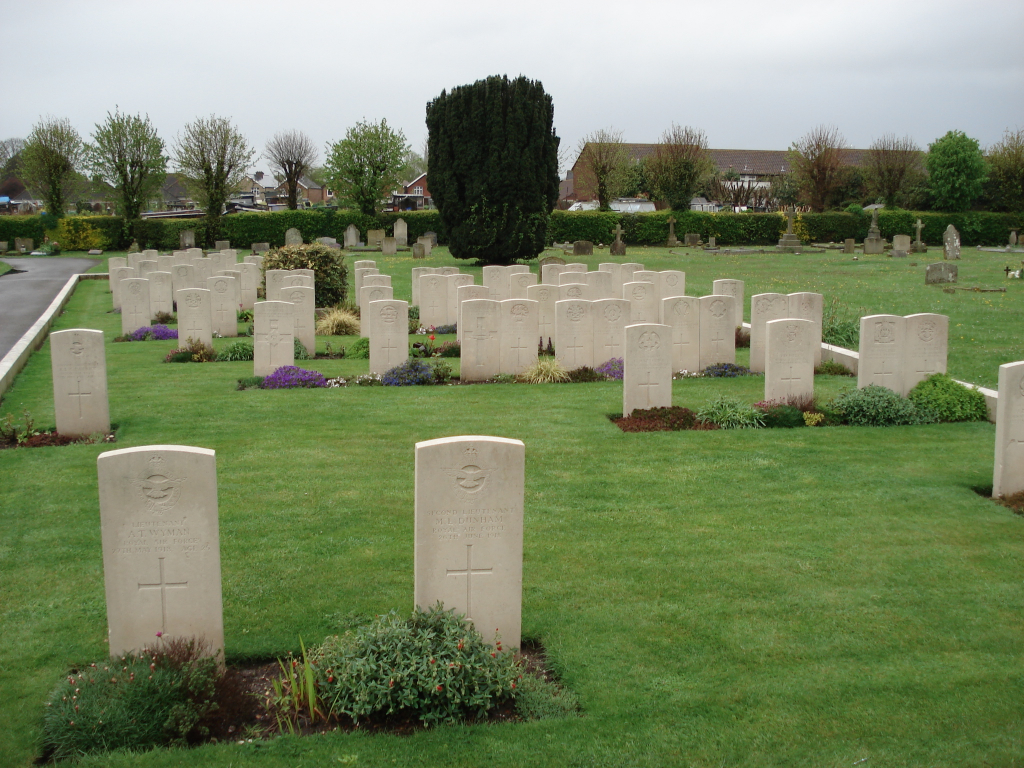 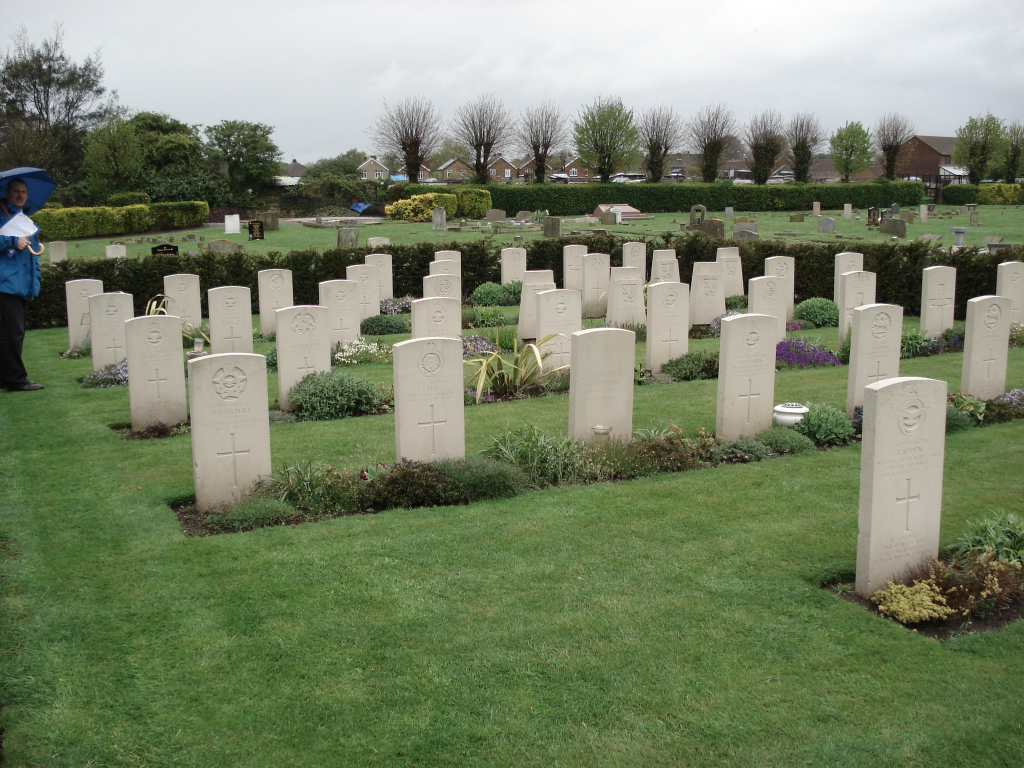 The cemetery is managed by Chichester District Council and is located on Church Road which runs between the A285 Westhampnett Road and the A27.

Of the 89 Commonwealth burials of the 1914-1918 war, the majority are in a War Graves Plot in Squares 121 and 126 bordering a path on the far right hand side of the cemetery. This was constructed by the City Corporation, who also erected the War Cross at the eastern end of the enclosed plot especially designed by Sir Reginald Blomfield and closely resembling the Commission's own Cross of Sacrifice. The names of the 1914-1918 war dead in the cemetery are engraved on the base of the Cross. There are also 75 Commonwealth burials of the 1939-1945 war here, mainly in two adjoining Church of England dedicated Squares, Nos. 115 and 159, in the south-western portion of the cemetery enclosed by a hedgerow on three sides, on the fourth side a wall bearing the inscription 1939-1945 THE MEN AND WOMEN BURIED IN THIS PLOT DIED IN THE SERVICE OF THEIR COUNTRY THEIR NAME LIVETH FOR EVERMORE. In the northern section a further Square, No. 42, is dedicated to Roman Catholic burials, there is a metal plaque bearing a similar inscription. There are also 7 non-Commonwealth war burials and 4 non World War burials in the care of C.W.G.C. within the cemetery.