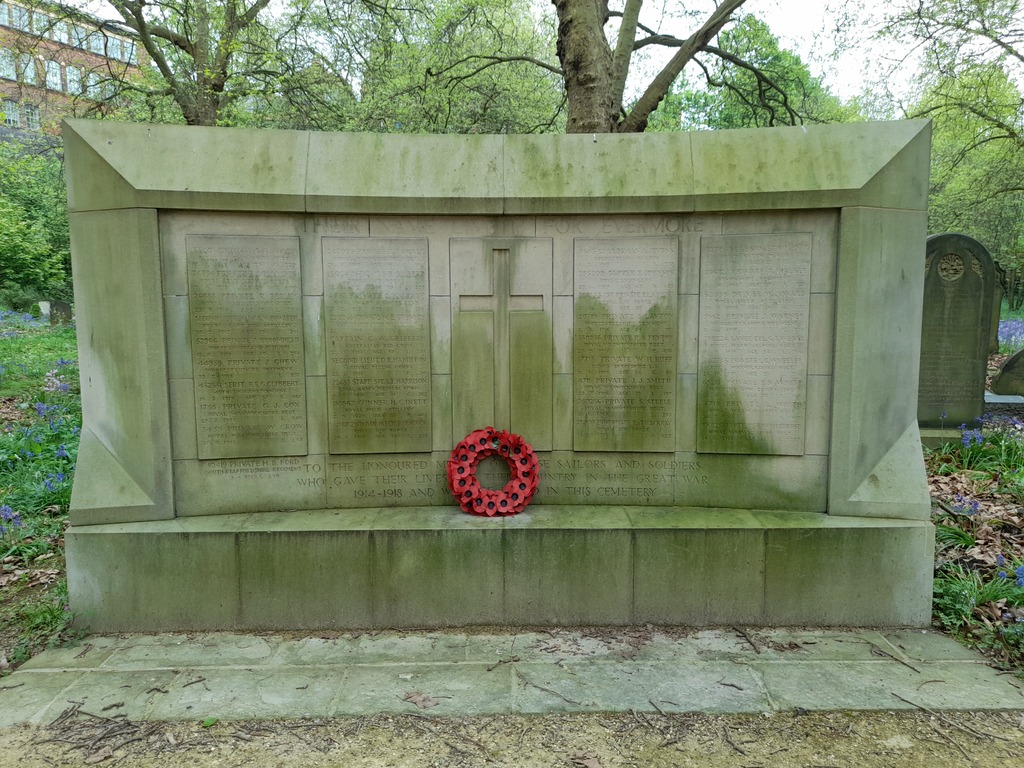 Birmingham (Key Hill) Cemetery contains 38 burials of the First World War, most of them in Section L. None of these graves are individually marked, the casualties being commemorated by name on a Screen Wall. There are also eight burials of the Second World War.