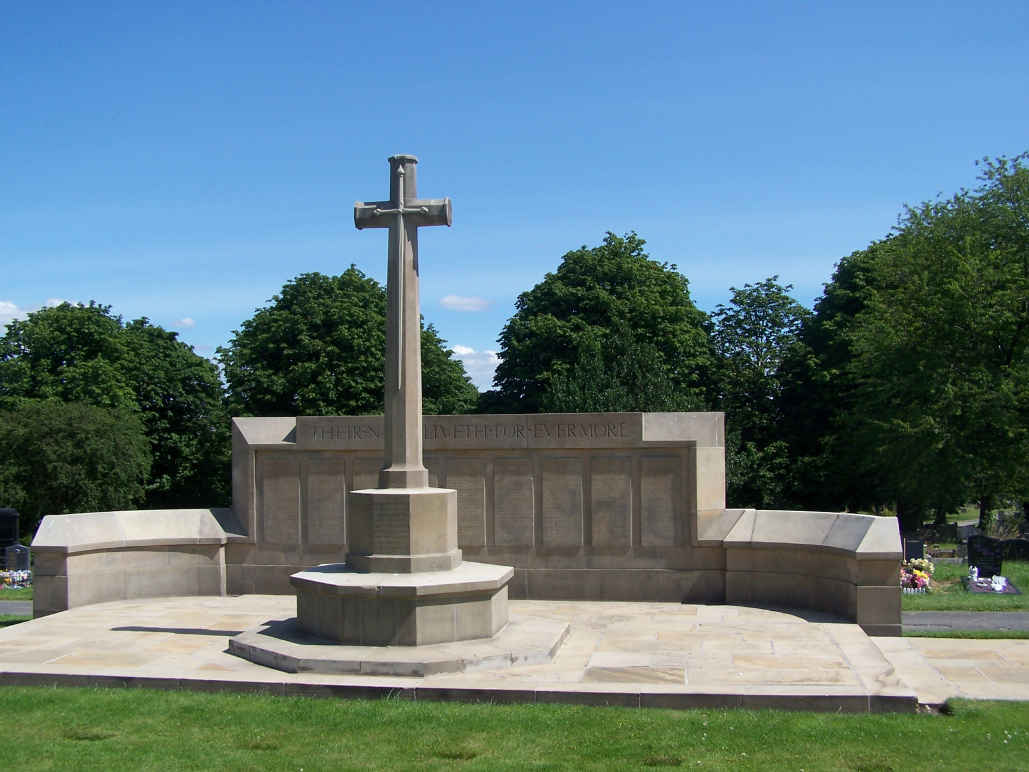 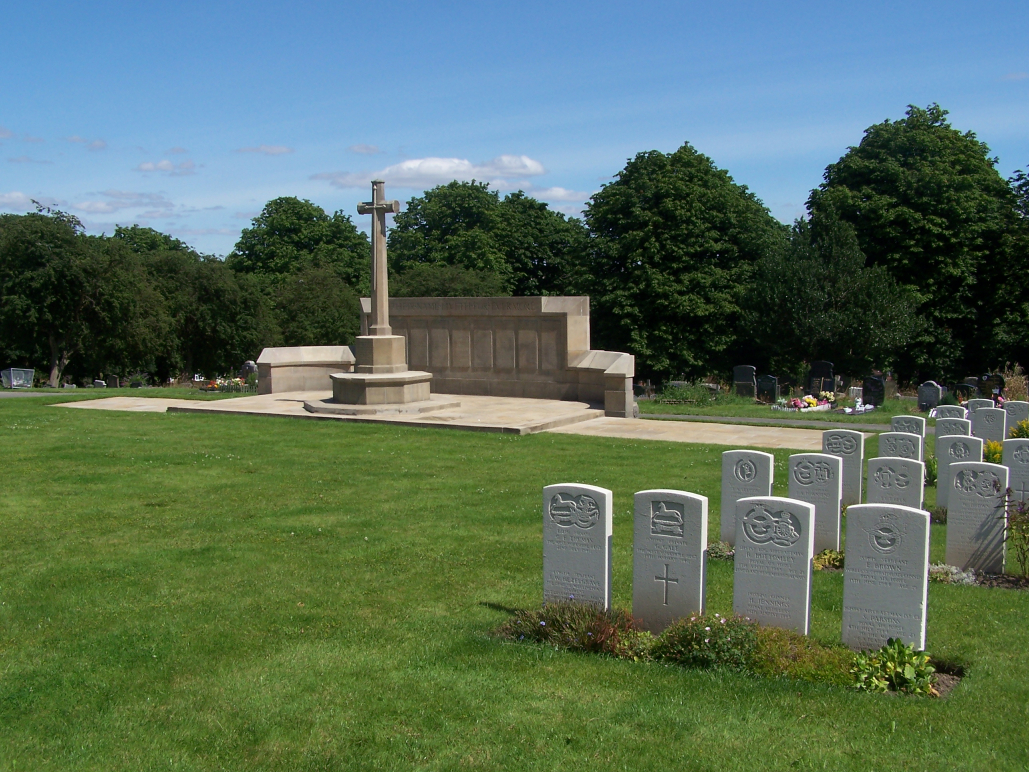 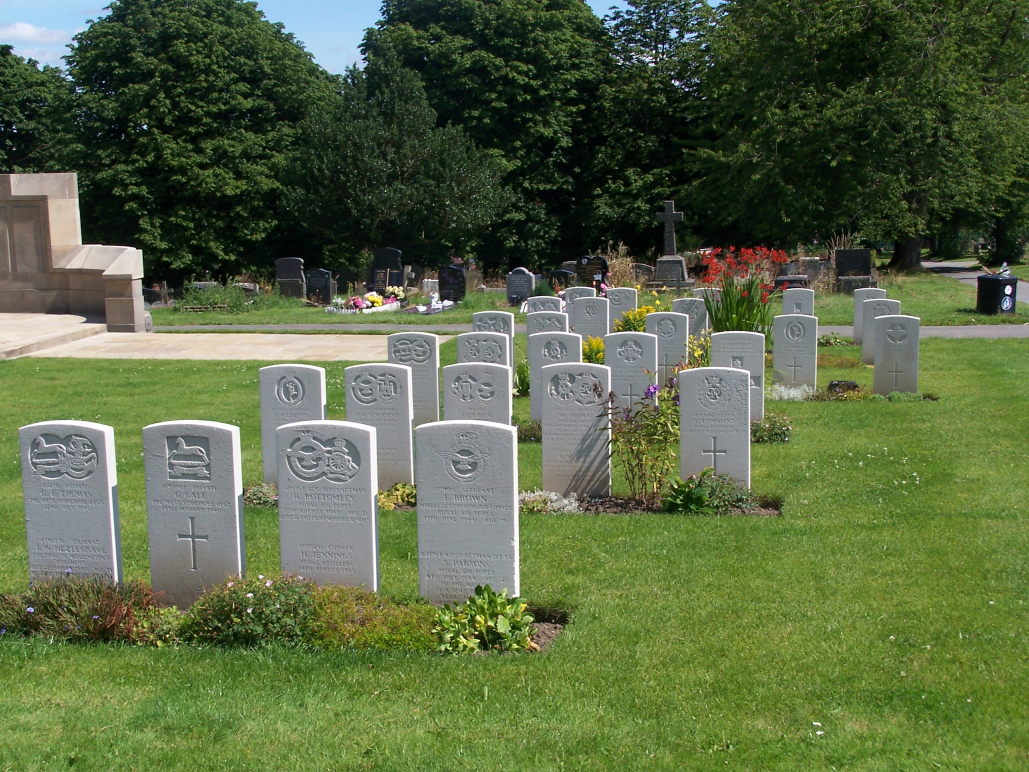 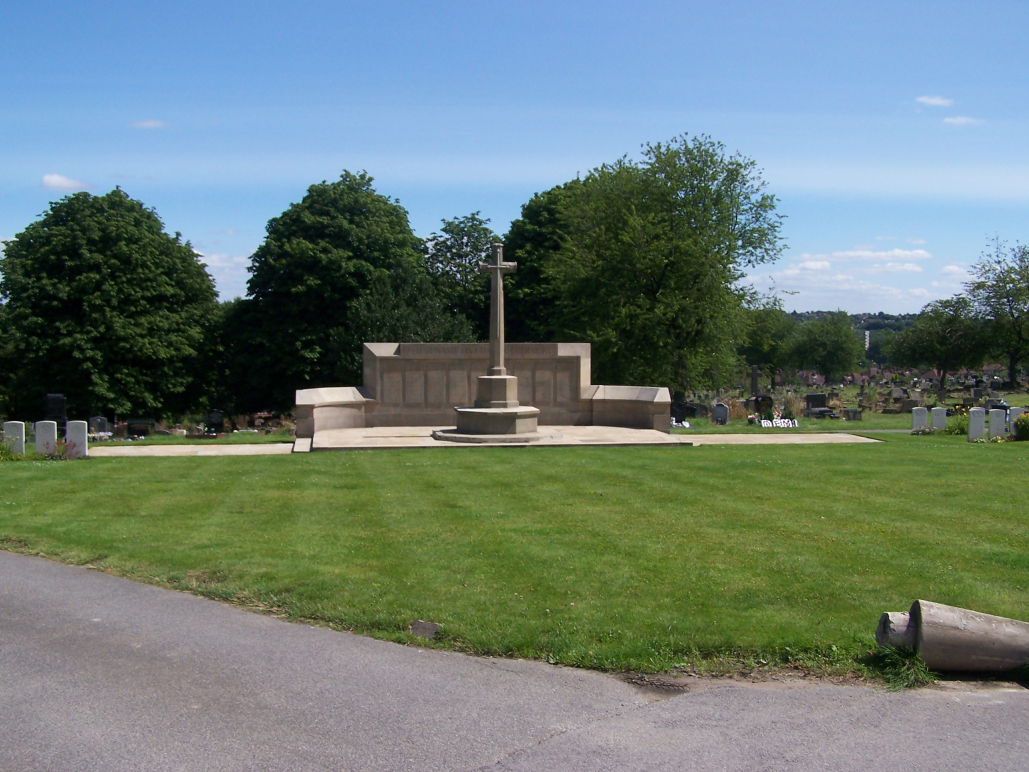 Leeds (Harehills) Cemetery contains burials of both wars, many of them in a war graves plot in Section G, the rest scattered. The First World War casualties in the plot are commemorated on a screen wall, as are 15 Second World War casualties buried elsewhere in the cemetery whose graves could not be individually marked. There are also also special memorials to a number of servicemen buried in other cemeteries whose graves could no longer be maintained*.

In all, 177 Commonwealth casualties of the First World War and 147 from the Second World War are now commemorated in the cemetery; there are also three war graves of other nationalities. The Cross of Sacrifice stands in the war graves plot.