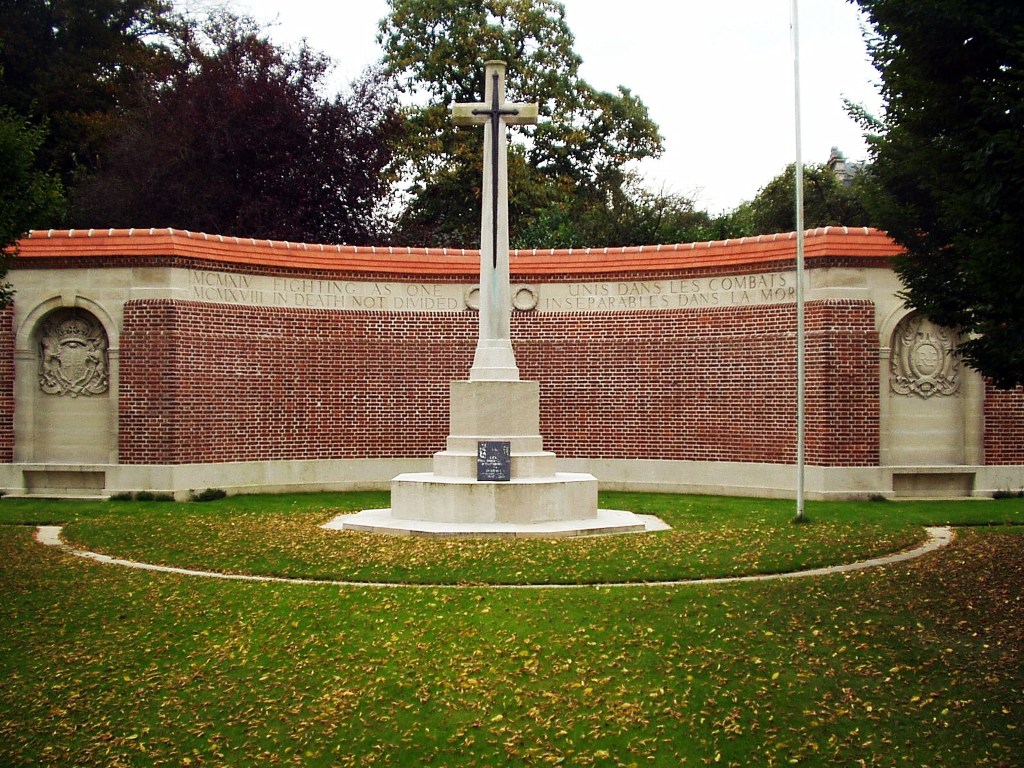 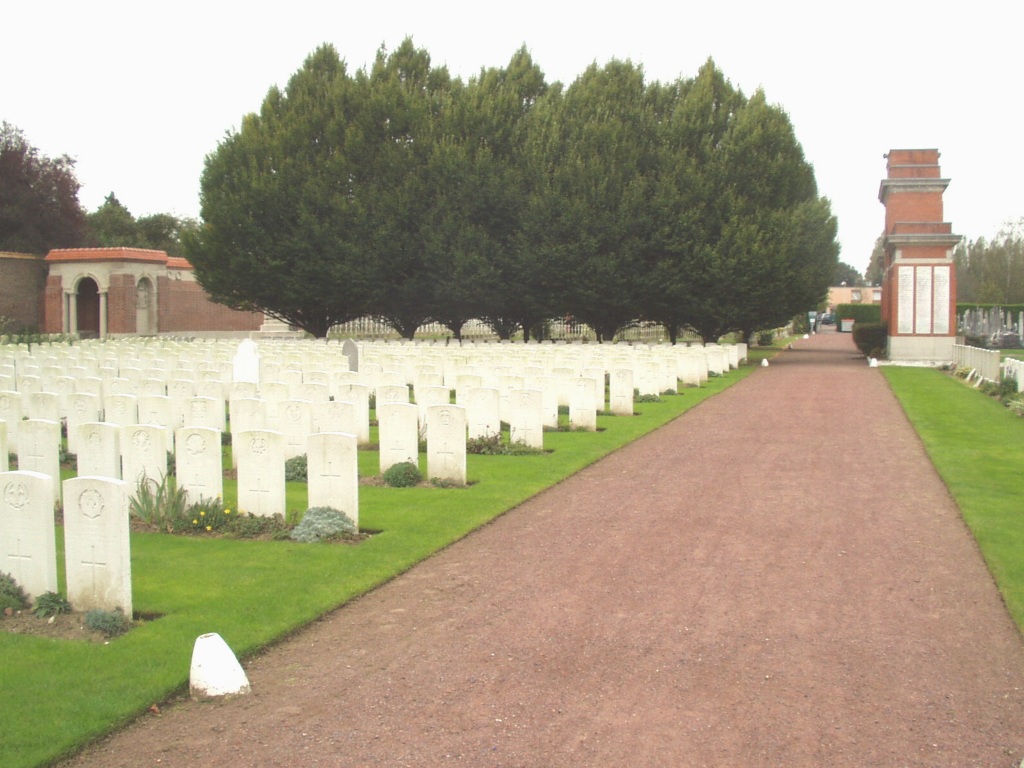 Hazebrouck is a town lying about 56 kilometres south-east of Calais and is easily reached from Calais or Boulogne. The Communal Cemetery is on the south-western outskirts of the town. From the Grand Place in Hazebrouck follow the D916 Bethune road. Traverse the first set of traffic lights and the Communal Cemetery will be found 200 metres further along on the right hand side of the road, as indicated by a signpost. The War Graves Plot lies immediately inside the entrance to the cemetery.

Access to the cemetery is controlled by electronic gates.

From October 1914 to September 1917, casualty clearing stations were posted at Hazebrouck. The Germans shelled and bombed the town between September 1917 and September 1918 making it unsafe for hospitals, but in September and October 1918, No.9 British Red Cross Hospital was stationed there.

Commonwealth burials began in the communal cemetery in October 1914 and continued until July 1918. At first, they were made among the civilian graves, but after the Armistice these earlier burials were moved into the main Commonwealth enclosure.

During the Second World War, Hazebrouck was garrisoned and was on the western flank of the area occupied by the British Expedionary Force until May 1940. The cemetery was used again, mainly for the burial of those killed in late May 1940 during the fighting which covered the retreat of the BEF to the Dunkirk-Nieuport perimeter

The Commonwealth plot, for the construction of which the town of Hazebrouck contributed 20,000 francs, was designed by Sir Herbert Baker.