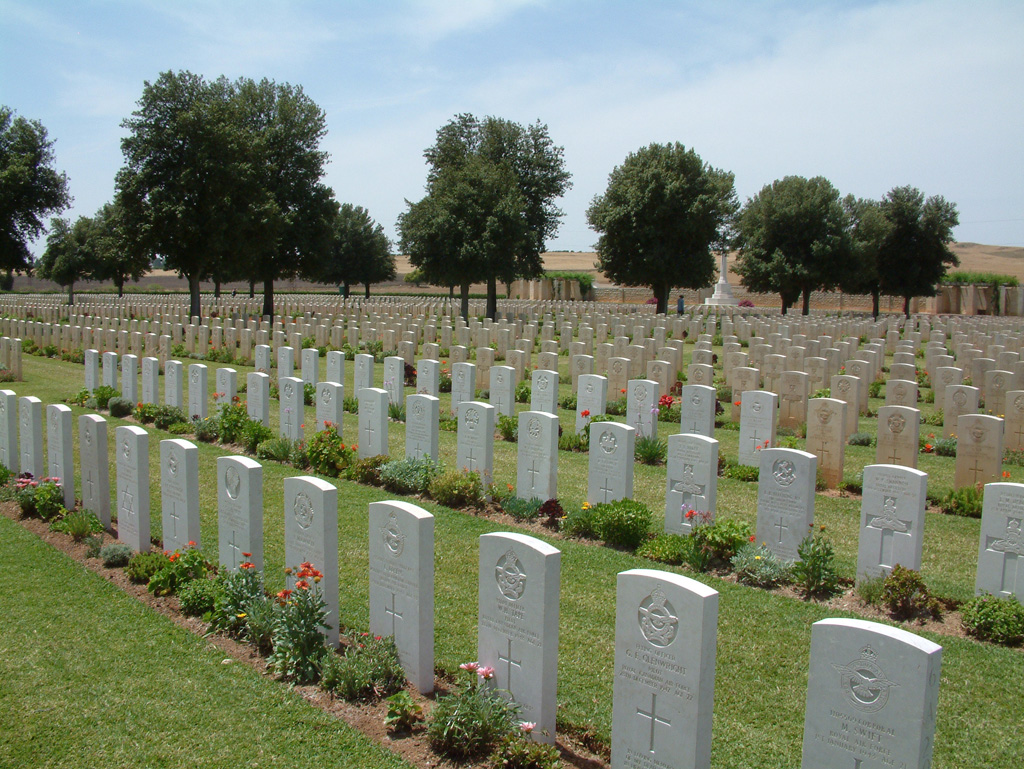 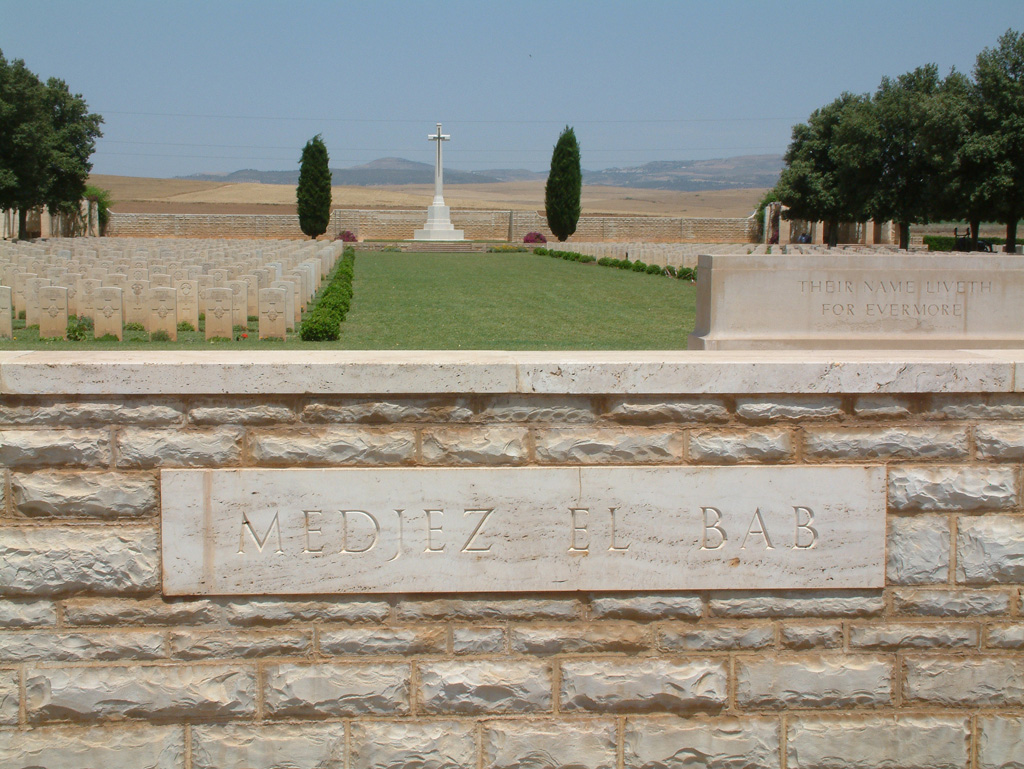 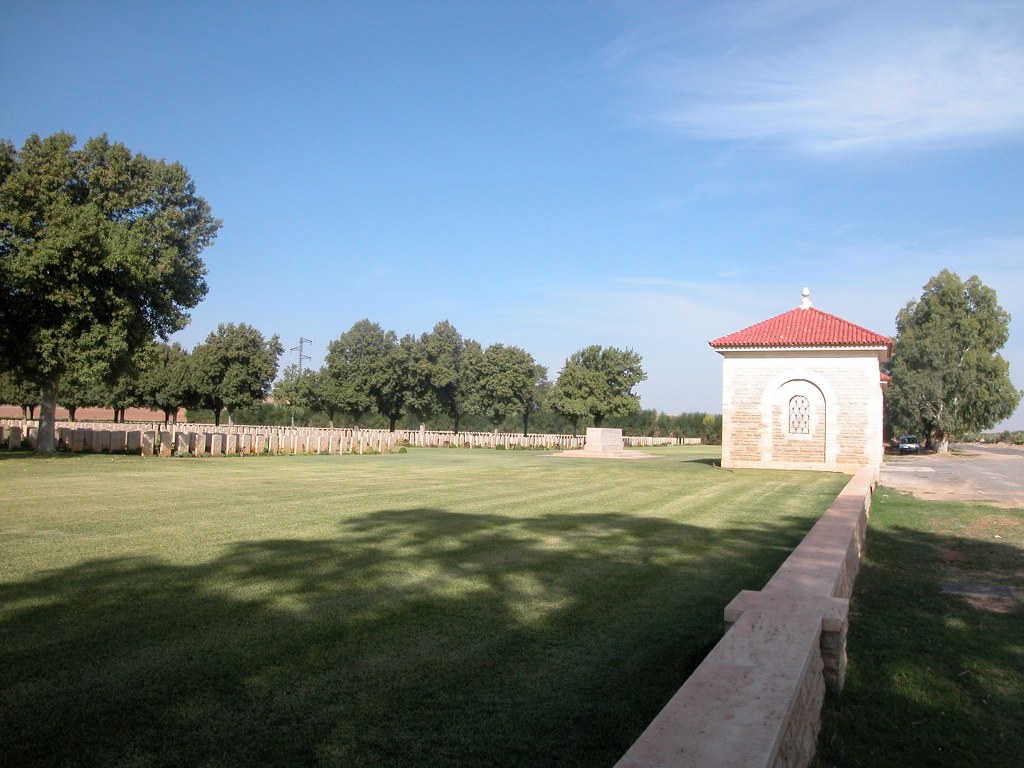 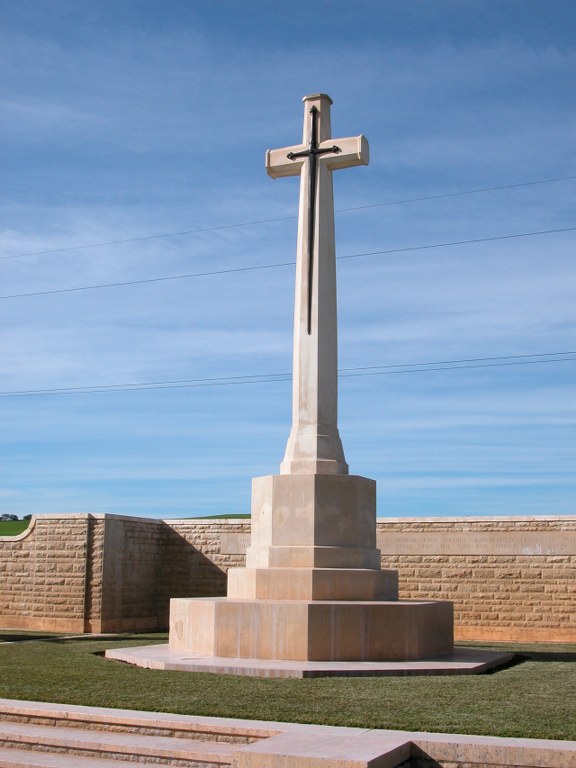 The cemetery gates are not locked, so it is possible to visit the cemetery at all times, including Saturdays and Sundays. However, the register and visitors' book will not be available outside working hours, as they are kept locked in the gardeners toolshed.

The gardeners hours of work are:

There are 2,903 Commonwealth servicemen of the Second World War buried or commemorated in MEDJEZ-EL-BAB WAR CEMETERY. 385 of the burials are unidentified. Special memorials commemorate three soldiers buried in Tunis (Borgel) Cemetery and one in Youks-les-Bains Cemetery, whose graves are now lost.

The CEMETERY and MEMORIAL were designed by Sir J. Hubert Worthington.