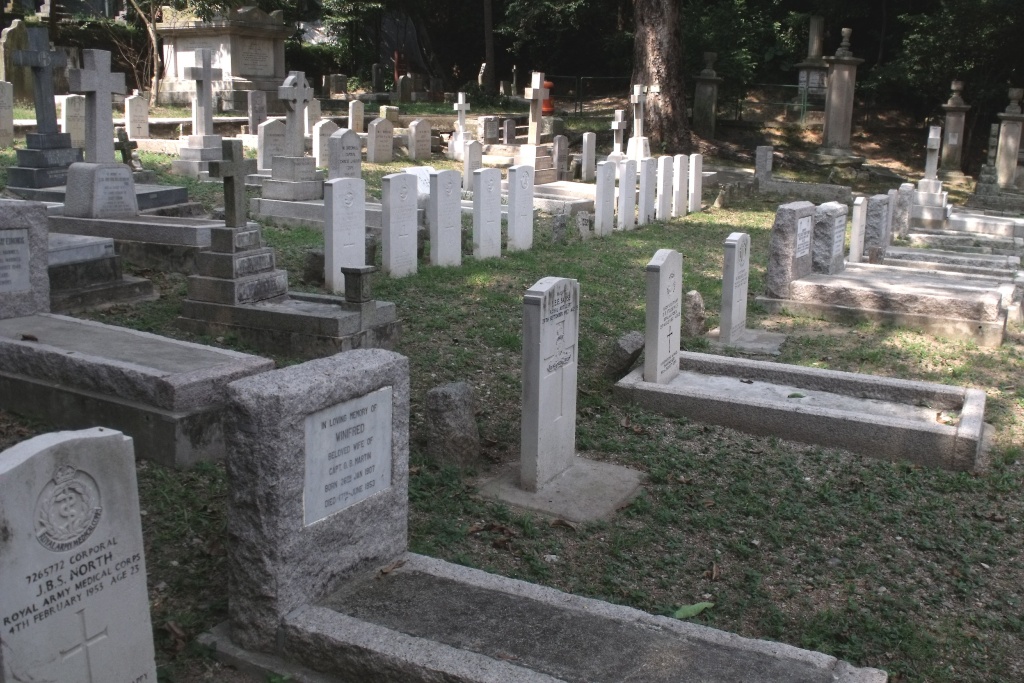 This is a large civilian cemetery formerly called Hong Kong (Happy Valley) Cemetery, and still known locally as such. It is situated on Hong Kong Island on the western side of Wong Nei Chong Road, directly opposite the main entrance to the Happy Valley Racecourse.

In November 1914, the German leased territory of Tsingtao in north-east China was captured by the Japanese, supported by a small contingent of Commonwealth forces on land and sea. Military hospitals in Kowloon and Hong Kong received the sick and wounded from this fighting and later, from German prison camps. Throughout the First World War, Hong Kong was garrisoned by local defence and Commonwealth forces.

Hong Kong Cemetery, a large civil burial ground, contains 83 scattered Commonwealth burials of the First World War and 62 from the Second. The Commission also maintain 1179 non-war graves in this site.