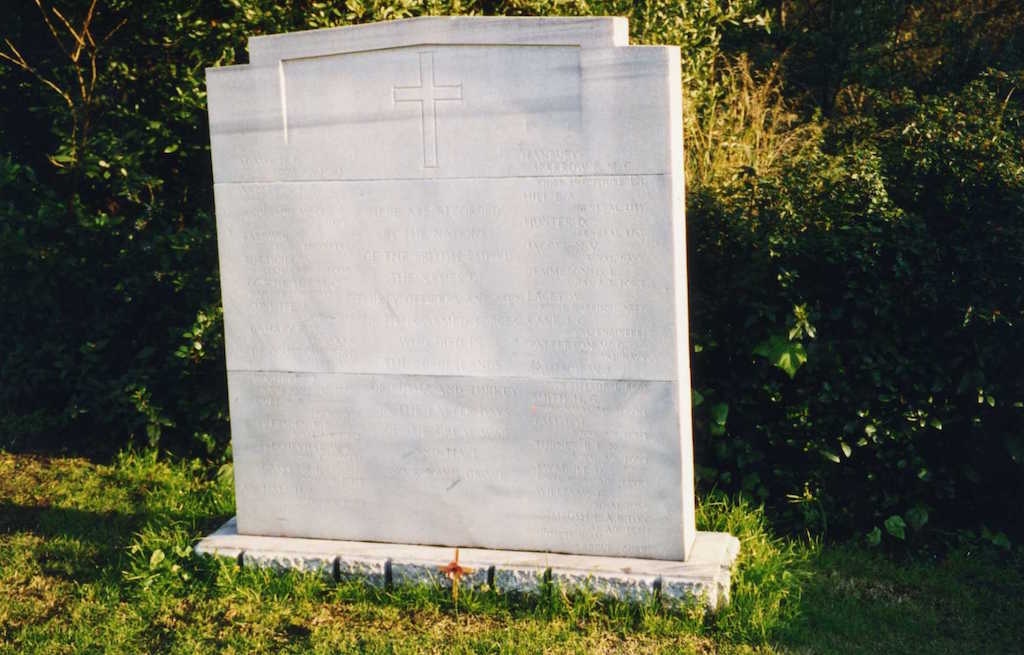 The WAR graves hidden in a garden

The closest you can ever get to visiting Tbilisi British War Cemetery is by knocking, politely, on the door of a Georgian family home, and being guided through to their back garden.

The war cemetery itself no longer exists. All that remains is a marker in this garden, installed by the Commonwealth War Graves Commission in 2000, to record where it is believed the cemetery once stood. 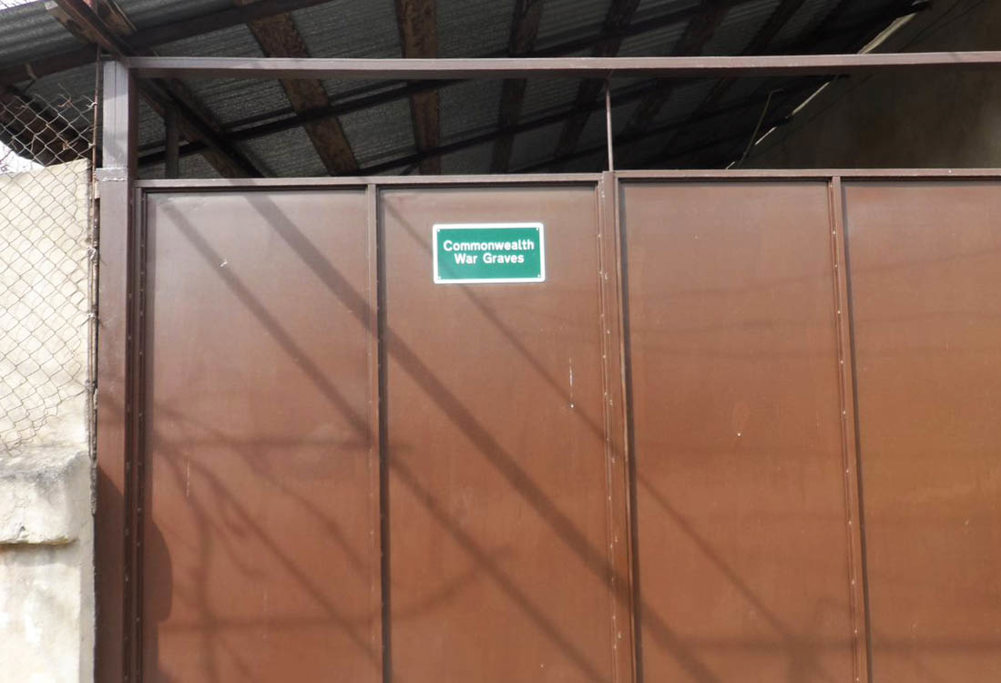 The only indication of what lies in this garden is a small CWGC sign on this family's garage door.

Shortly after the First World War, this is where 31 men’s stories ended. They were far from home, here to occupy the country on behalf of the Allied Powers while the post-war map of the world was still being drafted.

The original grave markers have all been lost to time. Access to Georgia after 1919 was impossible for the Commission due to Communist rule.

While a small group of remaining British ex-pats helped tend to the war cemetery into the 1930s, the Second World War and then the Cold War made it too challenging to sustain. 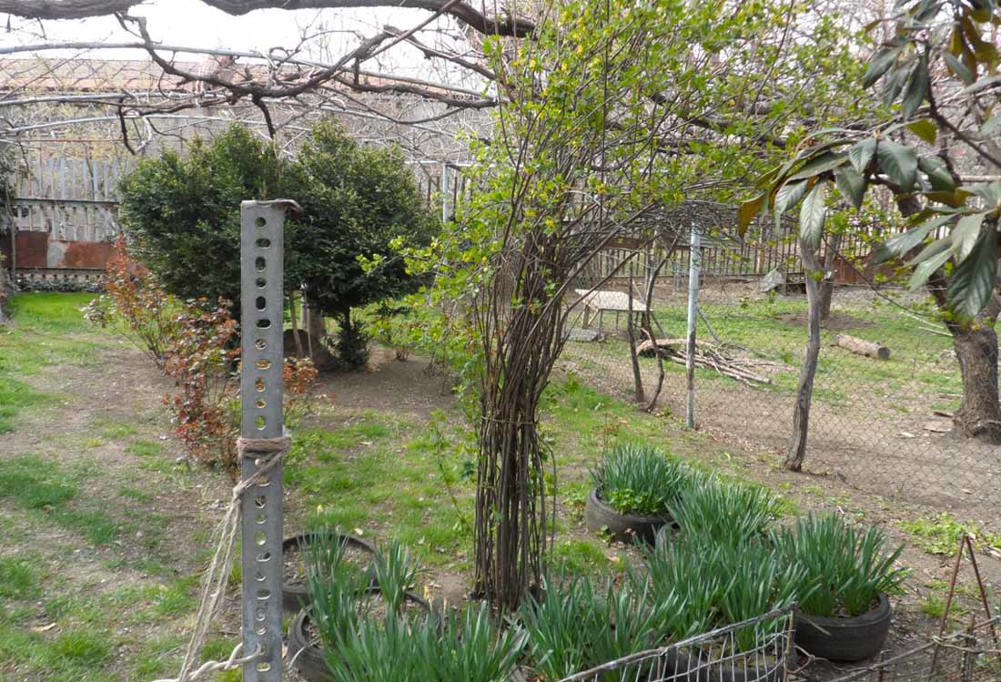 By the time the Iron Curtain lifted, homes and gardens had been built over the site of the Tbilisi British Cemetery. 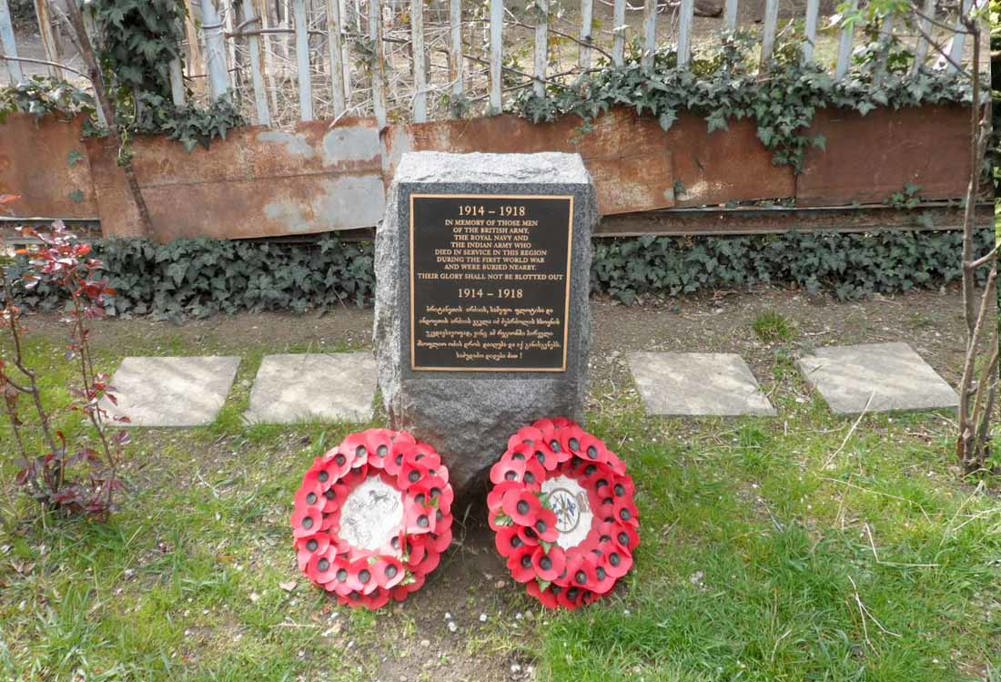 This marker was installed in 2000 by CWGC to show where the Tbilisi British Cemetery once was.

CWGC was stuck at arm’s length until well after the fall of the Iron Curtain. By the time we returned we were faced with the sprawling suburbs of Tbilisi, where there had once been an isolated cemetery.

In the interim, we had not forgotten those men and their names were engraved on the Haida Pasha Memorial in Istanbul.

Despite being 800 miles away from Tbilisi it was the nearest place where CWGC could guarantee long-term continued access. The shifting borders and political instability caused by the World Wars impacted our global task long after the conflicts ended.

While world events have left us with this odd legacy of making a pilgrimage to a family garden, it’s not just the Commission’s team who visits this home. Dignitaries and relatives return every Remembrance Sunday to pay their respects after knocking, politely of course, on this Georgian family’s garage door. 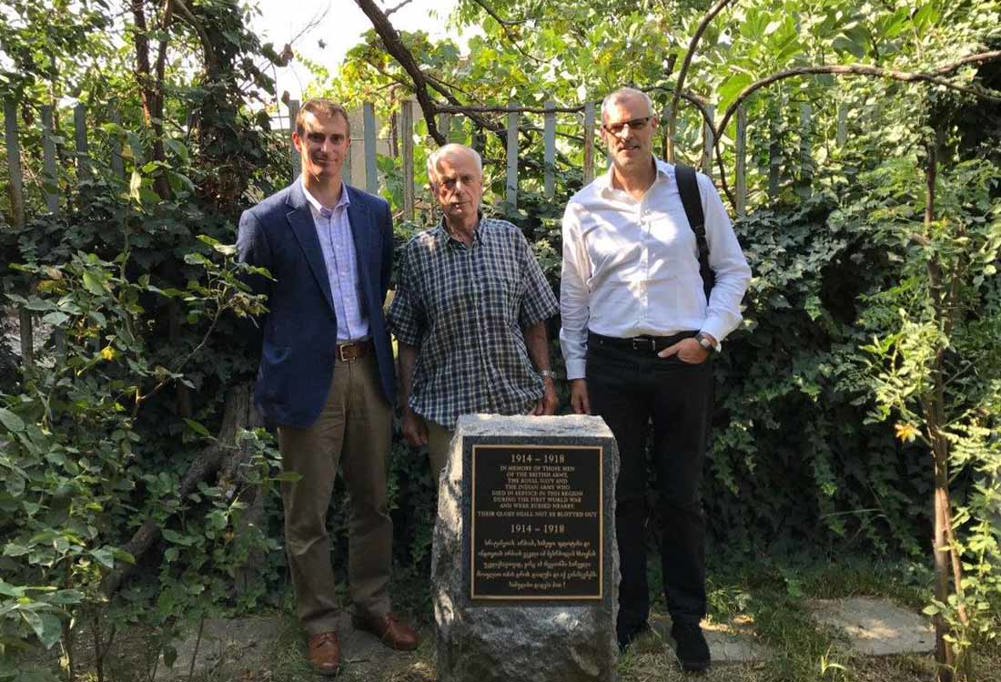 The Haidar Pasha Memorial is within the boundaries of the Haidar Pasha Cemetery. Haidar Pasha is a suburb of Istanbul between Scutari (Uskudar) and Kadikoy on the Asiatic side of the Bosphoros. The cemetery is on high ground behind the Haidar Pasha pier head and railway station. By ferry from the Golden Horn, Istanbul: Take the ferry from Karakoy, near the Galata Bridge, to Haidar Pasha pier head and railway station, which is about 300 yards further from the old railway station. Turn left through the bus station in the direction of the mosque with twin minarets. With the mosque to your left, you will see on your right steps up to the Kadikoy Rihtimi Cad Road. Turn left (northwards) along this road (passing over the railway lines) and continue for approximately 700 metres and then at the traffic lights turn left down towards the main entrance to the cemetery which is accessed by a large path to the right hand side as you face the military hospital gate. Soldiers are usually present at the entrance of the hospital in order to check all vehicles entering the military area. Please be aware that the main access path is easily missed because taxis frequently block the view. A small chain is placed across the entrance to the path in order to prevent access by vehicles. However the cemetery is very easy to access by pedestrians. Please note there is a rear gate to the cemetery from the railway side but this is kept locked for security reasons.

The Memorial is situated within Haidar Pasha Cemetery.

Access to the cemetery is via the main entrance only.

Closed at weekends and Public Holidays.

If we are given advance notice of a special circumstance where access is required outside of the opening hours shown above, we can arrange to have the cemetery opened. Please call the CWGC's Country Manager on +90 5327001934 (08:00 - 17:00)

For any other enquiries please email enquiries@cwgc.org

The HAIDAR PASHA MEMORIAL stands within the war graves plot of Haidar Pasha Cemetery and commemorates more than 30 Commonwealth servicemen of the First World War who died fighting in South Russia, Georgia and Azerbaijan, and in post Armistice operations in Russia and Transcaucasia, whose graves are not known.

The war graves plot also contains the HAIDAR PASHA CREMATION MEMORIAL, which commemorates 122 soldiers of the Indian Army who died in 1919 and 1920 who were originally commemorated at Mashiak and Osmanieh Cemeteries. In 1961 when these cemeteries could no longer be maintained, the ashes of the Hindus, whose remains were cremated in accordance with their faith, were scattered near this memorial, while the remains of their comrades of the Muslim faith were brought here and re-interred.

HAIDAR PASHA CEMETERY was first established for Crimean war burials and was used during the First World War by the Turks for the burial of Commonwealth prisoners of war. After the Armistice, when Istanbul was occupied, further burials were made mainly from No 82 General Hospital and graves were brought in from other civil cemeteries in the area.

During the Second World War, Turkey retained her neutrality and those Commonwealth servicemen buried there were mainly men taken prisoner during operations in the Aegean, who died while attempting to escape from camps where they awaited transport to Germany and Italy, and whose bodies were washed up on the Turkish coast.

Also within the cemetery, which the Commission maintains as a whole, are about 6,000 Crimean graves, mostly unmarked, and numerous non war military and civilian graves and memorials.