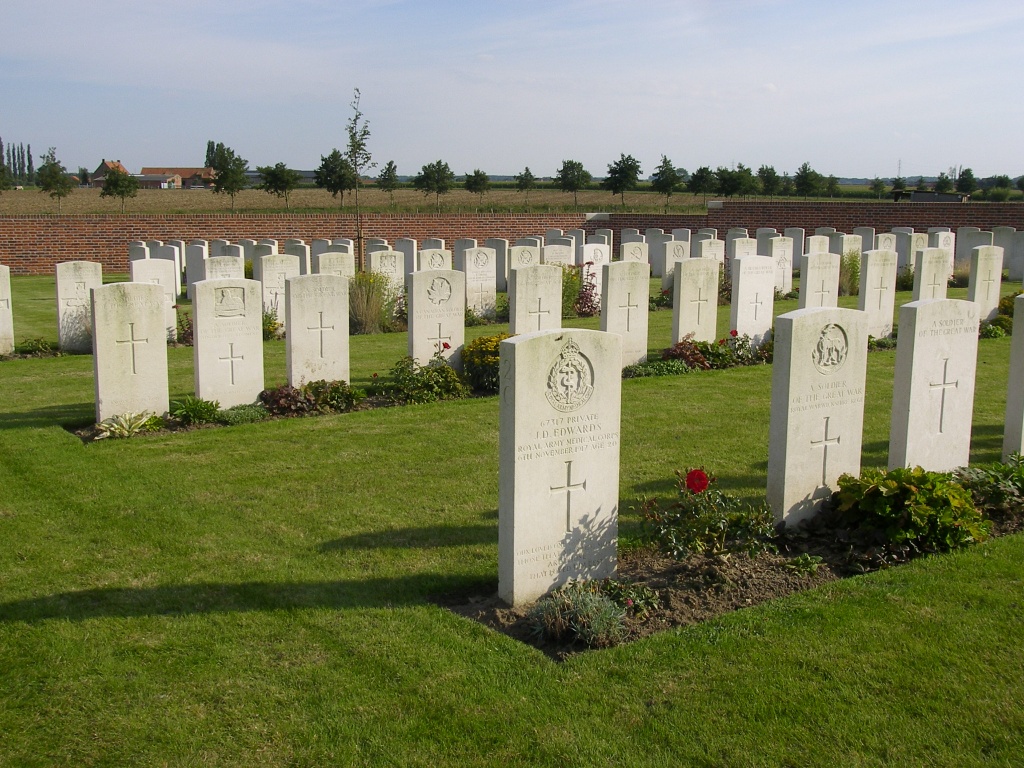 St. Julien Dressing Station Cemetery is located 6 Kms from Ieper town centre on the Felix Nadarstraat, a road leading from the Brugseweg (N313), connecting Ieper to Brugge. Two streets connect Ieper town centre onto the Brugseweg; Torhoutstraat leads from the market square onto the Kalfvaartstraat. At the end of Kalfvaartstraat is a large junction on which Brugseweg is the first right hand turning. 5 Kms along the Brugseweg, just before the village of St. Juliaan, lies the right hand turning onto Felix Nadarstraat. The cemetery itself lies immediately after this right hand turning, on the left hand side of the road. The Canadian Memorial at Vancouver Cross Roads is about 1.2 Kms north of the village, on the road to Poelcappelle.

St. Julien was within the Allied lines from the late autumn of 1914 until April 1915. The Germans used poison gas here for the first time on 22 April, but the village was held by the 3rd Canadian Infantry Brigade until a second gas attack two days later. It was recaptured by the 39th Division in early August but passed into German hands again on 27 April 1918. St Julien was finally retaken by the Belgian Army on 28 September.

The Dressing Station Cemetery was begun in September 1917. By March 1918, the cemetery consisted of Plots I, III and part of Plot II, and contained 203 graves, but it was severely damaged by shell fire in the summer of 1918. The cemetery was increased after the Armistice when graves were brought into Plots II and IV from the battlefields surrounding St. Julien.

There are 420 First World War servicemen buried or commemorated in this cemetery. 180 of the burials are unidentified, but there are special memorials to 11 casualties known or believed to be buried among them.