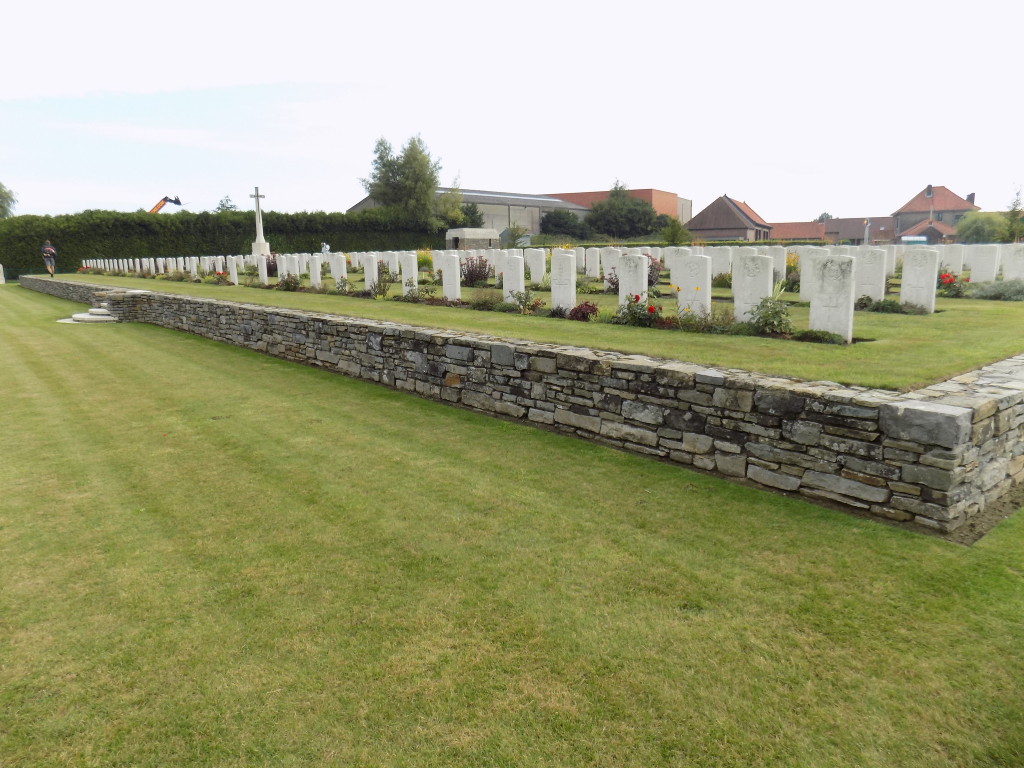 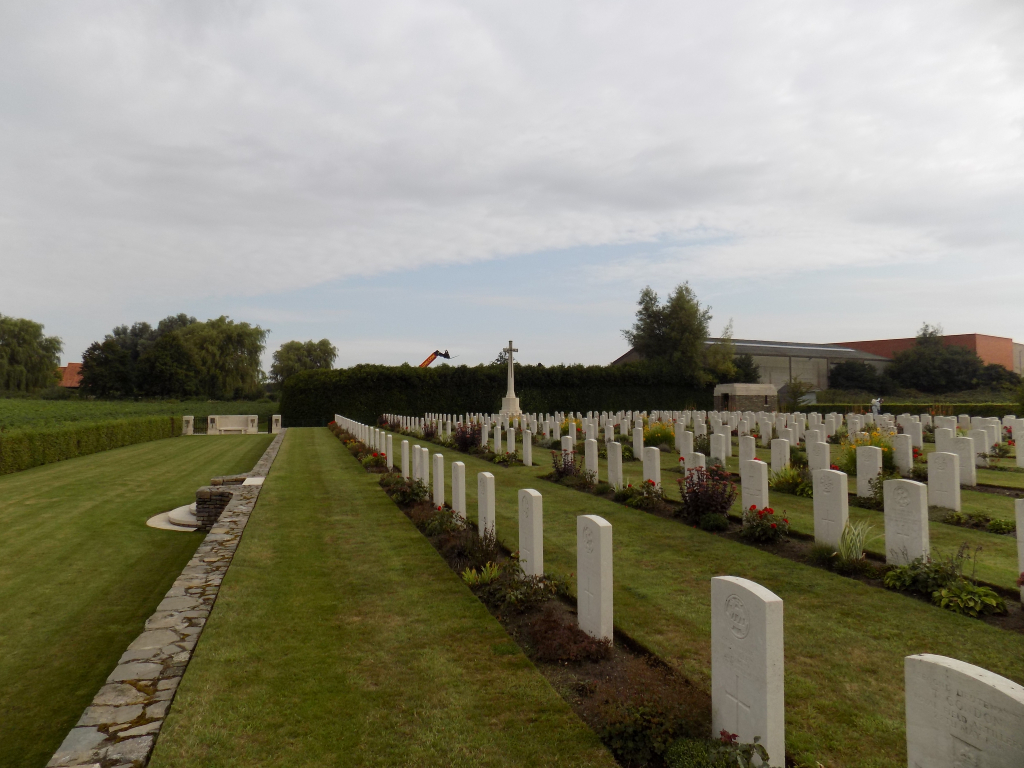 Dranoutre Military Cemetery is located 11.5 kilometres south of Ieper town centre, on a road leading from the Dikkebusseweg (N375). From Ieper town centre the Dikkebusseweg is reached via Elverdingsestraat, straight over a roundabout onto J.Capronstraat (for 30 metres), then left along M.Fochlaan. Immediately after the train station, the first right hand turning is the Dikkebusseweg. On passing through the village of Dikkebus the road continues for 6 kilometres to the village of Loker. Continuing through the village of Loker the road becomes Dikkebusstraat, which runs for 2 kilometres to the village of Dranouter (previously Dranoutre). 50 metres before Dranouter village lies a right hand turning into a semi residential area. The Cemetery is located 50 metres after this turning on the left hand side of the road.

Dranoutre (now Dranouter) was occupied by the 1st Cavalry Division on 14 October 1914. It was captured by the Germans on 25 April 1918, in spite of the stubborn resistance of the 154th French Division, and it was recaptured by the 30th Division on 30 August 1918. Dranoutre Churchyard was used for Commonwealth burials from October 1914 to July 1915 when the military cemetery was begun. It was used by fighting units and field ambulances until March 1918 (Plots I and II), many of the burials being carried out by the 72nd Brigade (24th Division) in April-June 1916, and Plot III was added in September and October 1918. In 1923, 19 graves were moved into Plot II Row K from the churchyard when the church was rebuilt. Dranoutre Military Cemetery now contains 458 Commonwealth burials of the First World War. There is also one German war grave. The cemetery was designed by Charles Holden.