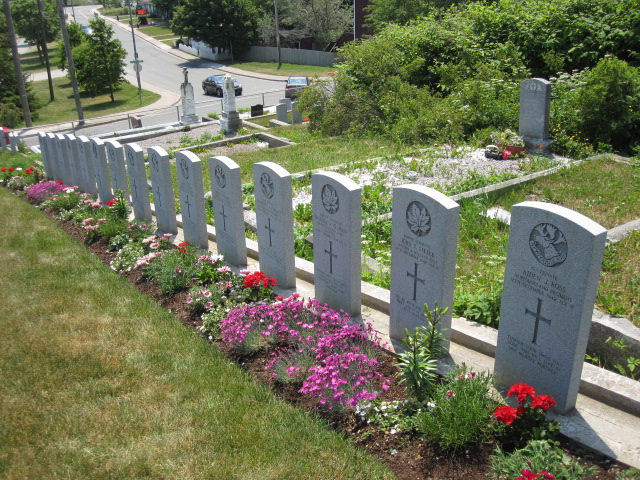 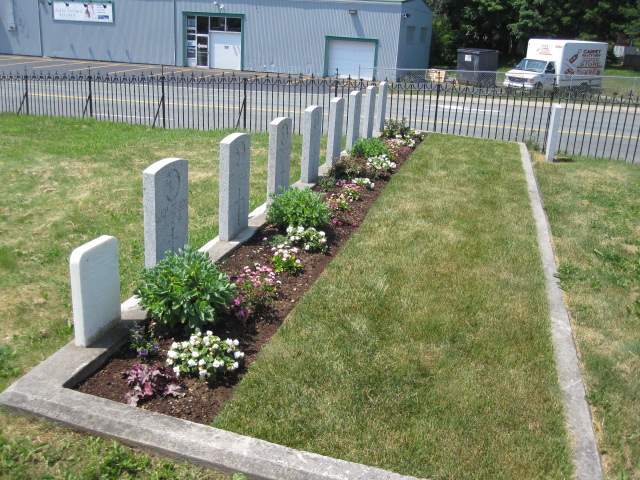 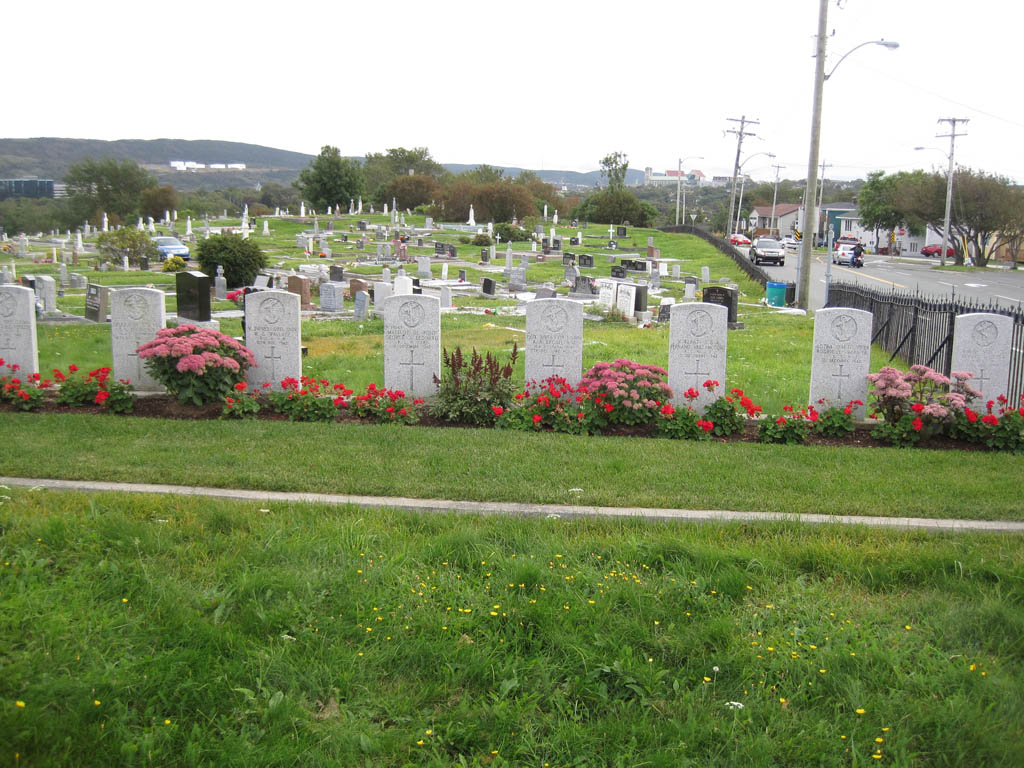 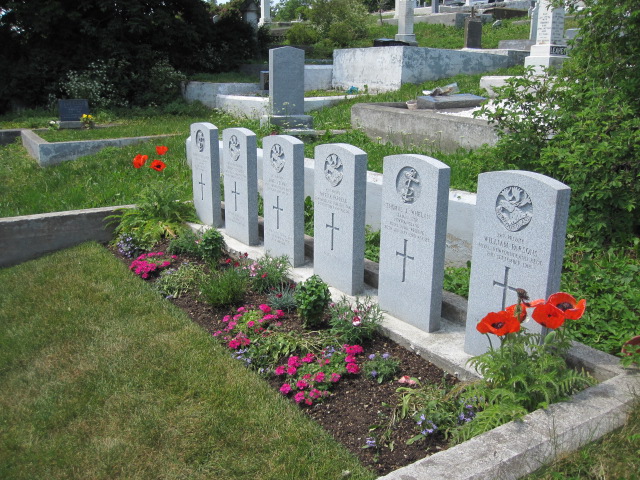 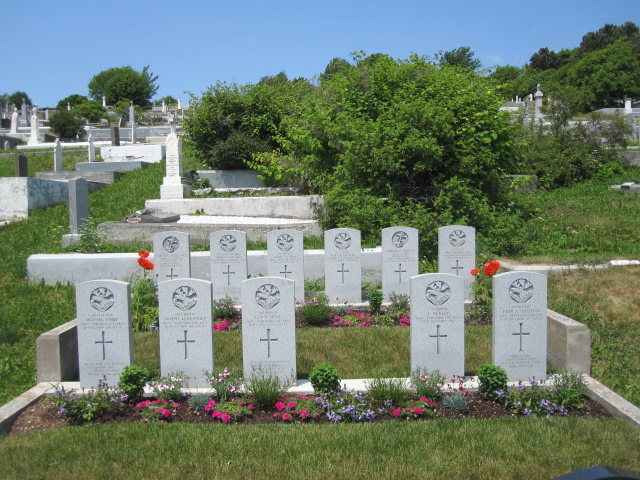 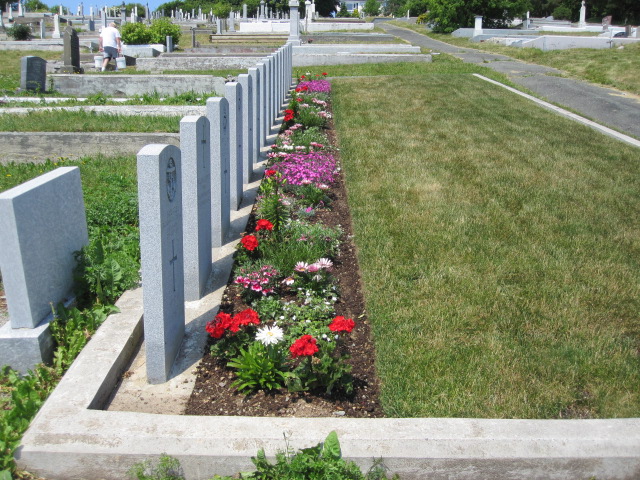 The cemetery grounds are open all day every day for visitation.

St. John's is protected by a land-locked harbour which was used as a naval base during the Second World War. The city was also the headquarters of the Newfoundland Area of the Atlantic Command and a strong defence post. Most of the Second World War graves in St. John's (Mount Carmel) Cemetery are of victims of a fire which broke out in the Knights of Columbus Hostel in St. John's on 12 December 1942. Other victims of the fire were buried in Mount Pleasant Cemetery and a few in the Anglican Cemetery in St. John's. The cemetery contains 11 Commonwealth burials of the First World War, 32 burials and commemorations from the Second and one Dutch war grave.