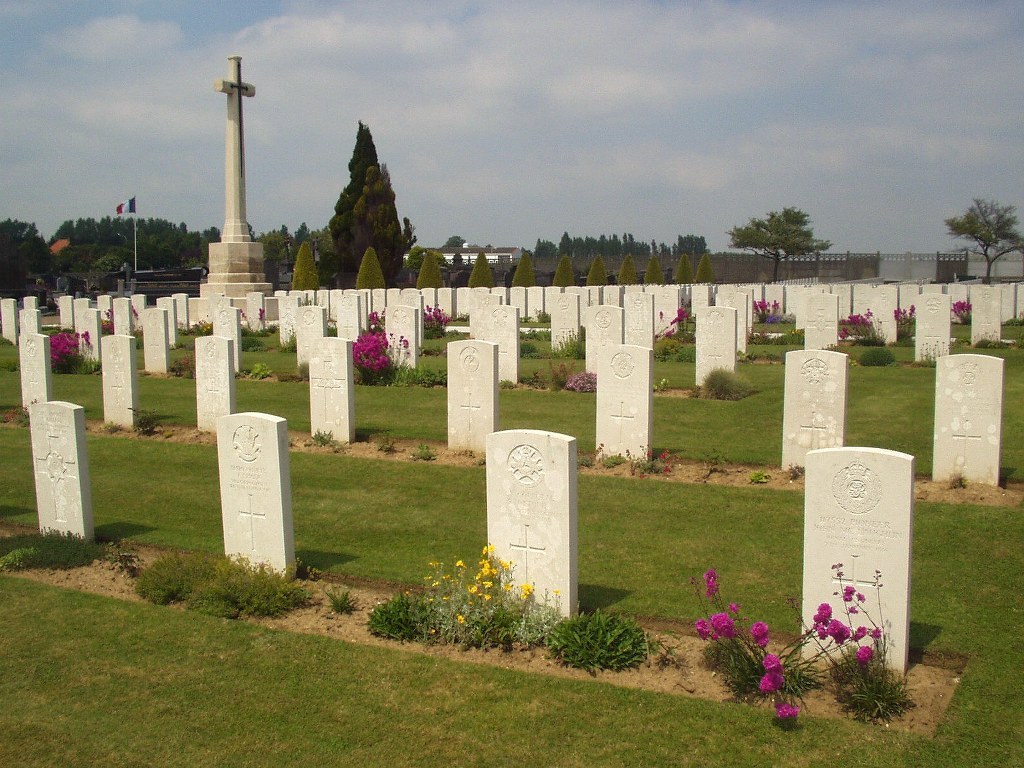 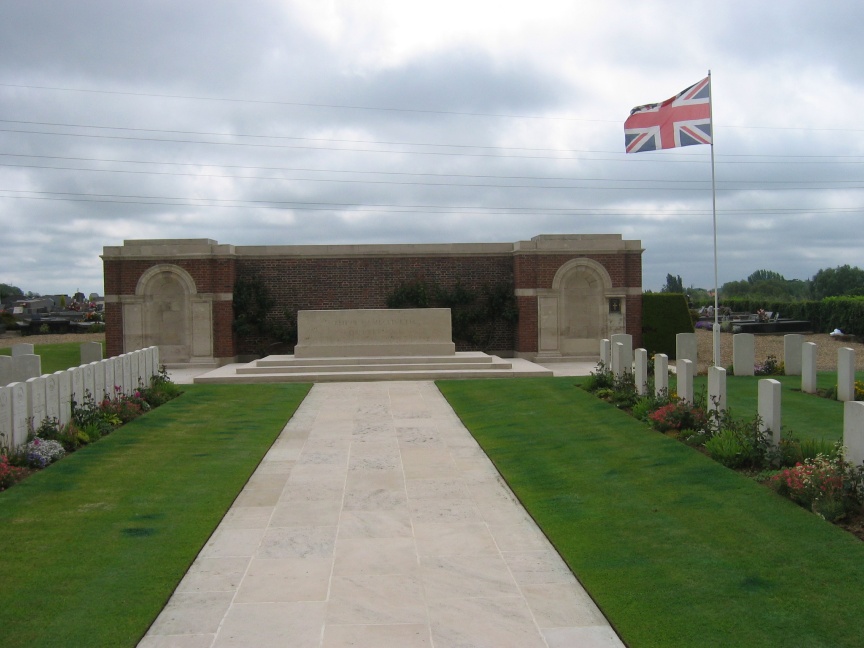 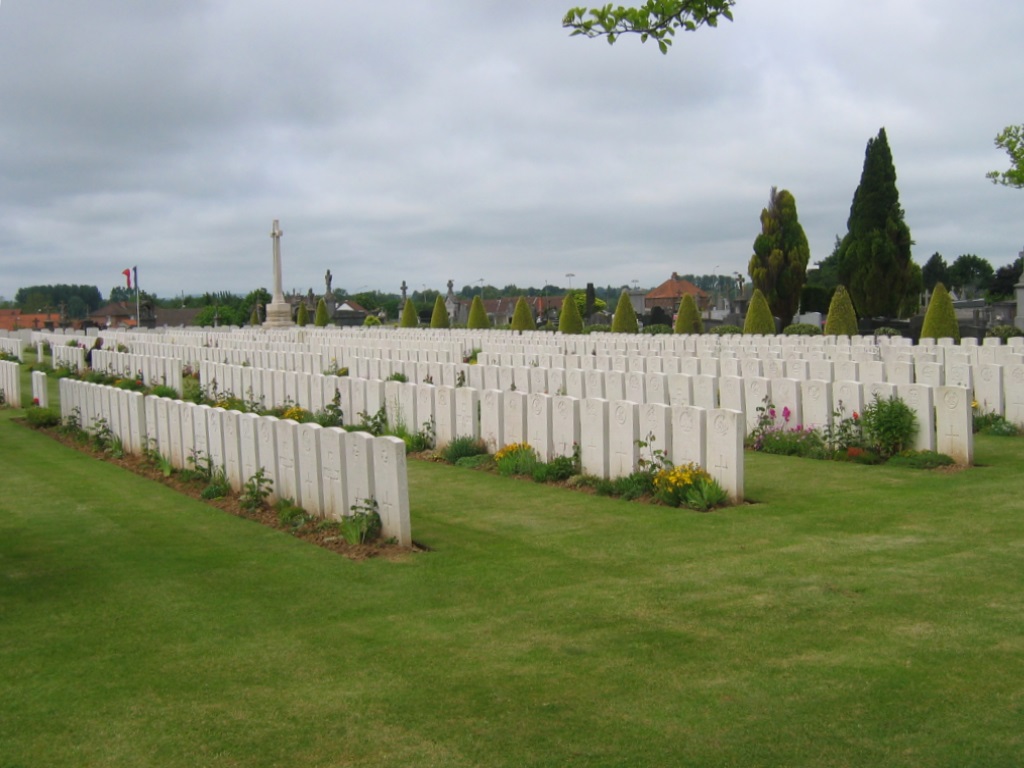 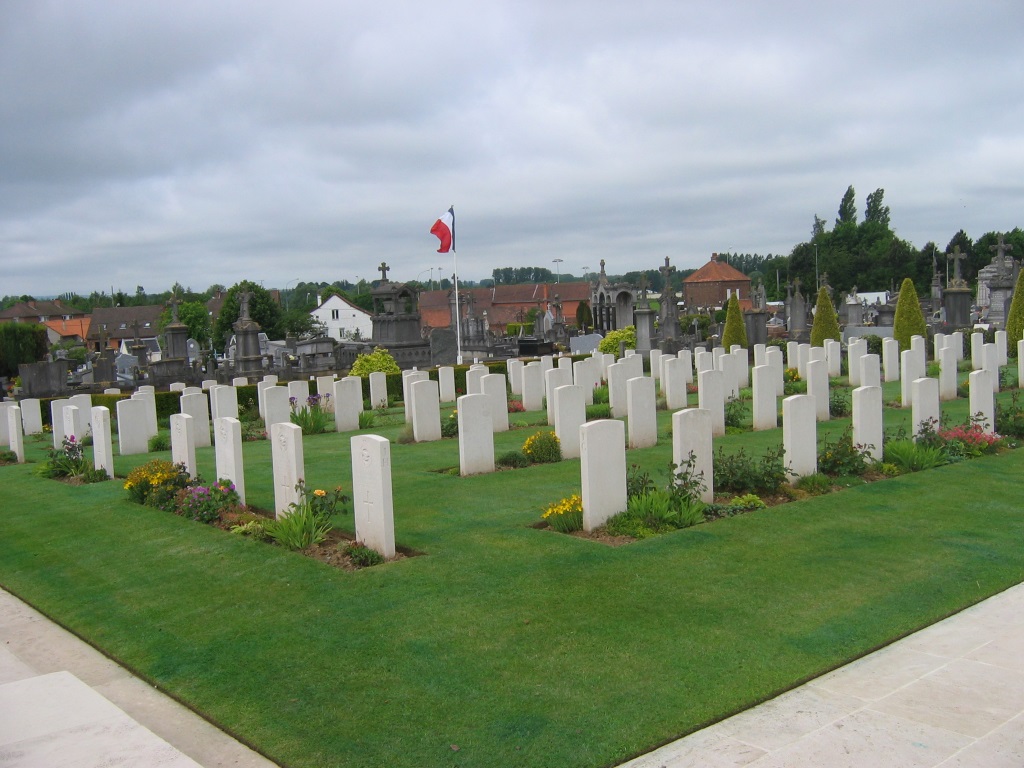 Aire is a town about 14 Kms south-south-east of St. Omer. The Communal Cemetery is 750 metres north of the town, on the road to St. Omer and the four Commonwealth plots are on the east side.

From March 1915 to February 1918, Aire was a busy but peaceful centre used by Commonwealth forces as corps headquarters. The Highland Casualty Clearing Station was based there as was the 39th Stationary Hospital (from May 1917) and other medical units. Plot I contains burials from this period.

The burials in plots II, III and IV (rows A to F) relate to the fighting of 1918, when the 54th Casualty Clearing Station came to Aire and the town was, for a while, within 13 kilometres of the German lines.

The cemetery now contains 894 Commonwealth burials of the First World War and a few French and German war graves. There are also 21 Second World War burials, mostly dating from the withdrawal to Dunkirk in May 1940.