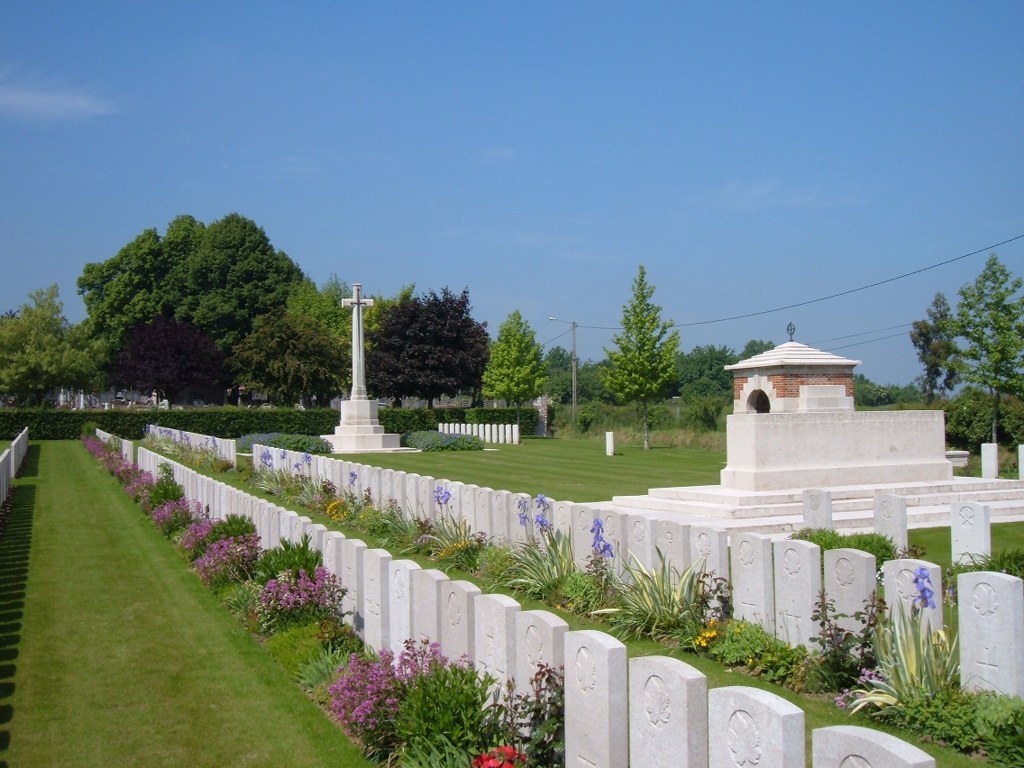 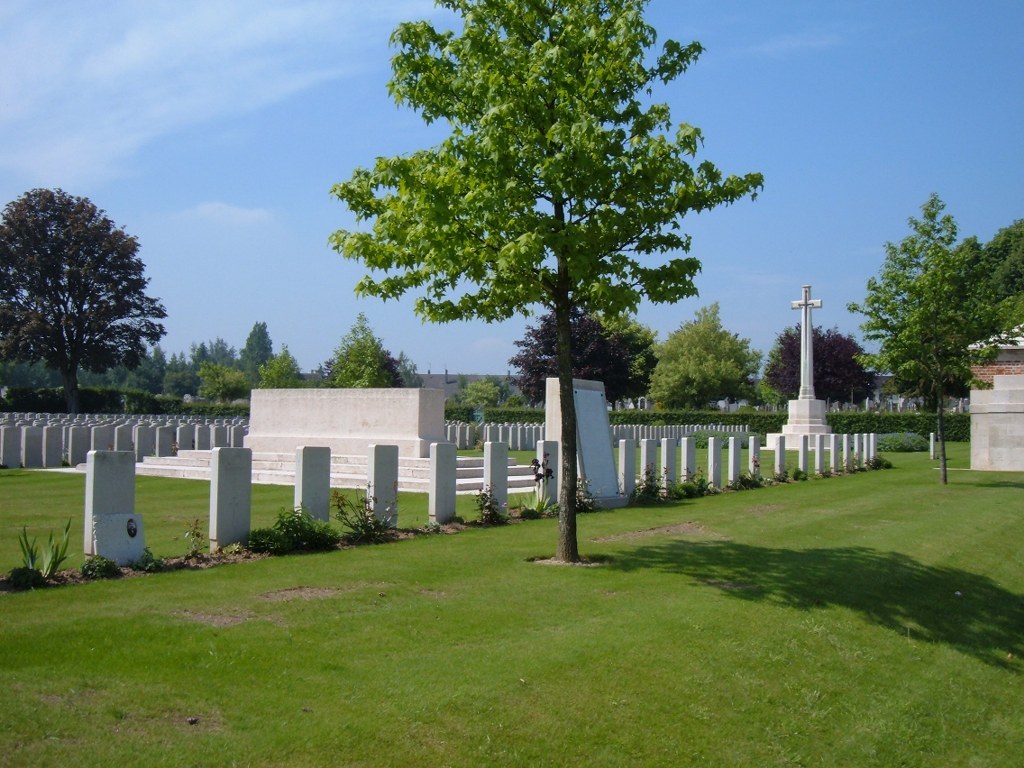 Barlin is a village about 11 Kms south-west of Bethune on the D188, between the Bethune-Arras and Bethune-St. Pol roads, about 6.5 Kms south-east of Bruay. The Communal Cemetery and Extension lie to the north of the village on the D171 road to Houchin.

Wheelchair access is possible to the cemetery extension with some difficulty - there are six steps from the road to the Cemetery Extension.