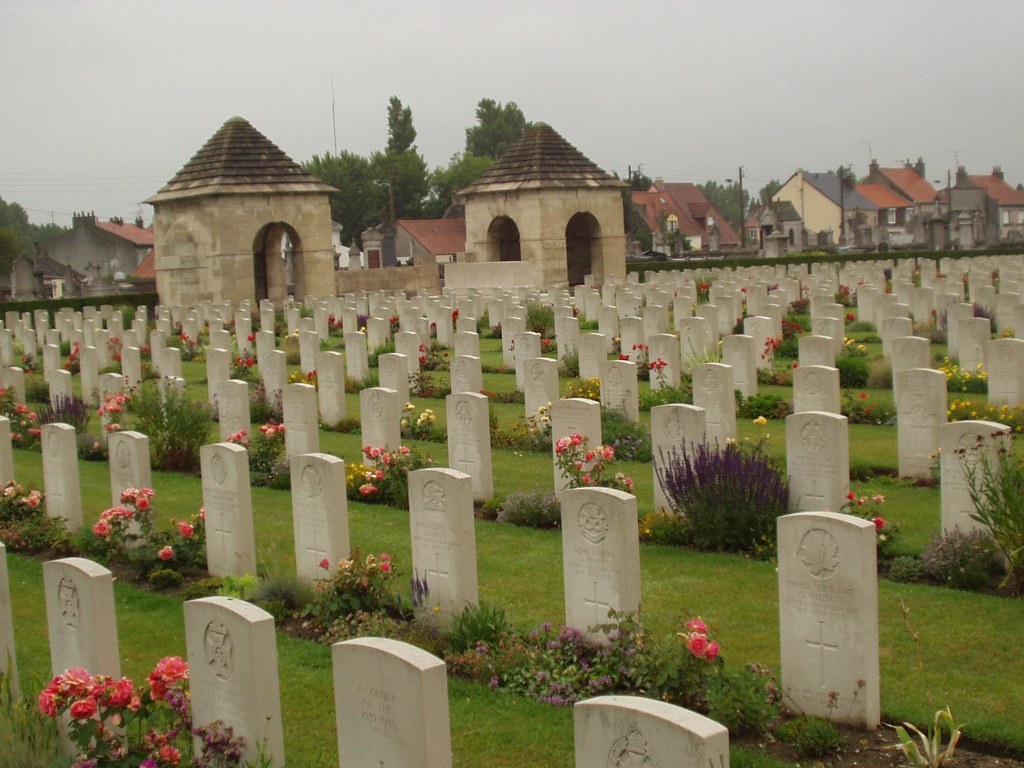 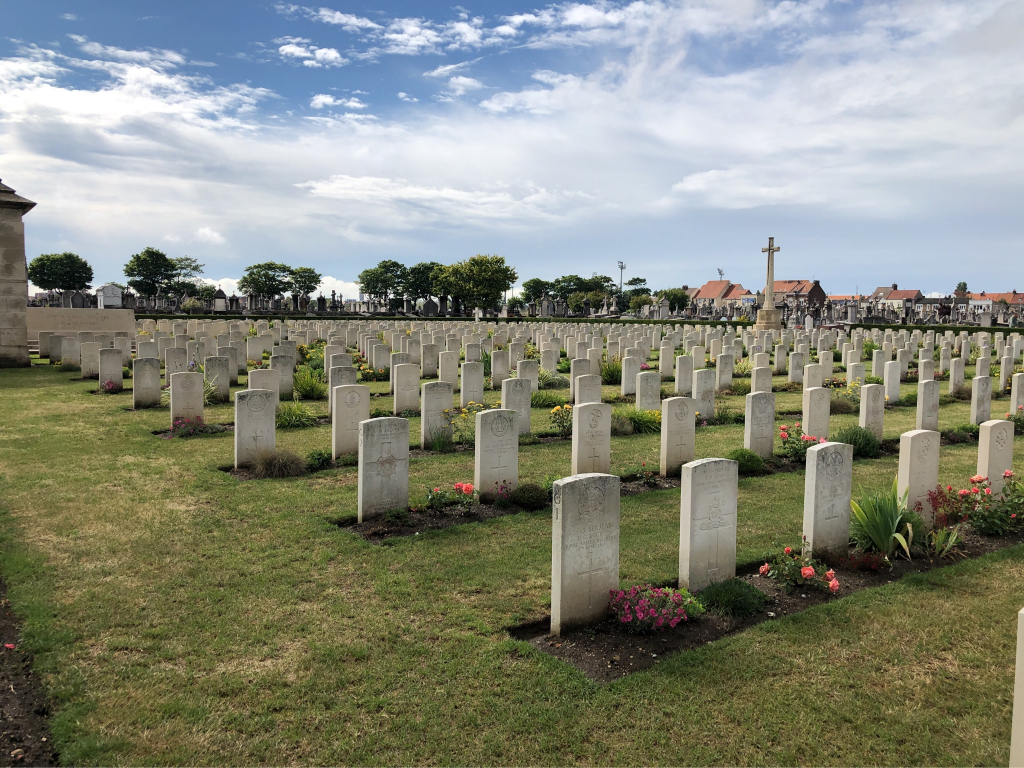 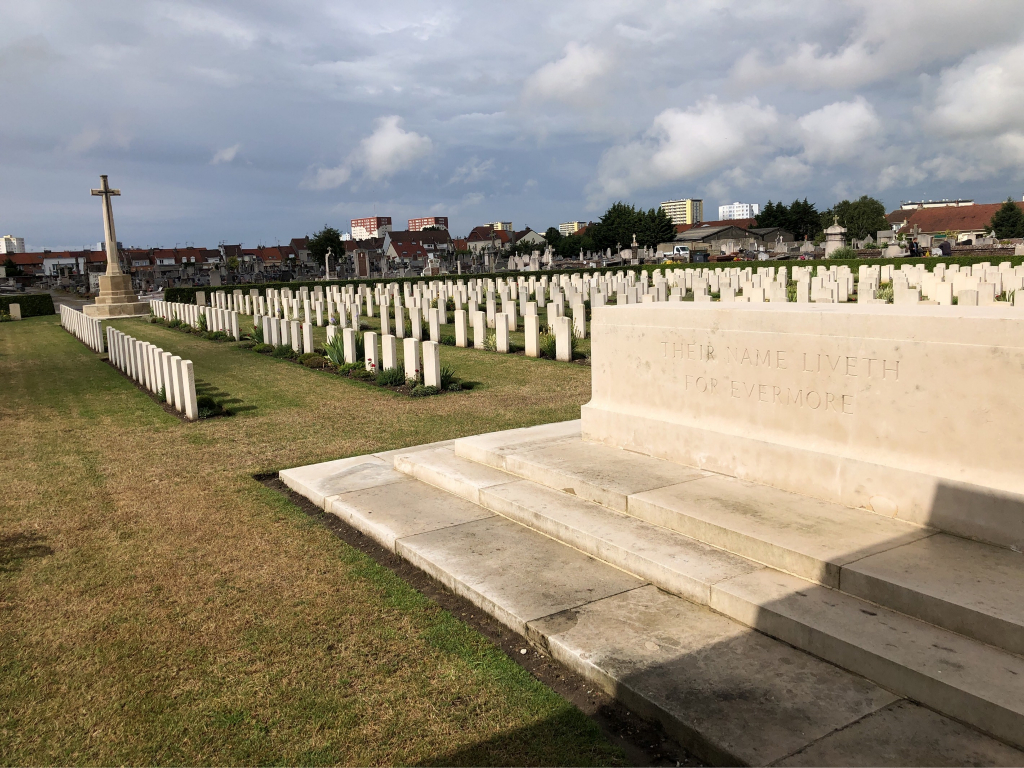 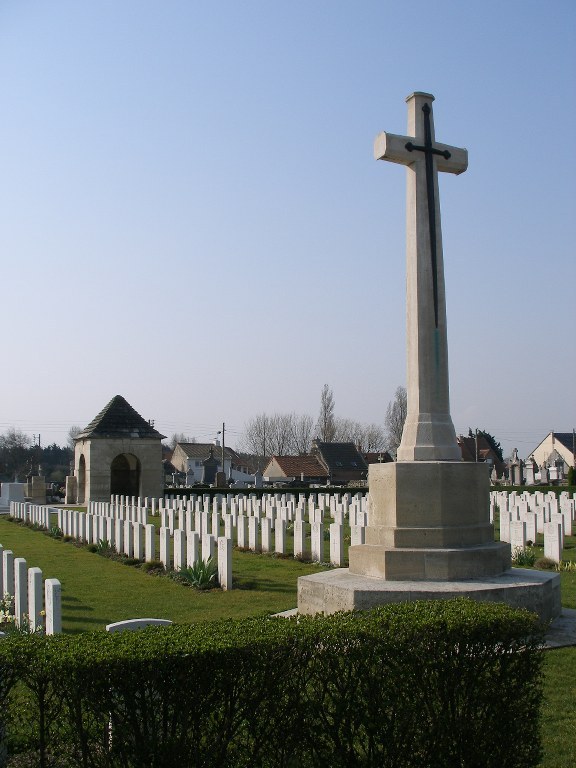 Calais Southern Cemetery is a civil cemetery lying on the south of the old main road to Dunkerque. Follow the A16 autoroute from Calais to Dunkirk. Come off at Junction 48 in the direction of Marck and follow the road to the junction. Turn left into Calais at the junction and follow Avenue de Calais D940) for approximately 3 kilometres and then straight on to Avenue de st. Expuréry. The Communal Cemetery is on the left hand side of the road, 50 metres after the traffic lights. To find the Commonwealth War Graves, proceed along the main pathway to the rear left hand side of the Cemetery.

In April 1915, No.6 Base Supply Depot was started at Calais to help relieve the pressure on Boulogne and to provide a base nearer to the front than Le Havre or Rouen. The base remained open until the last Commonwealth forces left France in March 1921.

The 30th, 35th and 38th General Hospitals, No.9 British Red Cross Hospital and No.10 Canadian Stationary Hospital were also stationed in the town, providing about 2,500 beds. From May 1915 to March 1918, Commonwealth burials were made in Calais Southern Cemetery. Subsequent interments were made in the new military cemetery at Les Baraques.

The cemetery now contains 721 First World War burials. There are also 224 burials of the Second World War, 56 of them unidentified, the majority dating from May 1940.

The Commonwealth plot was designed by Sir Herbert Baker.