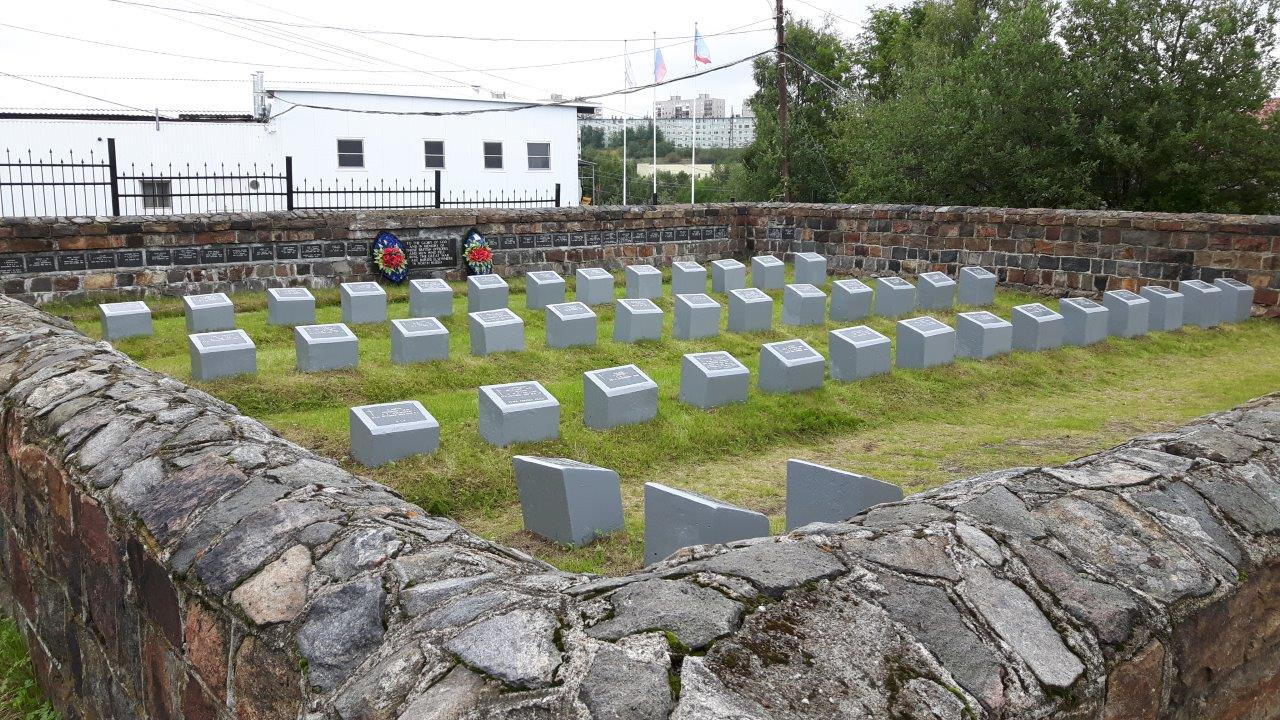 From the main thoroughfare, Lenin Prospect, head south until reaching the main crossroads just before the road rises steeply. Turn left and continue over two junctions into what used to be a state farm. Proceed for another 100 metres and the Cemetery is directly ahead.

Murmansk New British Cemetery was made in 1930. The 40 burials were moved in from the Old British Cemetery that had been used by No 86 General Hospital in 1918-19.The special memorials commemorate officers and men known to have been buried in cemeteries elsewhere in the Murman area. The cemetery now contains 83 burials and commemorations of the First World War.