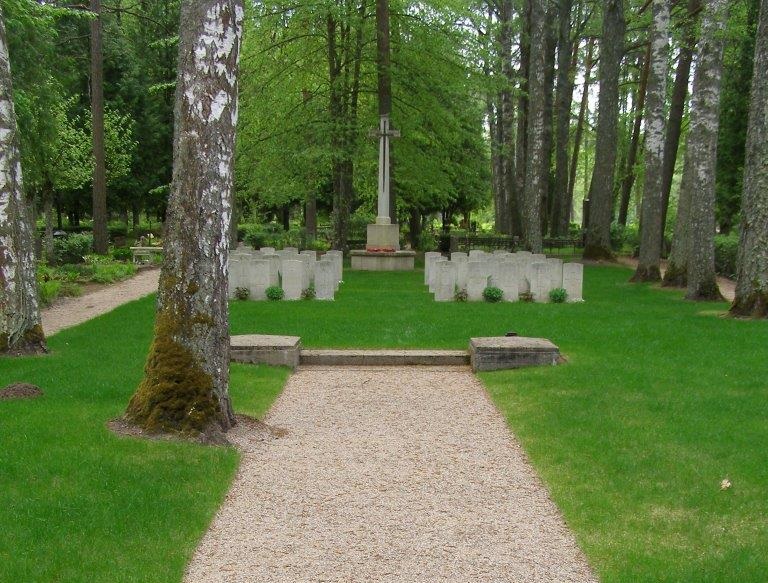 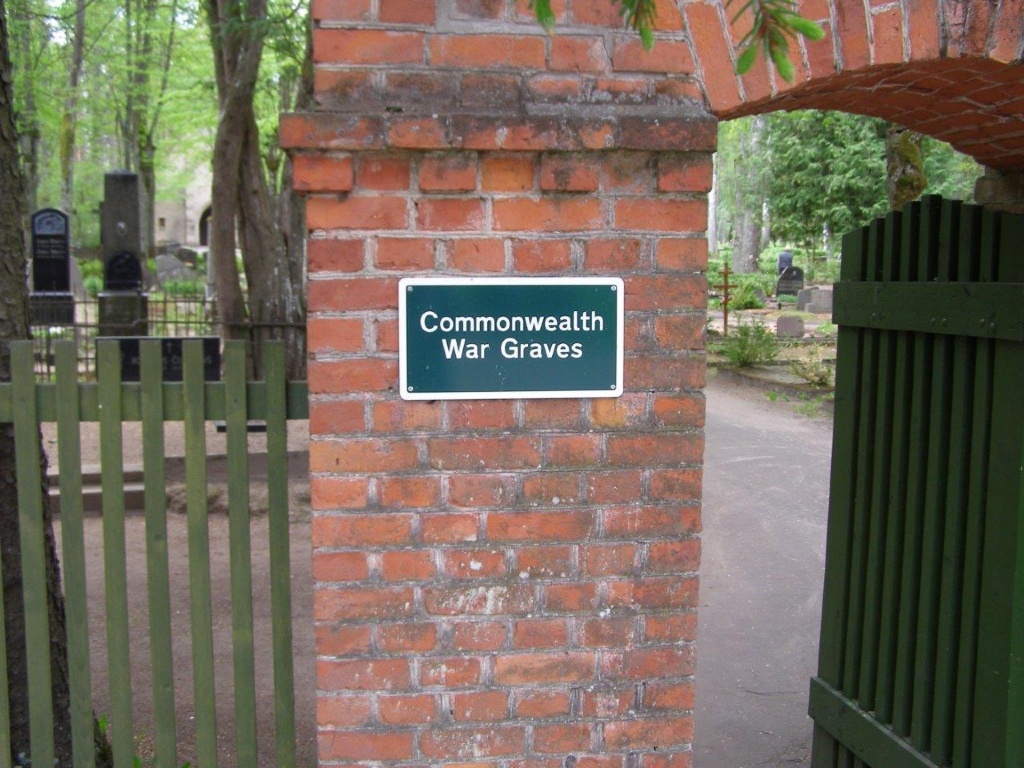 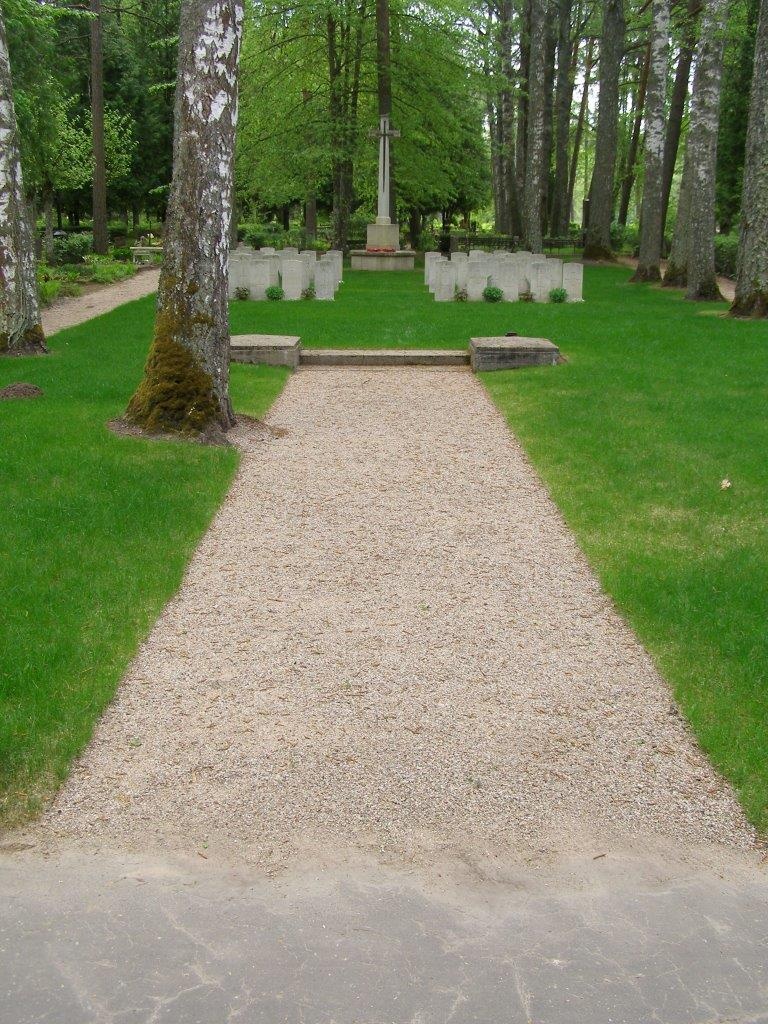 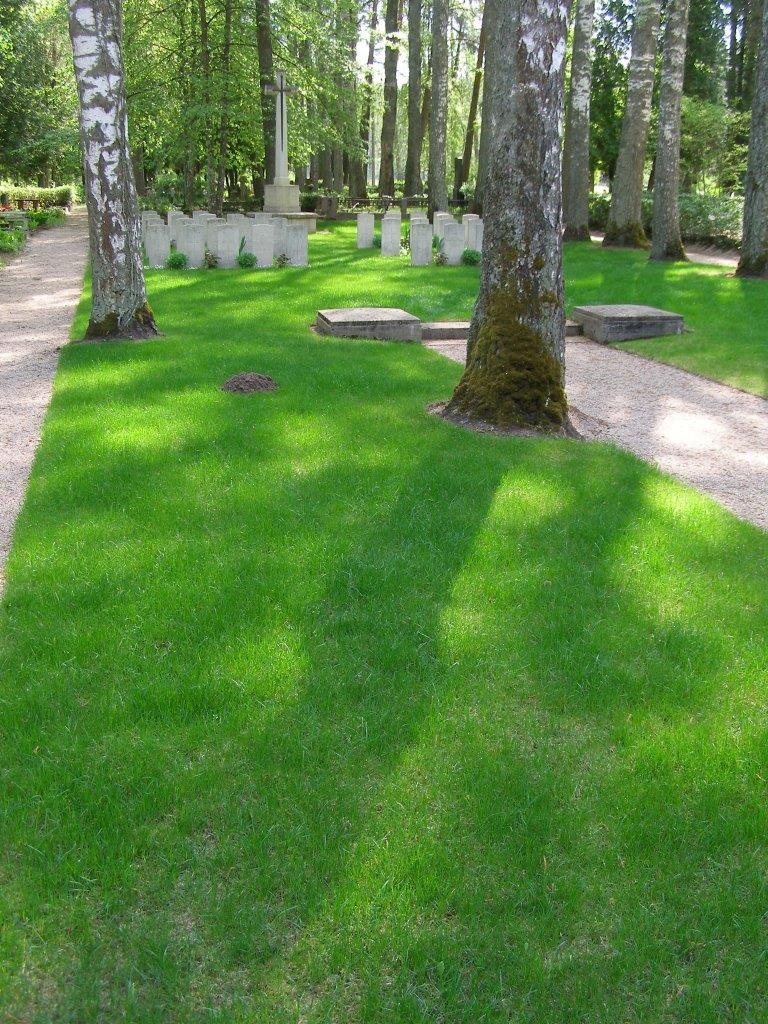 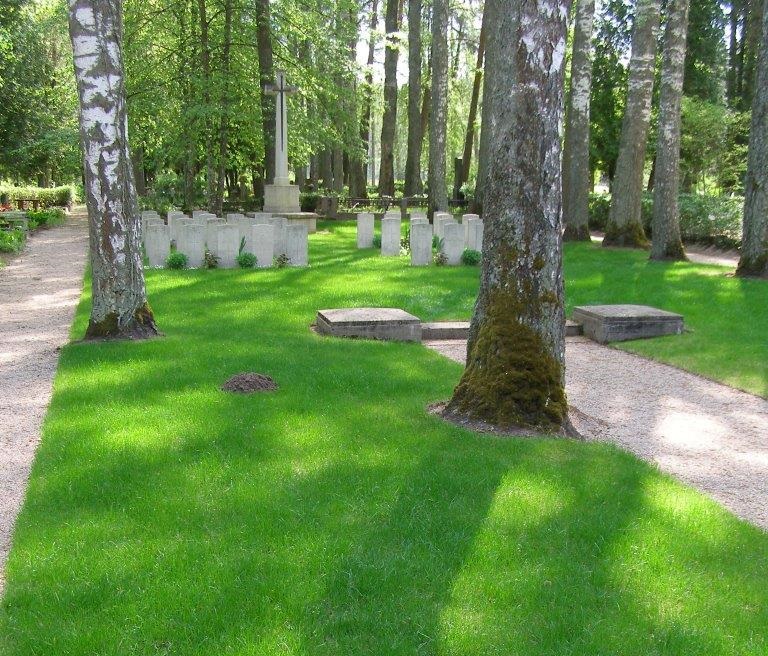 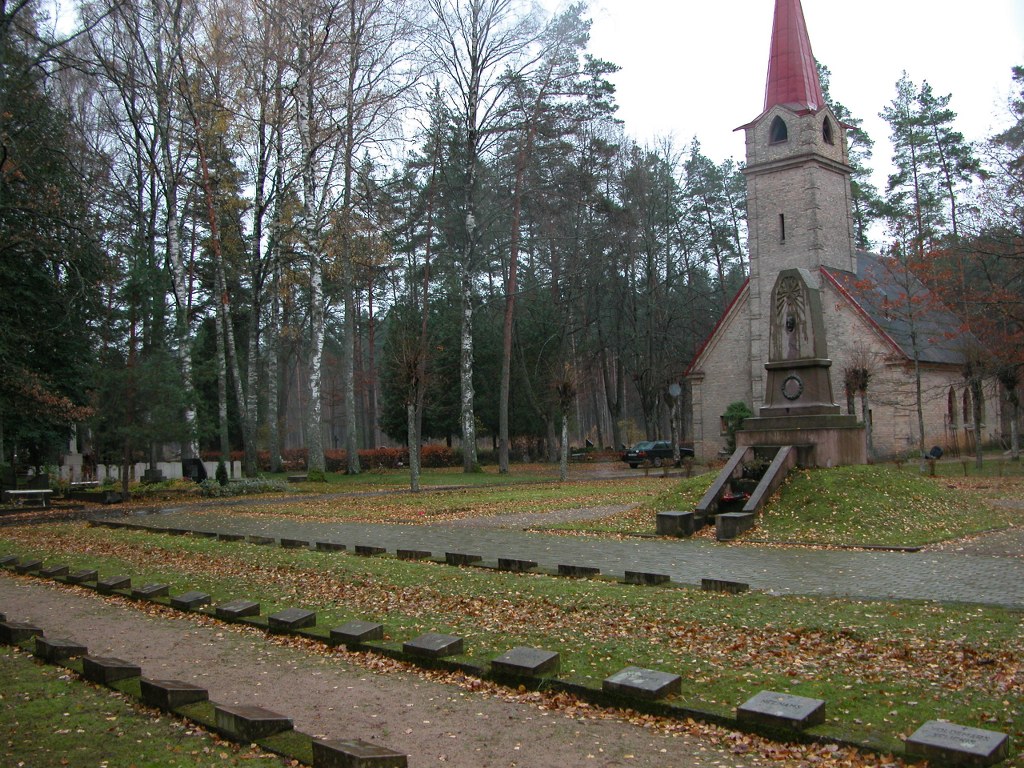 The Cemetery is a small plot within the large civil cemetery of Jelgava. The Cemetery is about 4 kilometres south-east of the town centre on Bauskas lela (P-82), which is the road to Mezciems. By road: Approaching from Riga on the P 82 you will reach the outskirts of Jelgava and at the major roundabout before proceeding further into Jelgava, you will see signs for Mezciems. It is the 3rd exit. Also visible is the beginning of the forest cemetery and the entrance road is a minor road, 2nd exit off the roaundabout just prior to the turn off for Mezciems. Proceed about 400 metres along this road named Meza kapi iela with the cemetery on your right to the main entrance. By public transport: The A5 bus runs from Jelgava with a bus stop in front of the main entrance. The bus stop is named Meza kapi. Note at the time of writing (April 2011) taxi availability in provincial towns can be sparse, therefore ask or make arrangements at your hotel.

To the right of the main path are the memorial and the graves of Latvian soldiers killed in the war of independence; to the left is the British plot, covering 299 square yards, and marked by a War Cross. Between the two plots is a memorial chapel with a belfry.

Wheelchair access to the cemetery and the Commonwealth War Graves plot is possible as both are on level ground.

Jelgava, better known as Mitau, was captured by German forces in the summer of 1915; and in 1919 it became part of the Republic of Latvia. The establishment of the Republic was followed by a successful struggle for national existence against Russian and unofficial German troops.

The British plot contains 36 Commonwealth burials, 4 of which are unidentified. Most died as prisoners in 1917 on what is now Latvian territory.

All the graves were brought in from other burial grounds after the Armistice; 17 came from MITAU RUSSIAN CEMETERY, 4 from MONIAK FARM CEMETERY (near the prison camp at Latschen), 3 from LIBAU NORTH CEMETERY, 3 from KLIWENHOF CHURCHYARD, and 9 from other places.