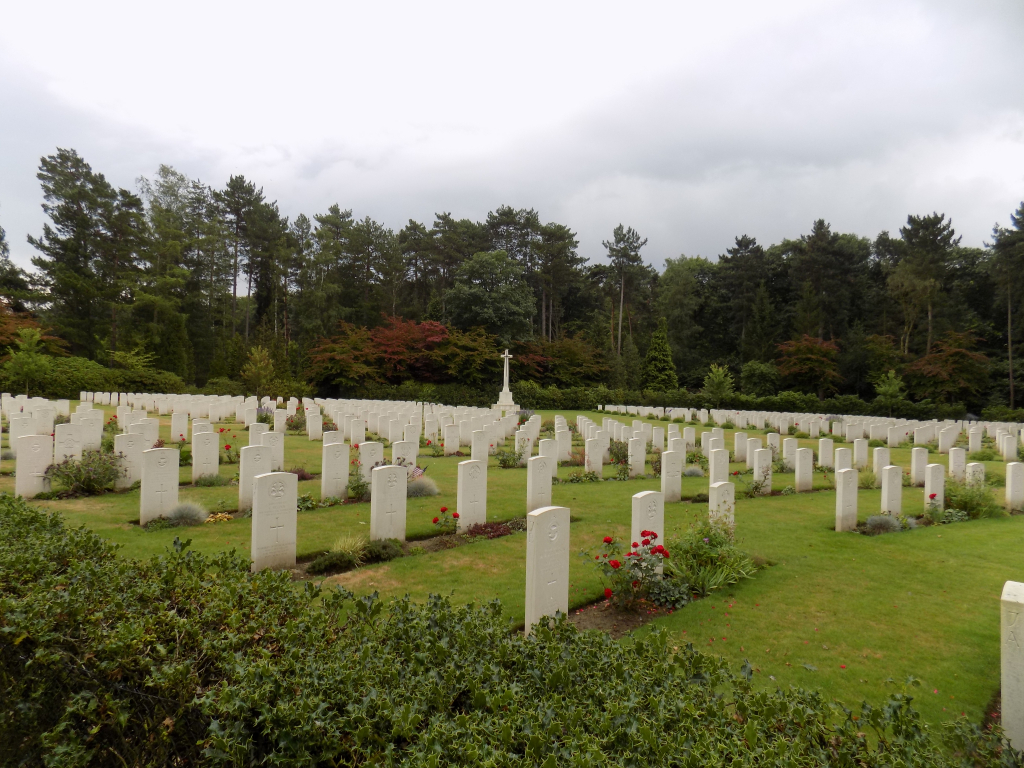 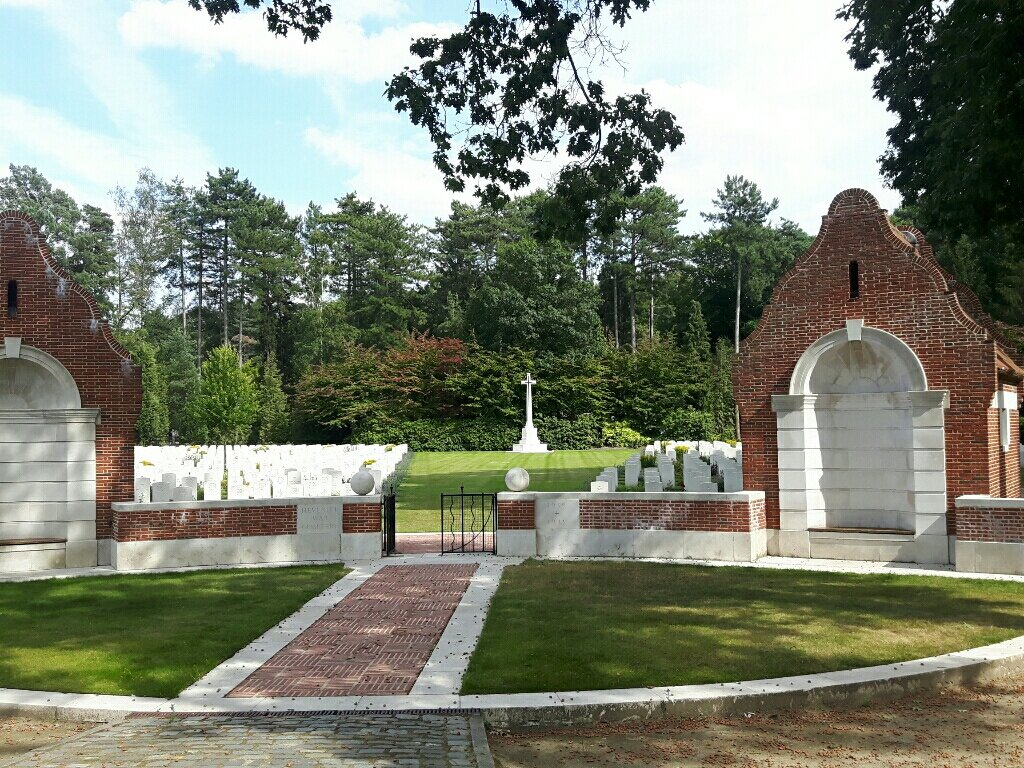 Heverlee War Cemetery is located 30 kilometres from Brussels and 3 kilometres south of Leuven. Turn left out of Leuven railway station onto the Tiensevest (ring road R 23). Follow the Tiensevest through the junctions Tiensepoort and Parkpoort and along the Naamsepoort. Turn left at the Naamsepoort onto the Naamsesteenweg (N251), signposted Namen, Waver and Heverlee. Continue until you cross the railway line at Heverlee and take the first left turn into the Hertogstraat. Follow Hertogstraat to the end and turn right at the Sport Hall onto the Kerspelstraat. Continue down the Kerspelstraat until you come to a crossroads at which the cemetery is located.

The original burial ground at Heverlee was on the opposite side of the lane. It was used after the liberation for burials from the 101st British General Hospital, which was then housed in Heverlee Girl's School close by. In July 1946, the present cemetery was started and was used for burials brought in from a wide area round about.

In addition to the Commonwealth burials, the cemetery also contains the graves of one American and 11 Polish airmen.