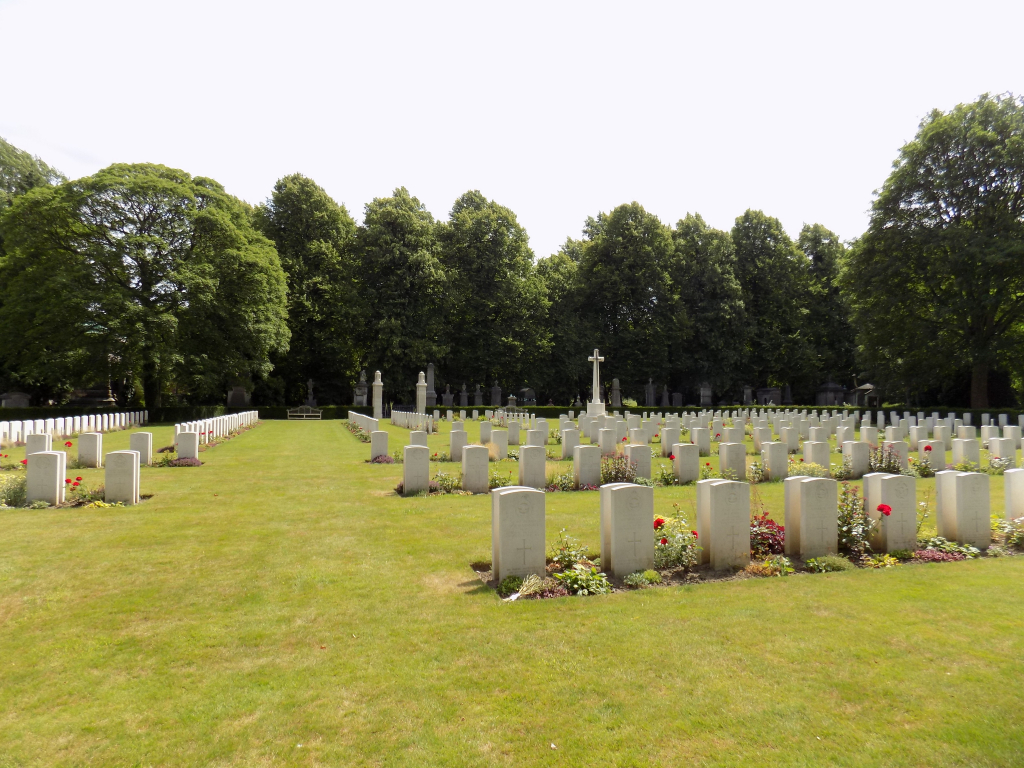 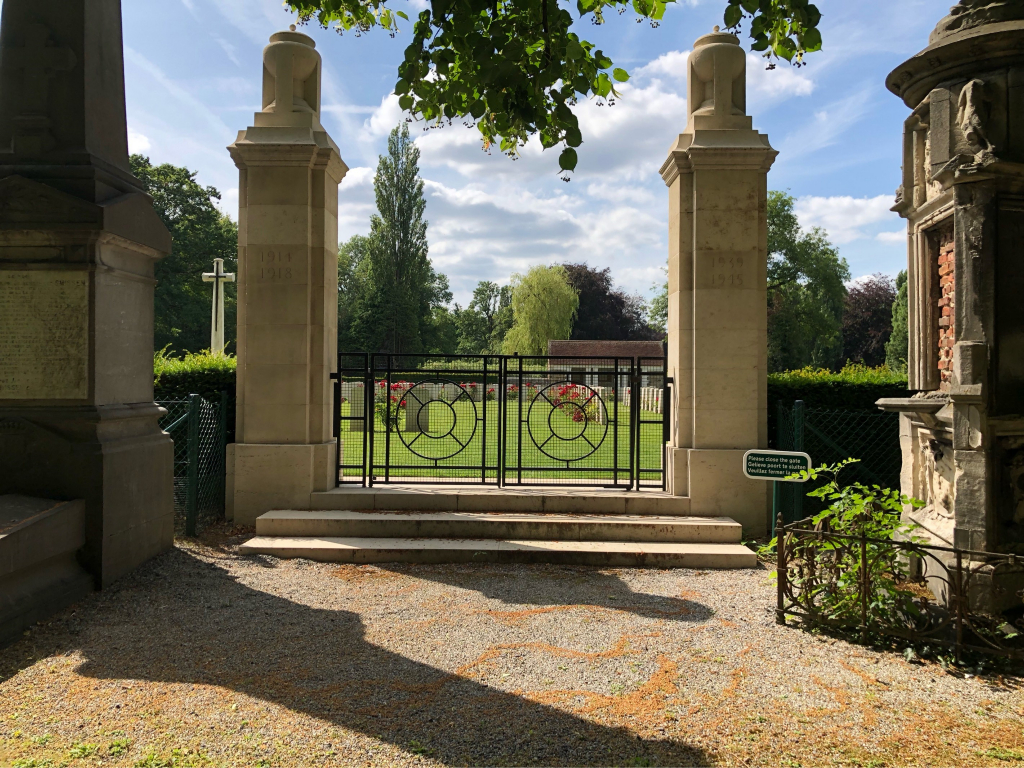 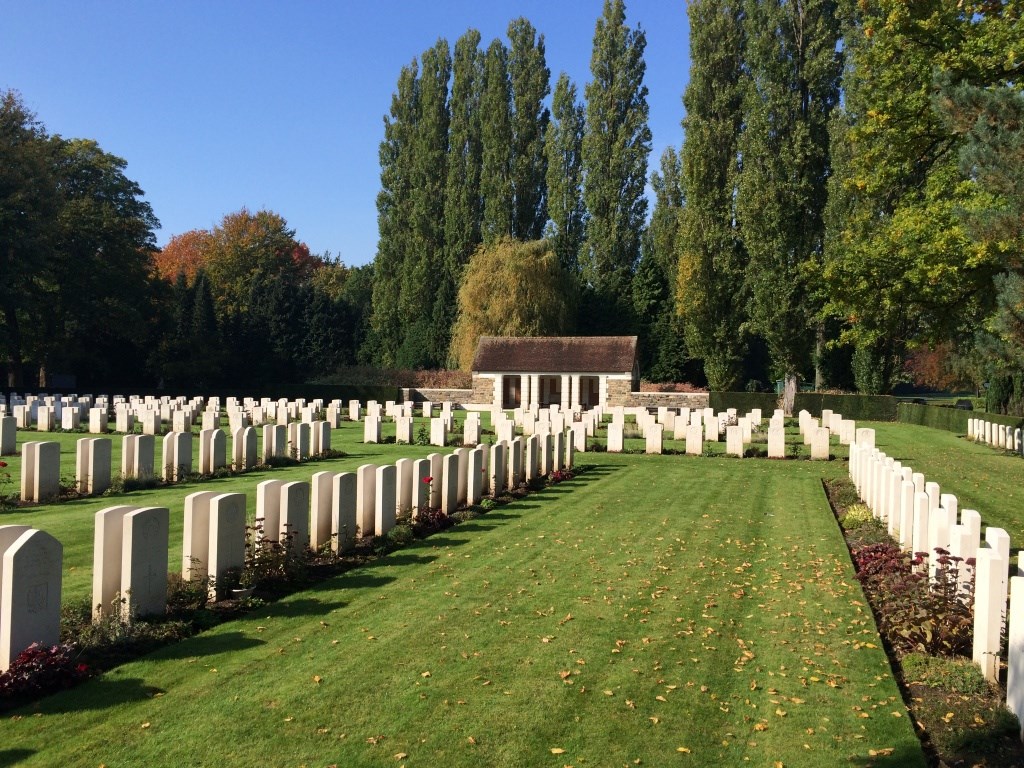 Brussels Town Cemetery is located in the north east corner of Brussels in the district of Evere. Follow the E40 Brussels-Liege road in the direction of Brussels and leave at junction 19, signposted Woluwe and Evere. Follow the sign Evere to the right and continue 500 metres along the avenue des Communautes to the first set of traffic lights. Go straight ahead here and down the avenue Ciceron to turn left around the roundabout at the bottom of the road. The entrance to the Town Cemetery is then on your right. Follow the main avenue through the cemetery as far as you can go and the Commission plot is on your left.

Please Note: Information received from the local authorities at Brussels states that "In accordance with their regulations it is forbidden to photograph headstones, in order to guarantee the anonymity and out of respect to the dead, without prior approval of the local alderman responsible for funerals and burials." However, as the Commission has no objections to photographs being taken or to the filming of our war graves, it is suggested that visitors wishing to do so should make this known to the staff in the office at the entrance of the cemetery.

Wheelchair access to site is possible, but may be an alternative entrance. For further information regarding wheelchair access, please contact our Enquiries Section on telephone number 01628 507200.

Brussels was in German hands from 20 August 1914 to the date of the Armistice. Plot X of the cemetery contains the graves of 54 Commonwealth casualties, 49 of which were brought back from Germany by the Canadian Corps in April 1919.

Most of the Second World War casualties buried in the town cemetery died on lines of communication duties after the liberation of Brussels at the beginning of September 1944, but a few date from the brief period that the BEF spent in Belgium in May 1940.

Brussels Town Cemetery contains 54 Commonwealth burials of the First World War and a further 587 from the Second World War, 4 of which are unidentified. There are also 35 Foreign National burials here and 5 Non world war Service burials.