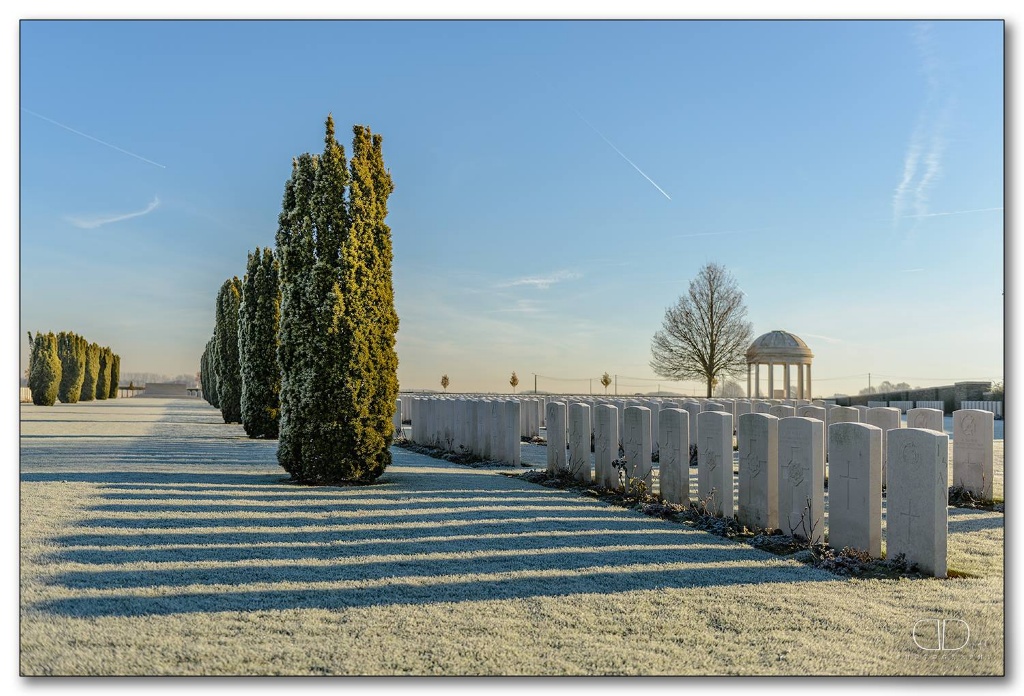 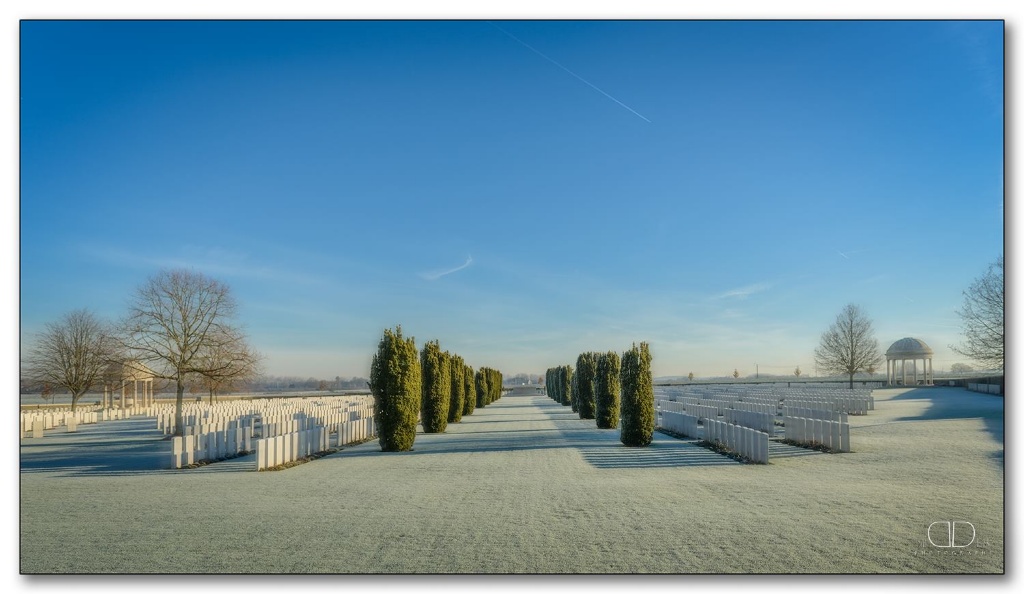 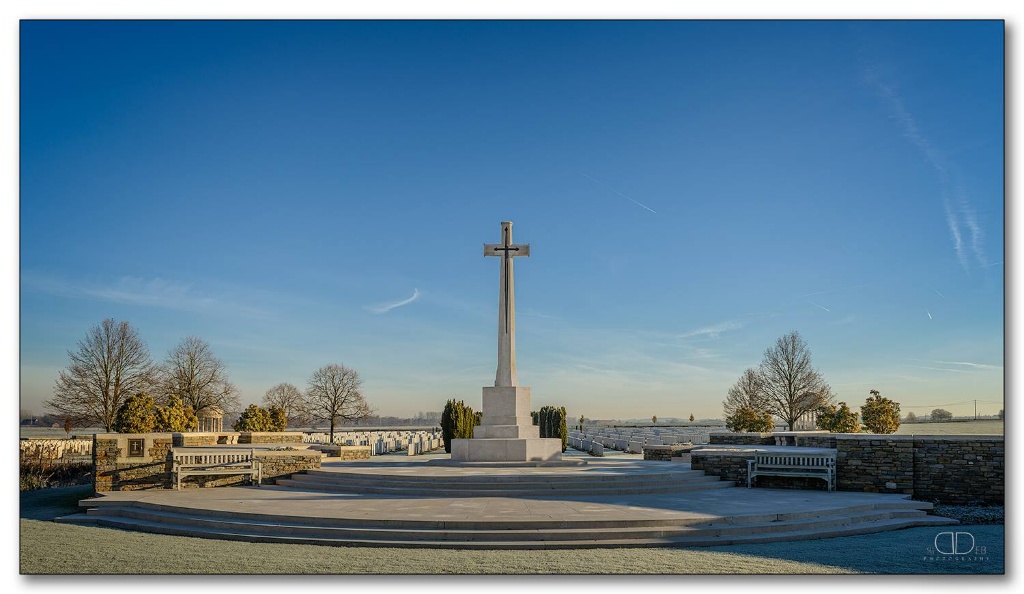 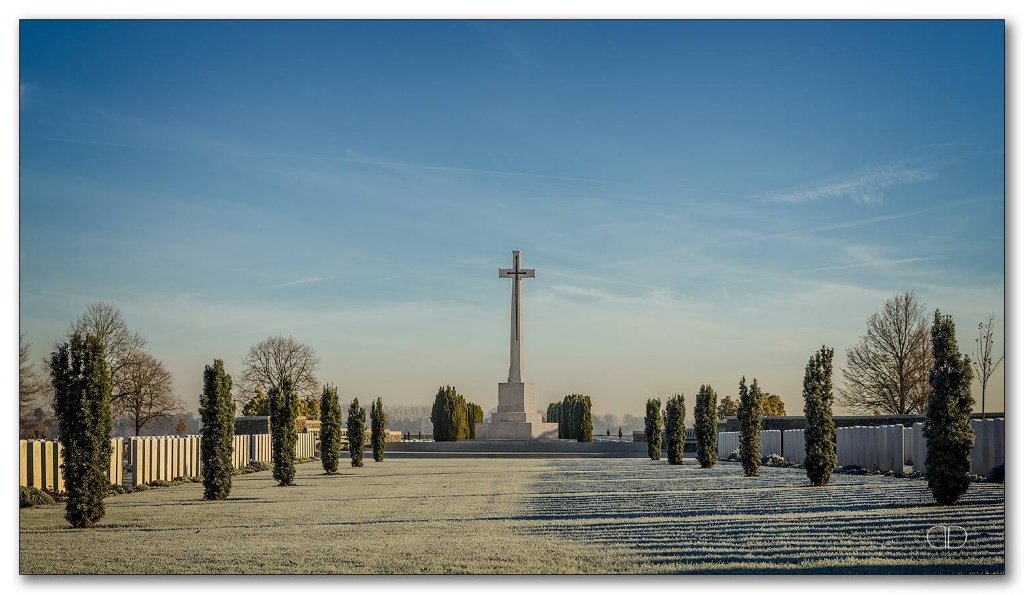 ASYLUM BRITISH CEMETERY, YPRES, was established in the grounds of a psychiatric hospital (the Hospice du Sacre Coeur) a little West of the railway station, between the Poperinghe road and the railway. It was used by Field Ambulances and fighting units from February 1915, to November 1917, and it contained the graves of 265 soldiers from the United Kingdom, nine from Canada, seven from Australia and two of the British West Indies Regiment.