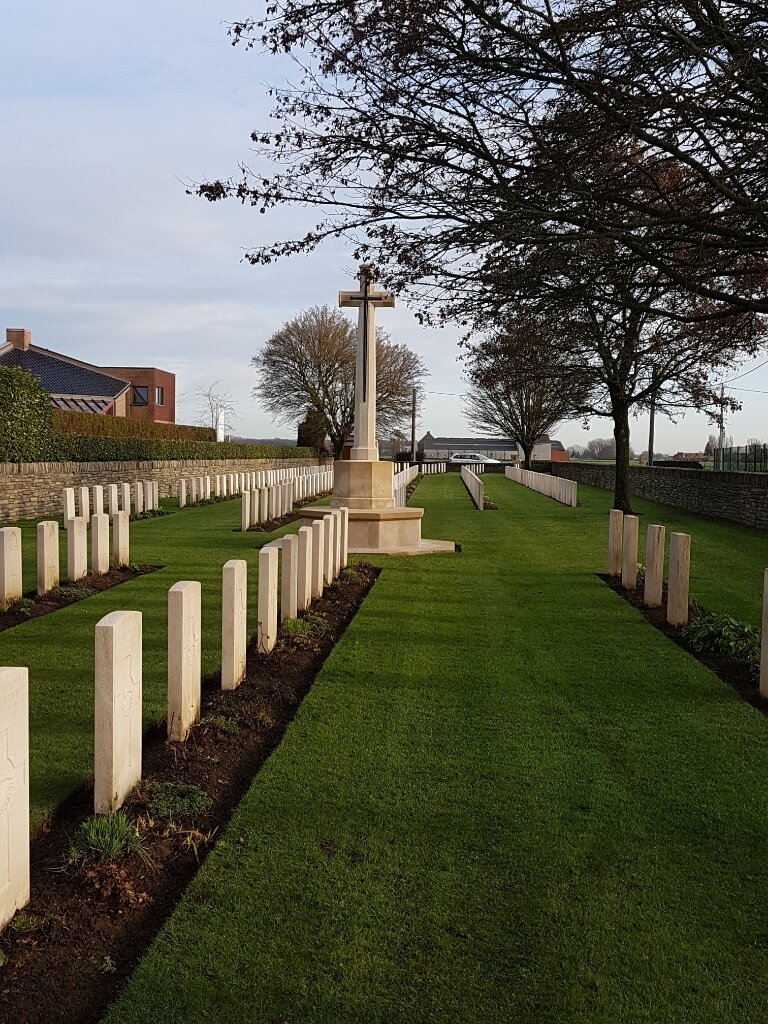 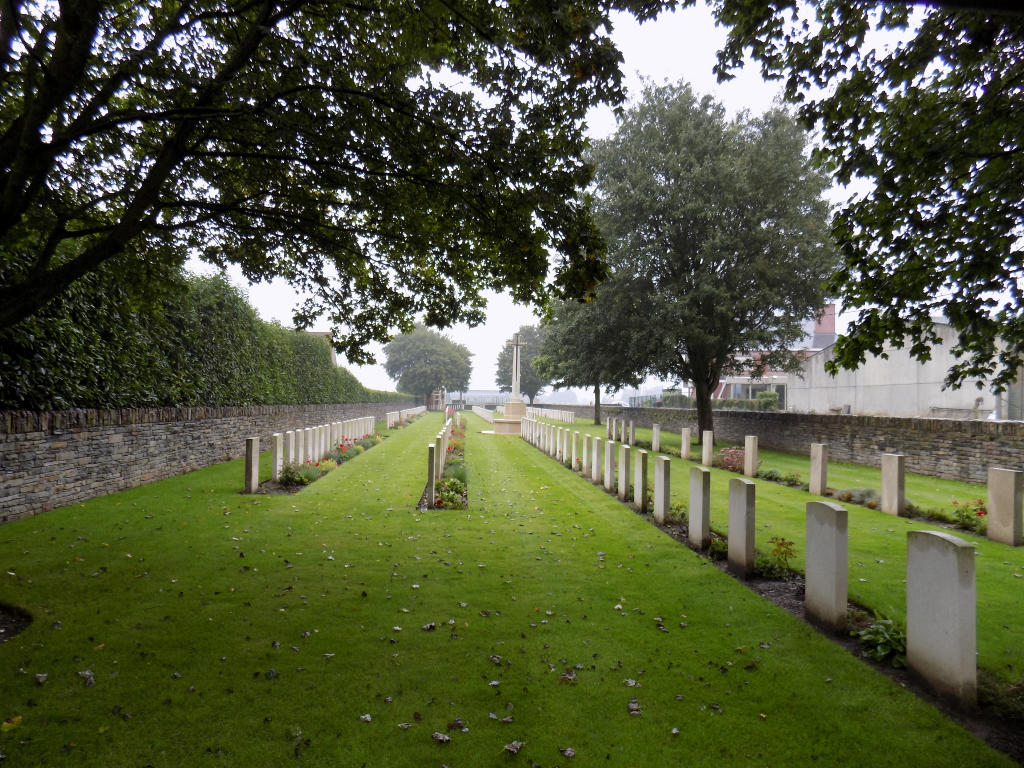 London Rifle Brigade Cemetery is located 15 Kms south of Ieper town centre, on a road leading from the Rijselseweg, N365, which connects Ieper to Wijtschate, Mesen, Ploegsteert and on to Armentieres. From Ieper town centre the Rijselsestraat runs from the market square, through the Lille Gate (Rijselpoort) and directly over the crossroads with the Ieper ring road. The road name then changes to the Rijselseweg. The cemetery lies 800 metres beyond the village of Ploegsteert, on the right hand side of the N365.

The commune of Ploegsteert remained under Allied occupation for much of the First World War, but was in German hands from 10 April to 29 September 1918. London Rifle Brigade Cemetery was begun by units of the 4th Division in December 1914, and used by fighting units and field ambulances until March 1918; some German burials were made in April and May. The cemetery owes its name to the 22 burials of the London Rifle Brigade (which then belonged to the 4th Division) in Plot III, made in January, February and March 1915. The cemetery now contains 335 Commonwealth and 18 German burials of the First World War. In June 1927, Lieut.-General Sir H.F.M. Wilson, late G.O.C. 4th Division, unveiled a tablet set in the wall at the north corner of the cemetery, commemorating the dedication of the cemetery by the Bishop of London on Easter Day 1915, and the sacrifice of 91 officers and 1,831 other ranks of the regiment during the war. The cemetery was designed by Charles Holden.