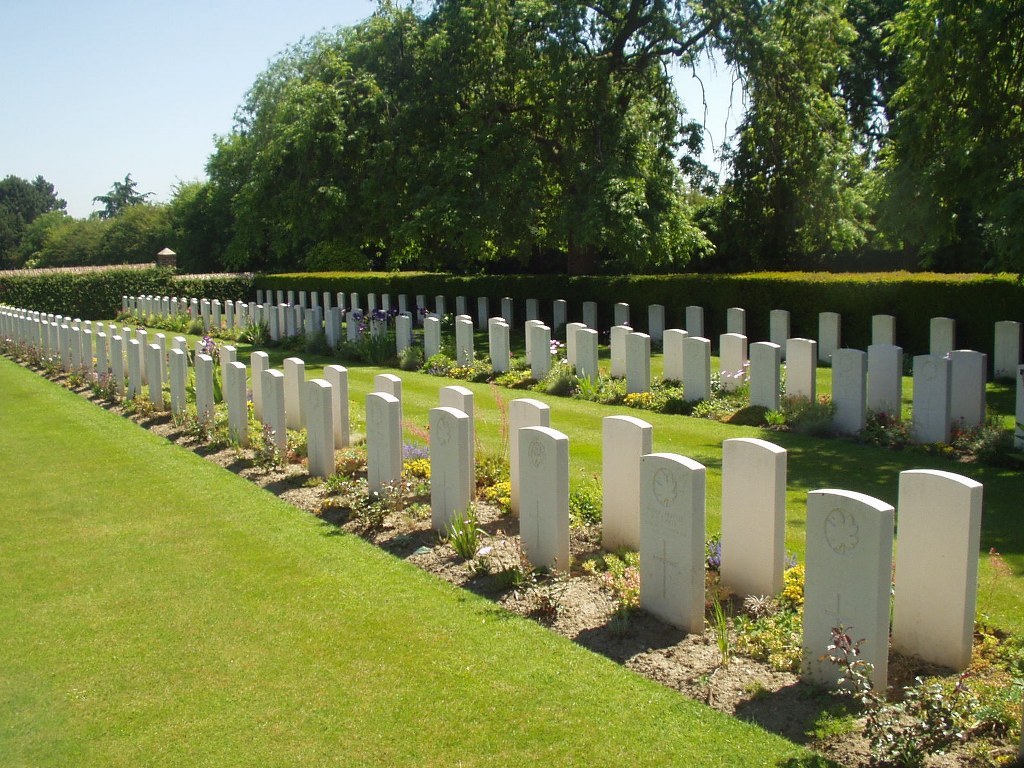 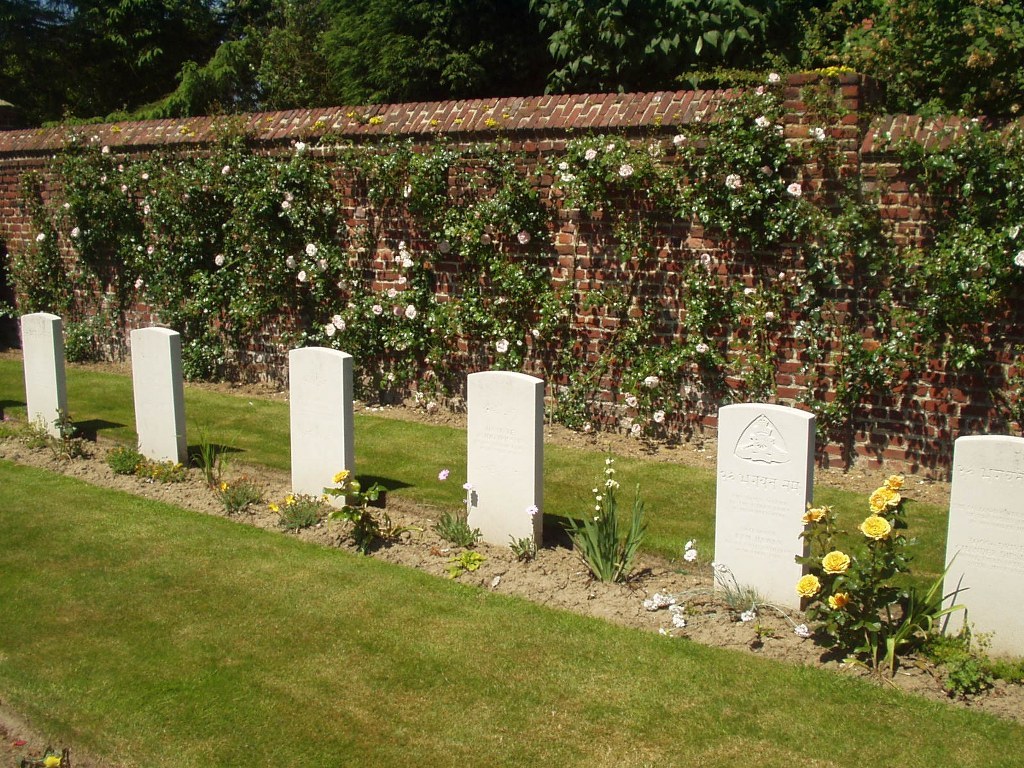 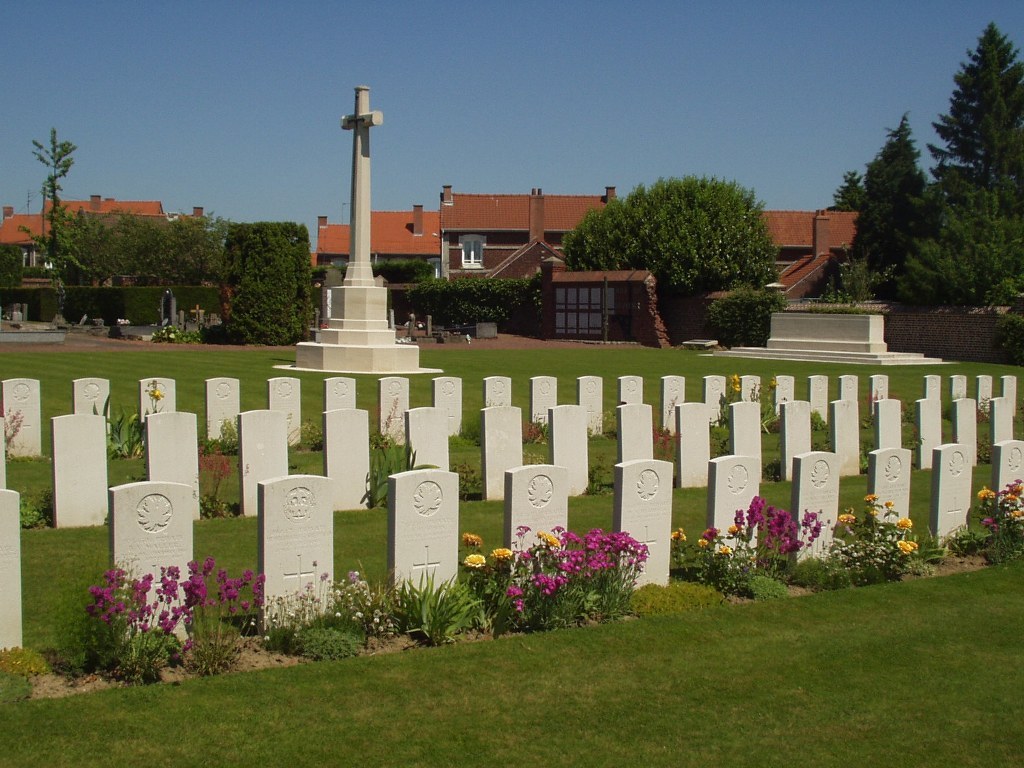 Bruay is a large village in the Department of the Pas-de-Calais, 6 kilometres south-west of Bethune and 26 kilometres north-west of Arras. Leave Bruay on the N.41 (Bethune/St Pol road). Turn right where signposts indicate Lens/Calonne-Riquart. After 400 metres turn right again, sign Cimetiere Ouest. Continue up the hill past the minor memorial. The cemetery is found after one kilometre on the right hand side. The Commonwealth plot is in the far right hand corner.

The extension to the communal cemetery was begun by French troops in October 1914, on land belonging to the Compagnie des Mines de Bruay. When the French Tenth Army handed over this part of the line to Commonwealth forces in March 1916, the 22nd Casualty Clearing Station, which was established at Bruay, continued to bury in it. Nearly half the burials in the extension are from the Canadian Corps who occupied this sector from early in 1917. There are now 412 Commonwealth burials of the First World War in the extension. The Commonwealth plots, which were designed by Sir Edwin Lutyens, also contain some French and German war graves.