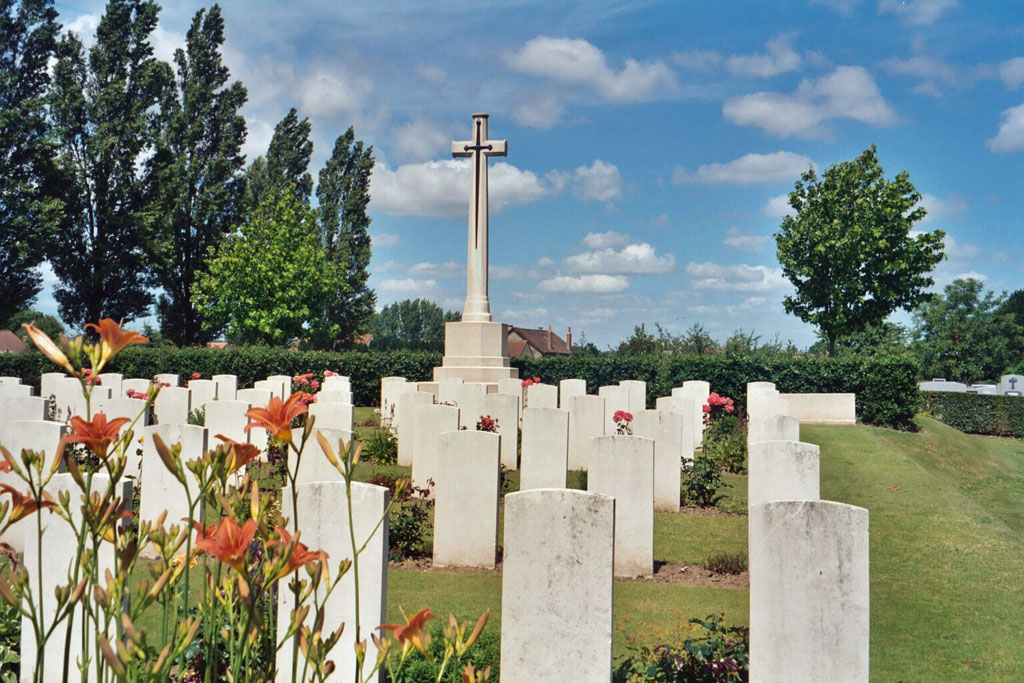 Fouquieres-les-Bethune is a village about 1 kilometre south-west of Bethune. The churchyard is on the right side of the road to Bruay, where it goes through a small industrial estate. The extension stands at the head of 20 steps leading up from the road, overlooking the village.

Wheelchair access to this site is very difficult and may be impossible at times of bad weather. For further information regarding wheelchair access, please contact our enquiries dept. on 01628 634221.

The long row which forms Plot I of the churchyard extension was used from May 1915 to April 1918 and between April and October 1918, three further plots were made between the churchyard and the road. Many of the burials took place from field ambulances stationed in the village. The great majority of the graves are those of Territorial soldiers, 249 of them from the 46th (North Midland) Division, which spent three years in the neighbourhood and based its transport at Fouquieres. During the Second World War, in 1940, No.9 Casualty Clearing Station was at Beuvry, about 3 kilometres away from Fouquieres, and some burials from this hospital were made in the churchyard extension. Fouquieres Churchyard Extension contains 387 Commonwealth burials of the First World War and 29 from the Second World War. There are also five German war graves. The extension was designed by Sir Edwin Lutyens.