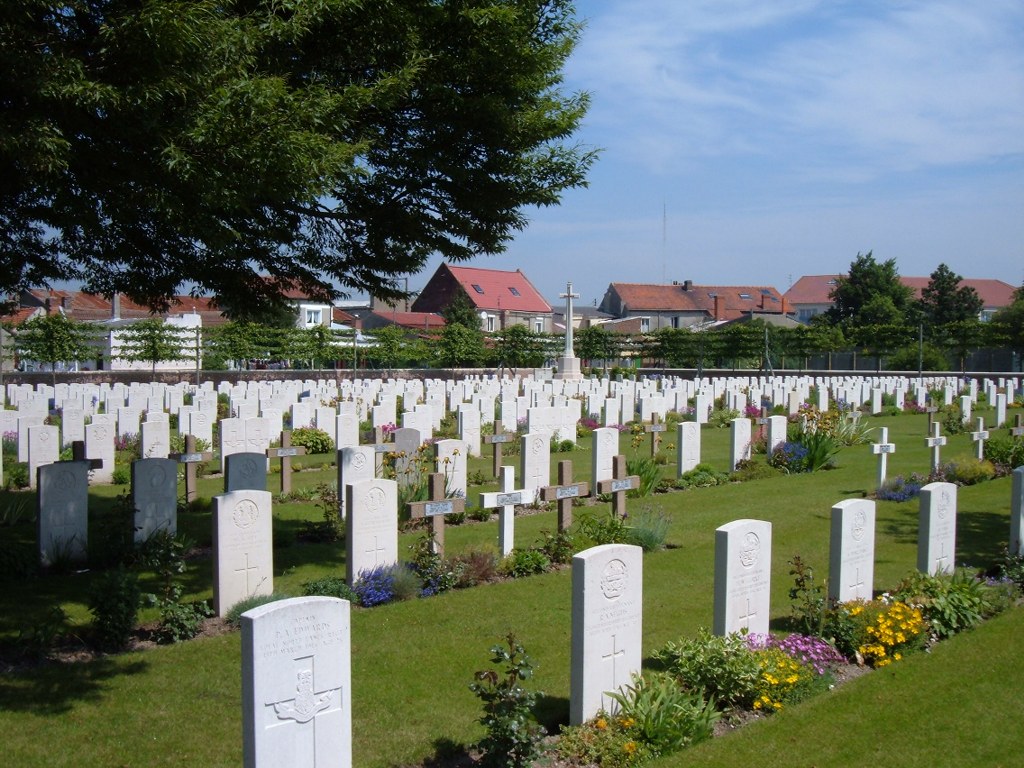 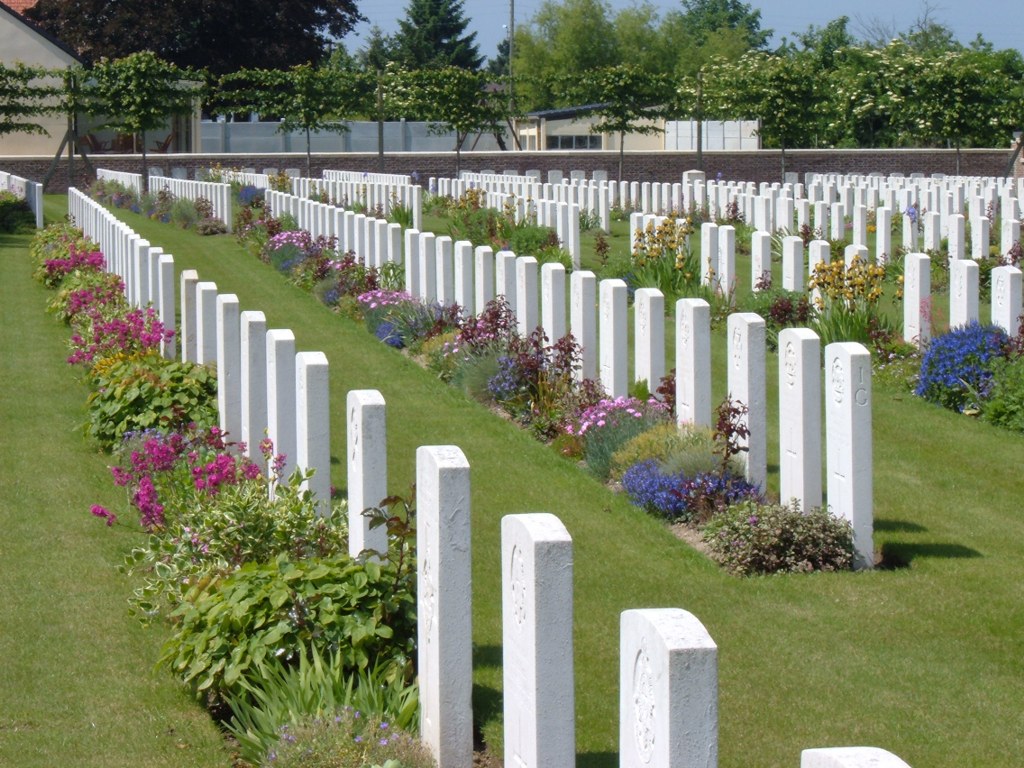 Maroc British Cemetery is located in the village of Grenay, which is about 15 kilometres south-east of Bethune. From Lens take the N43 towards Bethune. After Loos-en-Gohelle turn left (after the petrol station) and continue straight on. The Cemetery is a few kilometres on the right side of the road, in the village.

Wheelchair access to this site is possible, but may be by alternative entrance.

If necessary, one can park in the pavement in front of the cemetery, or alternatively there is a long parking bay directly across the road from the cemetery with enough room for 2-3 coaches.

The cemetery was begun by French troops in August 1915, but it was first used as a Commonwealth cemetery by the 47th (London) Division in January 1916. During the greater part of the war it was a front-line cemetery used by fighting units and field ambulances, and protected from German observation by a slight rise in the ground. Plot II was begun in April 1917 by the 46th (North Midland) Division and by the middle of October 1918, Plot III, Row A and part of Row B, had been filled. The remainder of Plot III, and the ends of certain rows in Plot I, contain graves brought in after the Armistice from the battlefields and small cemeteries (including Maroc Churchyard), north and east of Grenay. Maroc British Cemetery now contains 1,379 Commonwealth burials and commemorations of the First World War. 264 of the burials are unidentified but there are special memorials to 89 casualties known to be buried among them. In particular, 87 officers and men of the 6th London Regiment, who died on 25 September 1915 in the capture of Loos, are now buried (but without individual identification) in Plot III, Rows H, J, K and L. The cemetery also contains 45 French and German burials. The cemetery was designed by Sir Herbert Baker.