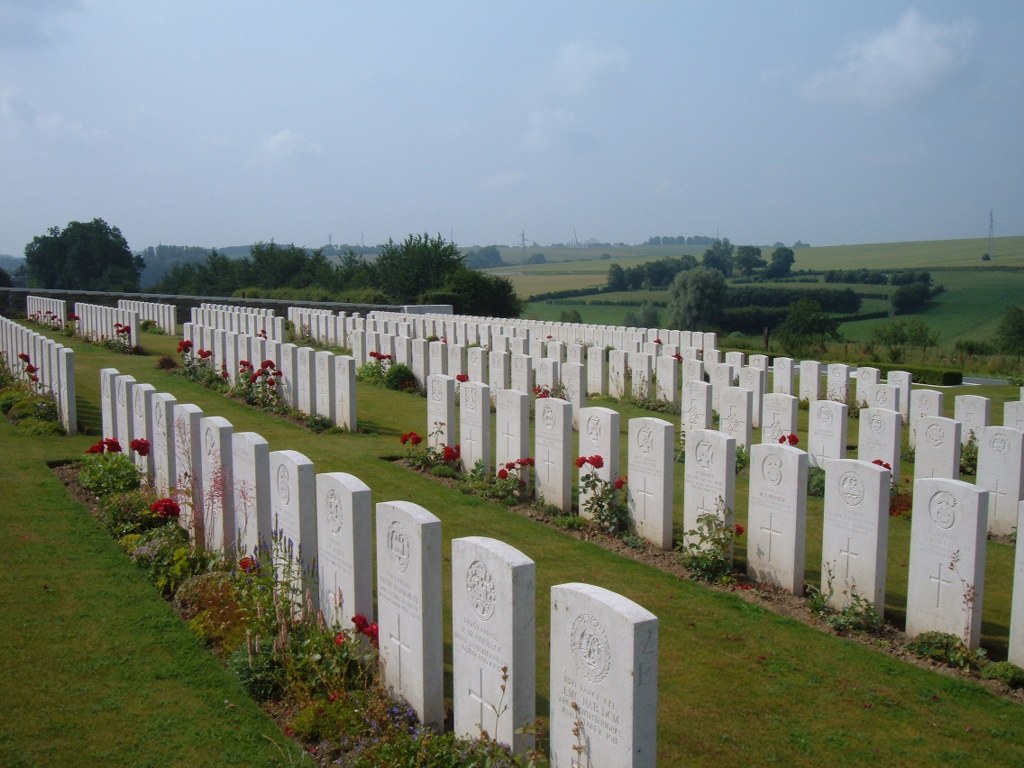 Montay is a village on the northern outskirts of Le Cateau. The Cemetery is one kilometre north of the village on the eastern side of the road to Solesmes.