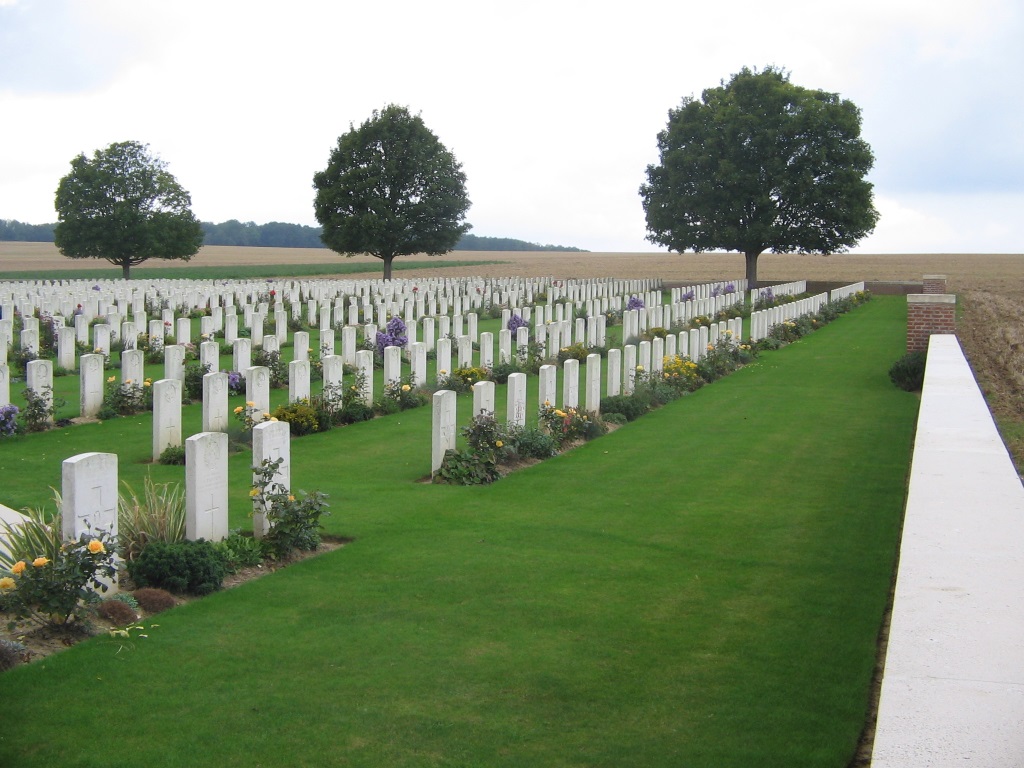 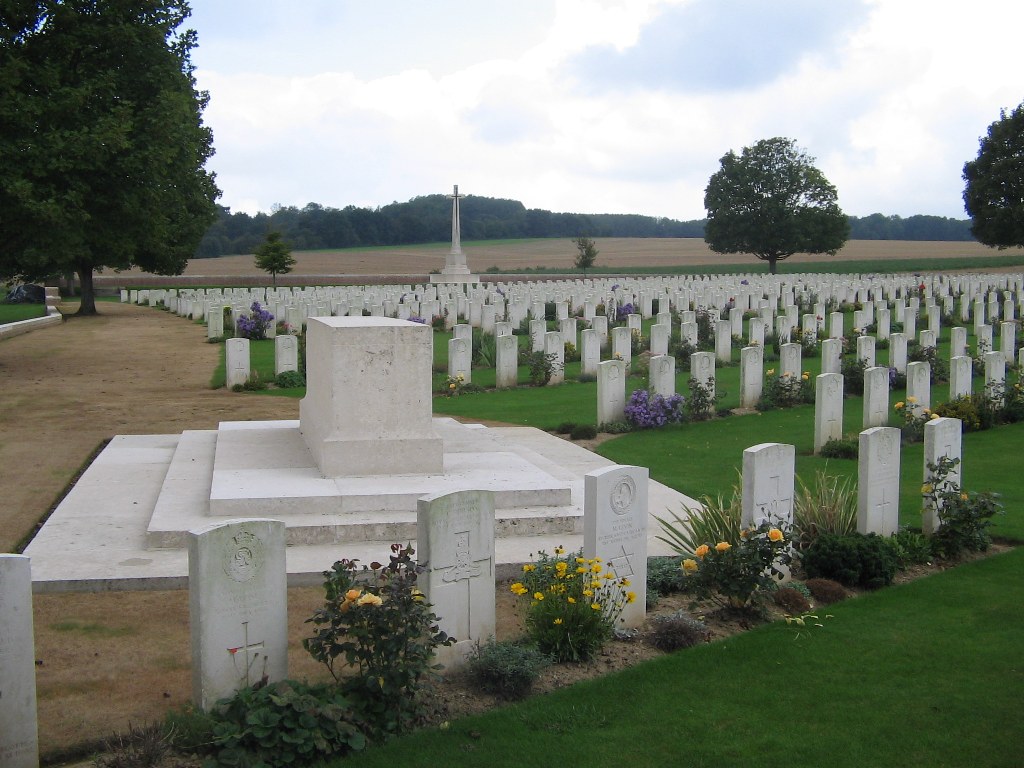 This cemetery was begun by the French but was used by Commonwealth divisions and field ambulances from the time they took over this part of the front in July 1916 until September 1918. It is associated particularly with the Canadian Corps whose headquarters were nearby and many of the graves in Plots V to X date from April 1917 and the Battle of Vimy Ridge. After the Armistice, a few graves were brought in from isolated positions in the neighbourhood and in June 1923, the French graves were removed, the great majority to Notre Dame-de-Lorette French National Cemetery. Villers Station Cemetery now contains 1,208 Commonwealth burials of the First World War and 32 German war graves. The cemetery was designed by Sir Reginald Blomfield.