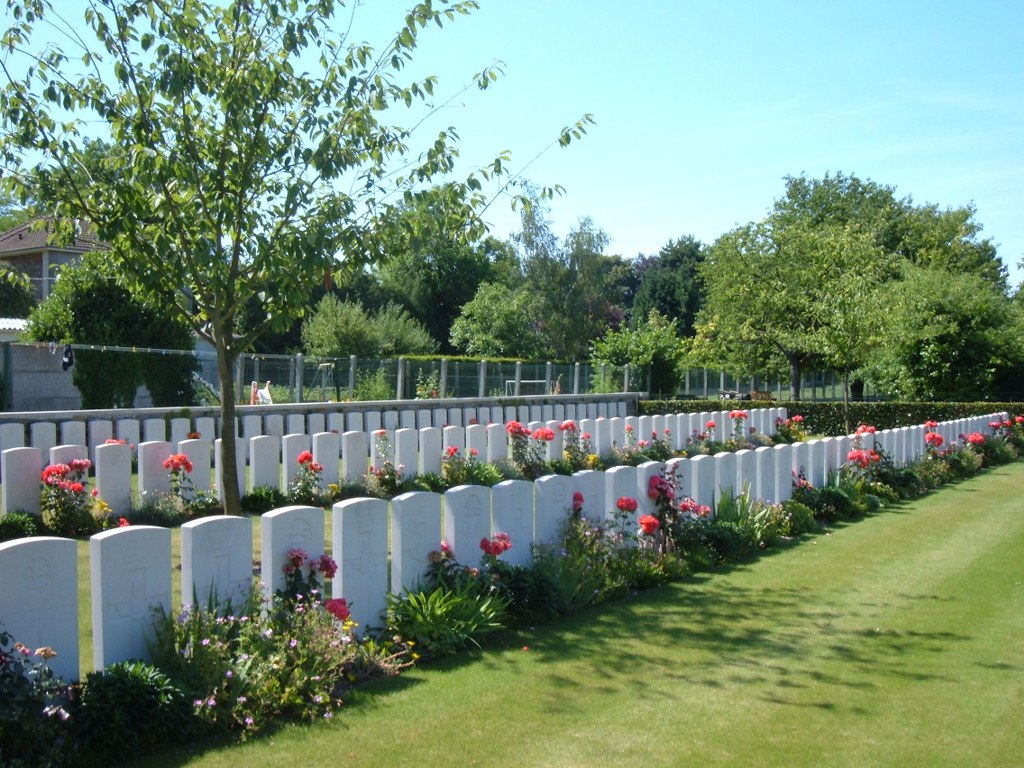 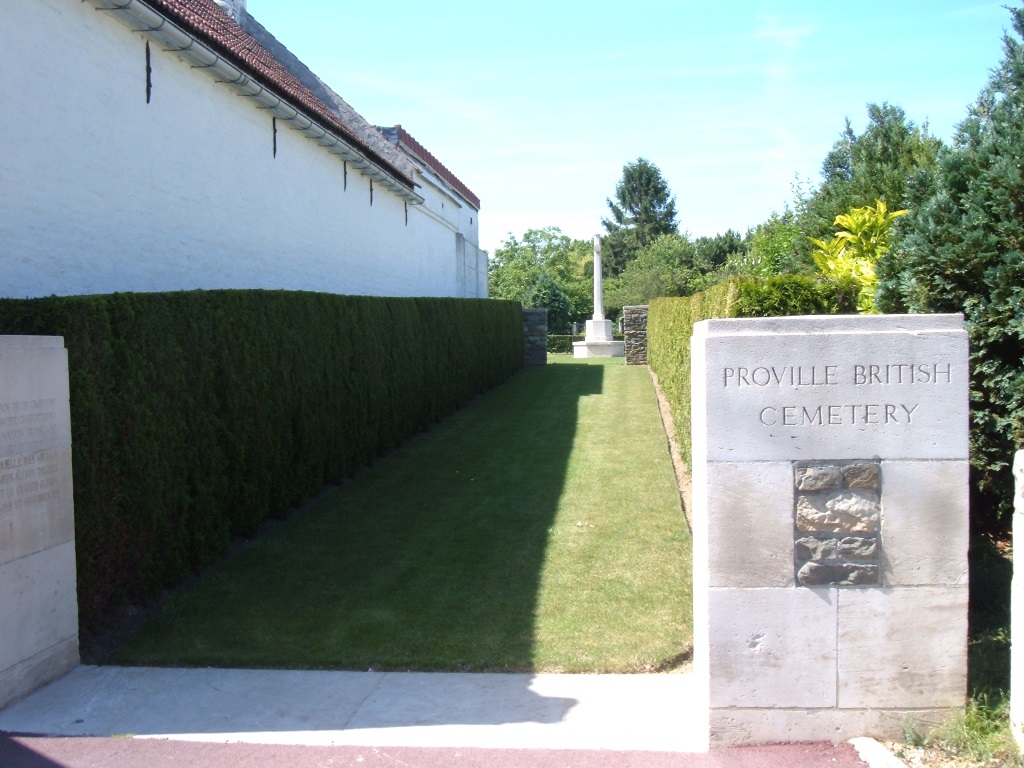 The village of Proville was captured on 8-9 October 1918 and the cemetery was made in the same month by the 61st Division and the 8th North Staffords. It was increased after the Armistice when 21 graves were brought in from the battlefields west of Cambrai. The dates of death are from the 20th September to the 19th October. Proville British Cemetery now contains 149 First World War burials, 27 of them unidentified. The cemetery was designed by W C Von Berg.