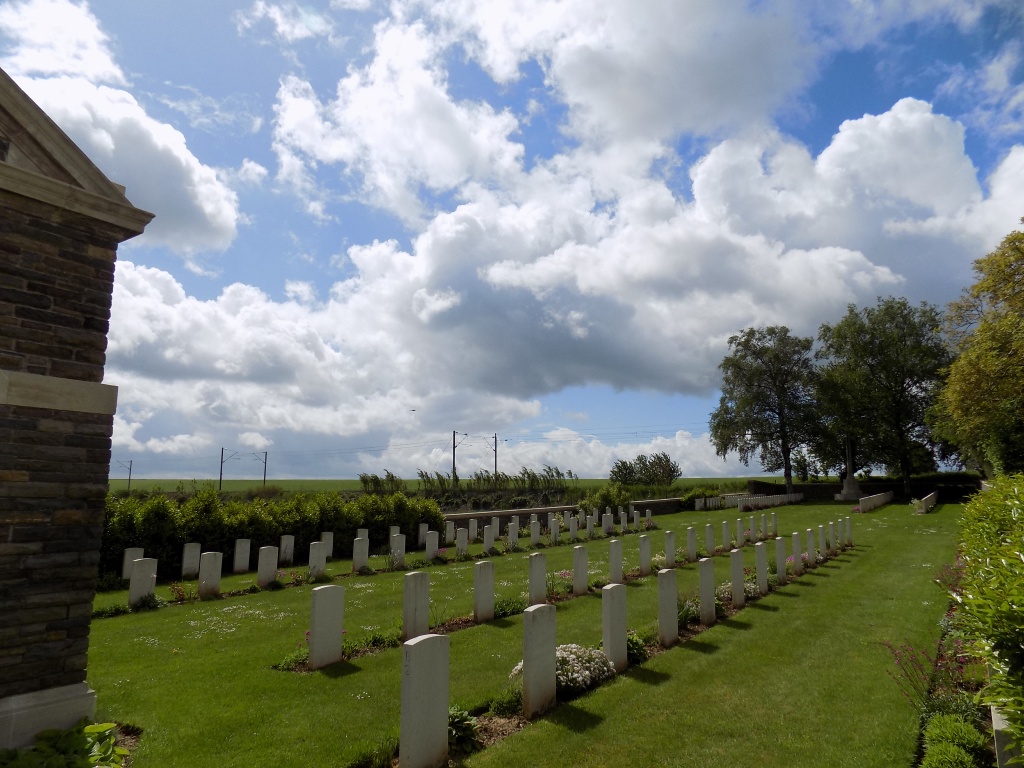 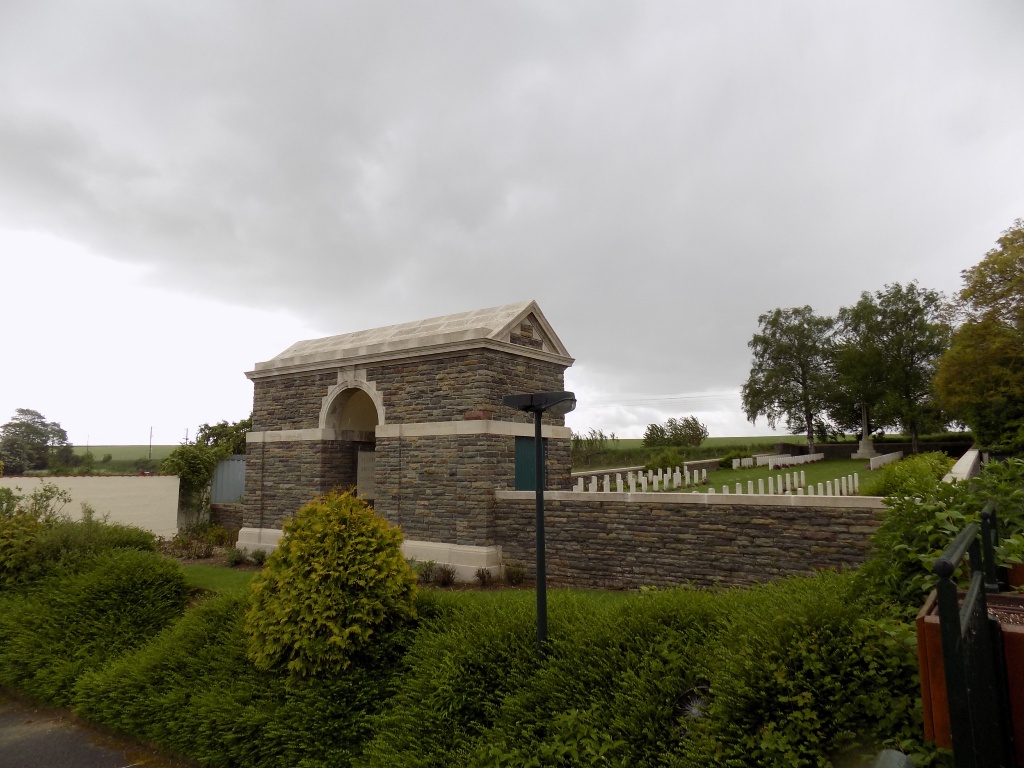 Feuchy is a village in the Department of the Pas-de-Calais, 5 kilometres east of Arras, on the south bank of the Scarpe river. Feuchy British Cemetery is on the south-west side of the village, between the Arras road, the railway and the church.

Feuchy village was captured by the 15th (Scottish) Division on 9 April 1917, lost at the end of March 1918, and retaken at the end of the following August. Feuchy British Cemetery was made by the 12th Division in April 1917, and used until March 1918. A few graves were added after the recapture of the village. The present Plot I was regrouped in 1926 to allow the construction of a railway station. The cemetery now contains 209 First World War burials. Two of the graves, destroyed by shell fire, are now represented by special memorials.