Since January 2021, 26 graves and special memorials have been temporarily removed to carry out essential maintenance to the perimeter wall. They will be returned to their exact position on completion of the works before the end of April 2022. 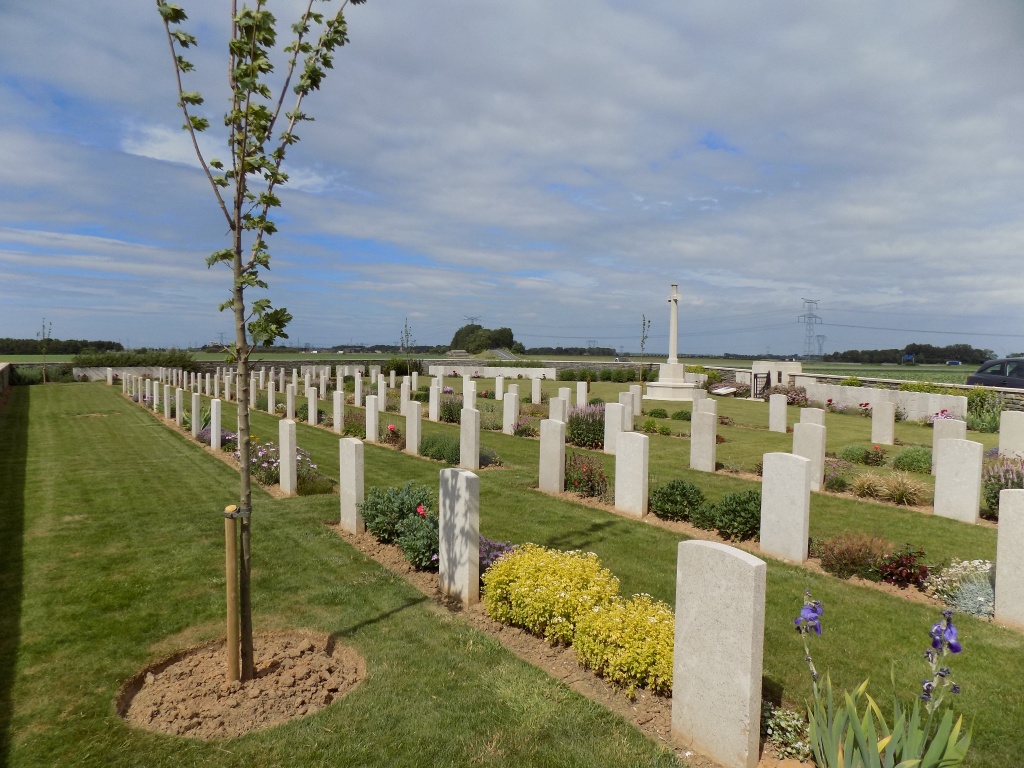 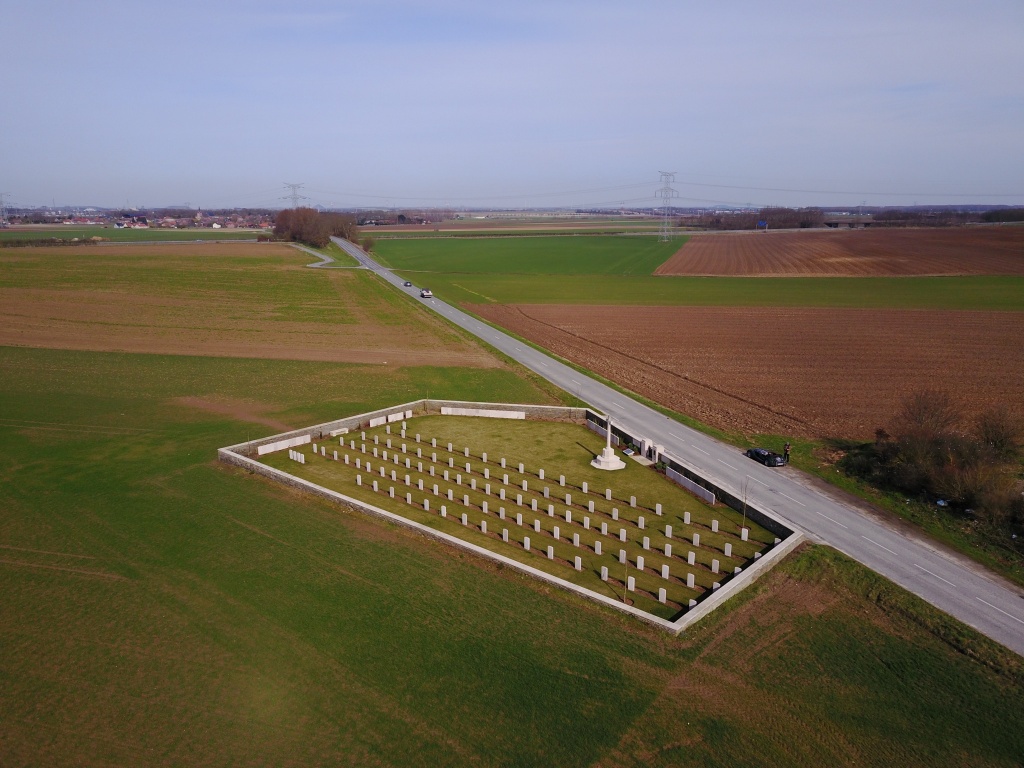 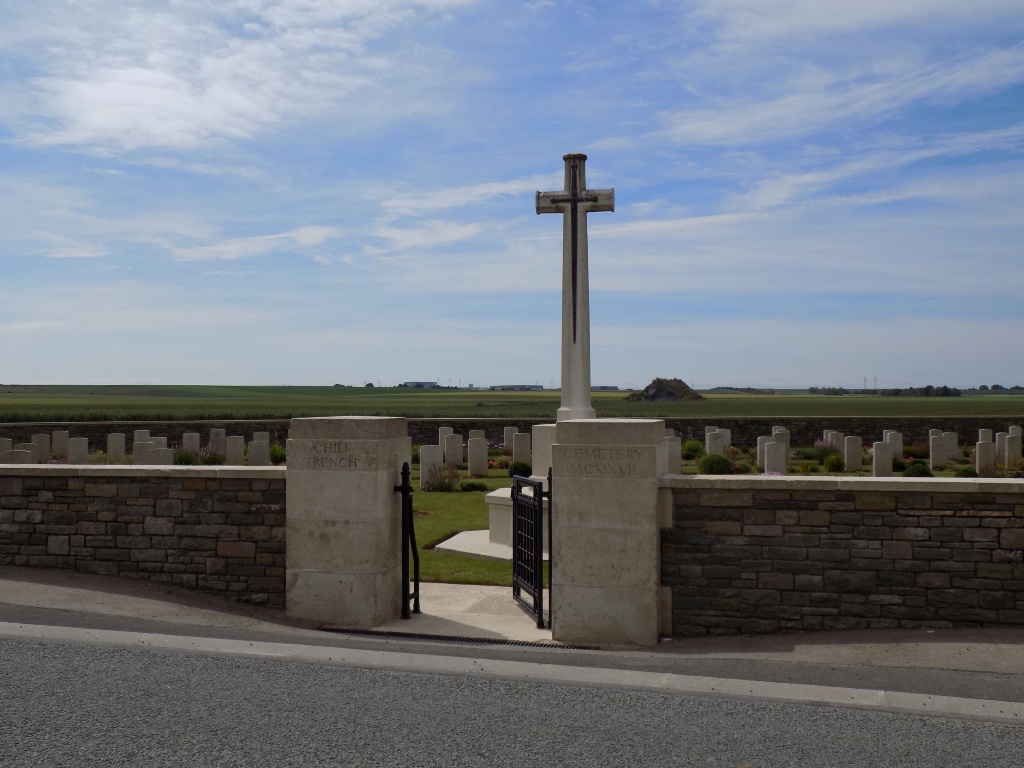 Gavrelle is a village about 10 kilometres east-north-east of Arras on the road to Douai. Chili Trench Cemetery is 1.5 kilometres south-east of the village on the north-east side of the secondary road to Fampoux.

Gavrelle was captured by the Royal Naval Division on 23 April 1917, lost on 28 March 1918, and reoccupied by the 51st (Highland) Division on the following 27 August. Chili Trench Cemetery was made in April and May 1917, mainly by units of the 37th Division; it was also known also as Gavrelle Road Cemetery, or Fampoux Cemetery. A further four Commonwealth graves from MONCHECOURT COMMUNAL CEMETERY were removed to Chili Trench Cemetery in 1934. The cemetery contains 196 burials and commemorations of the First World War. 19 of the burials are unidentified and 86 graves destroyed by shell fire are now represented by special memorials. The cemetery also contains the grave of one airman of the Second World War.