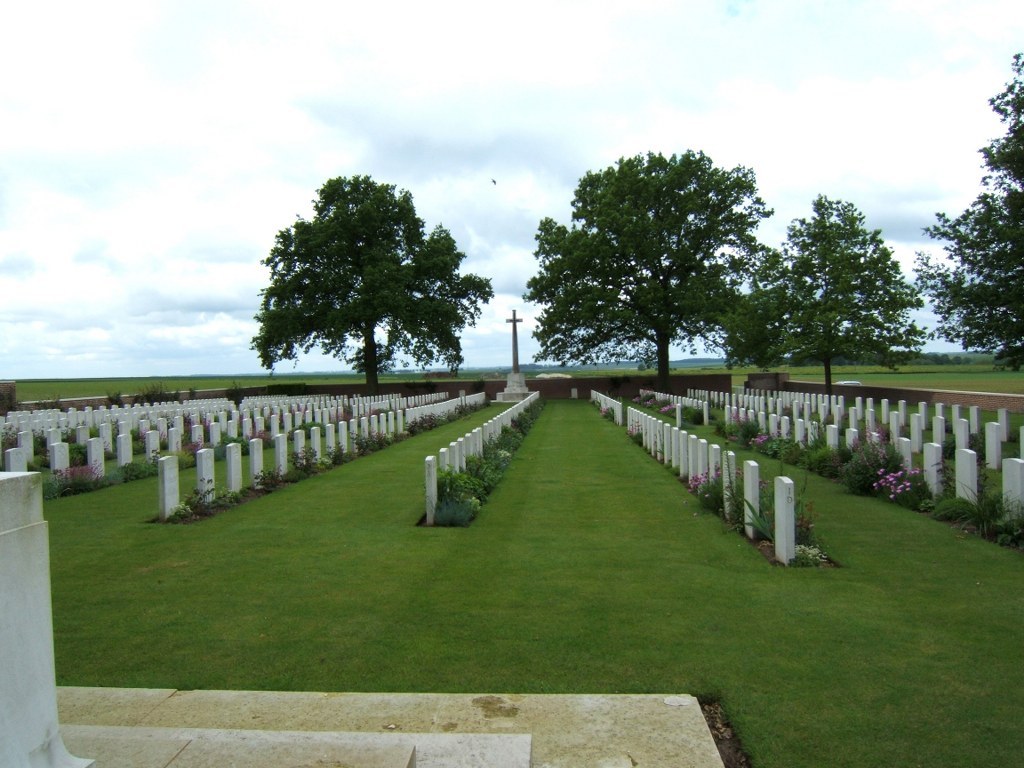 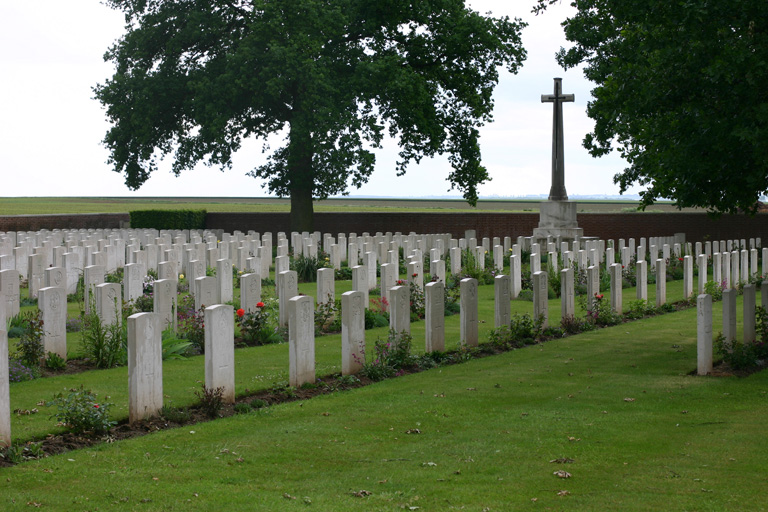 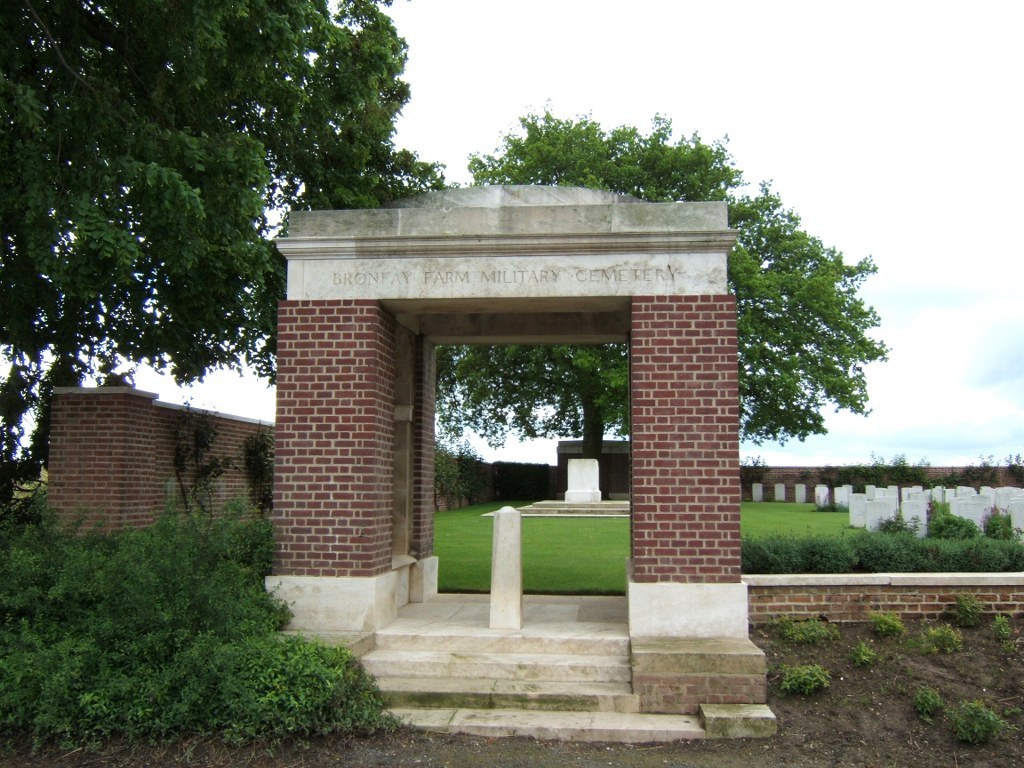 Bray-sur-Somme is a village 8 kilometres south-east of Albert. Bronfay Farm is 3 kilometres north-east of the village on the road to Maricourt and the Cemetery is on the south-east side of the road opposite the farm.

The cemetery was begun by French troops in October 1914, but little used by them. It was used by Commonwealth troops from August 1915 to February 1917, particularly during the Battle of the Somme, when the XIV Corps Main Dressing station was at the farm. During the retreat and advance of 1918, further burials were made and after the Armistice, graves of March, August and September 1918, were brought in from the fields between Bronfay Farm and Bray.

Bronfay Farm Military Cemetery contains 537 burials and commemorations of the First World War. 13 of the burials are unidentified but there are special memorials to two casualties believed to be buried among them.