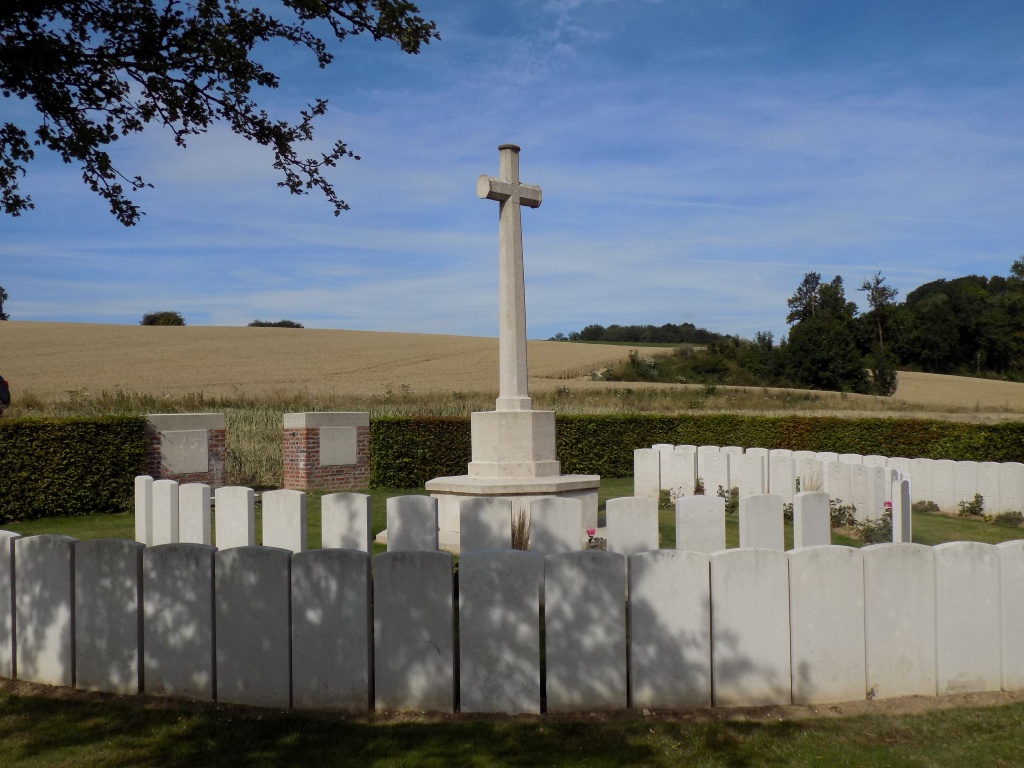 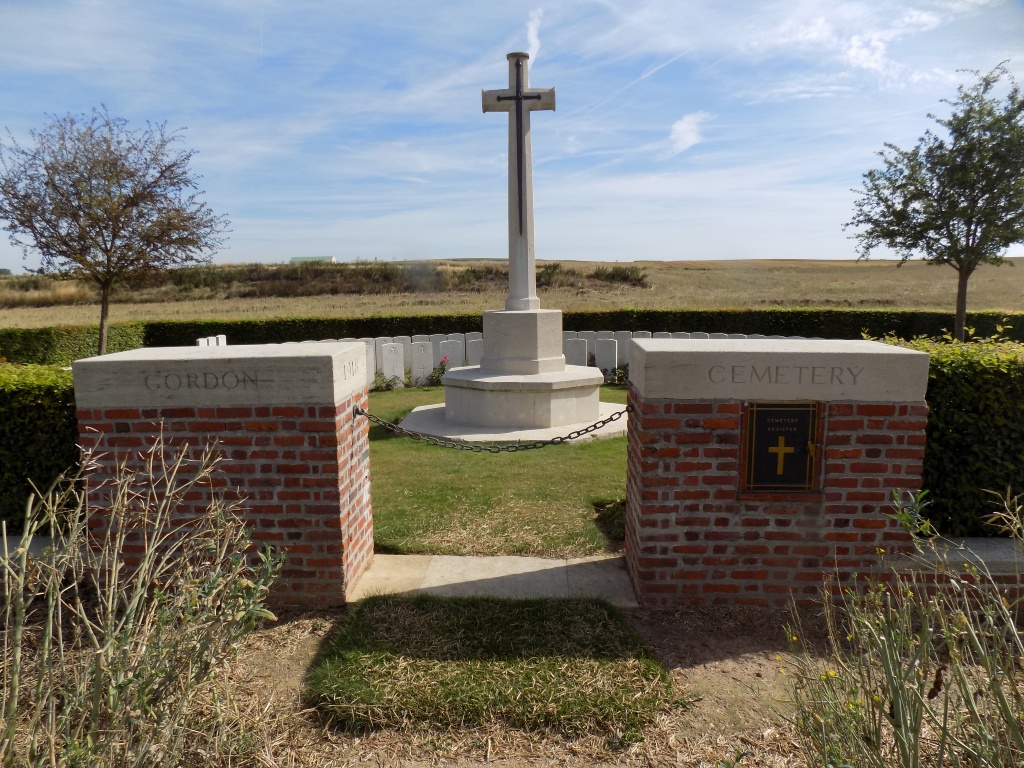 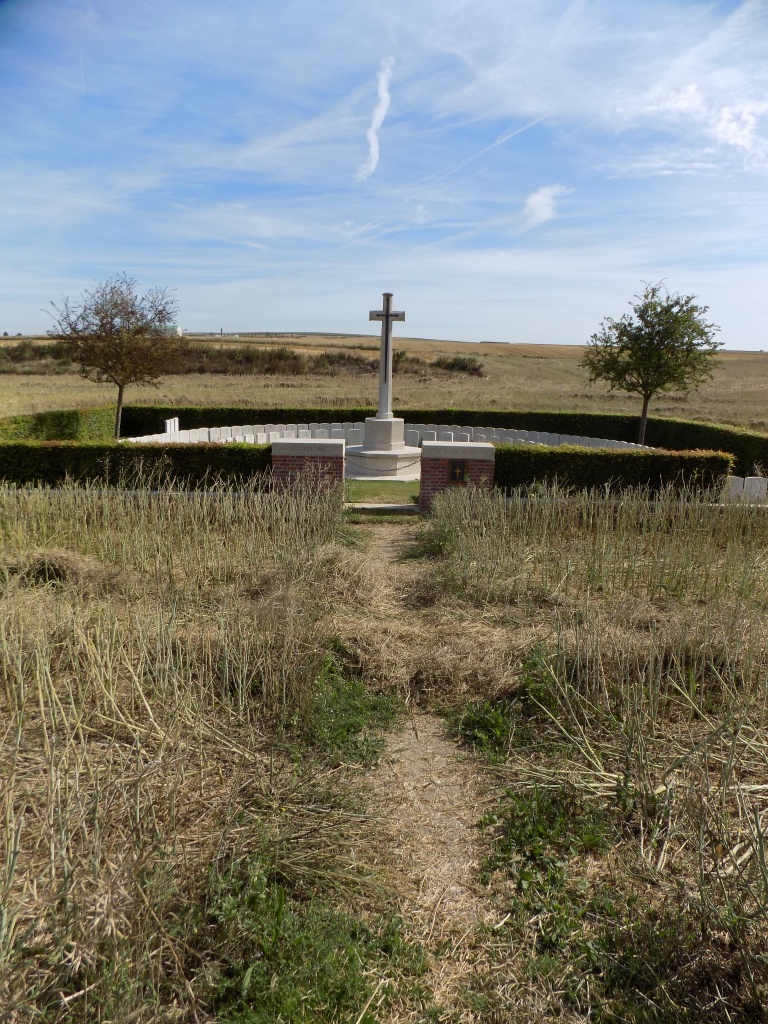 Mametz is a village 6 kilometres east of Albert. The Cemetery is located on the Albert-Maricourt road, due south of Mametz village and 4 kilometres west of Maricourt.

Mametz was within the German lines until 1 July 1916, when it was captured by the 7th Division and Mametz Wood, north-east of the village was taken on the days following 7 July.

Gordon Cemetery was made by men of the 2nd Gordon Highlanders who buried some of their dead of 1 July in what had been a support trench, together with two artillerymen who died 8 July and an unknown soldier.

The cemetery contains 102 First World War burials, five of them unidentified. As the precise location of most of the graves could not be established, 93 of the headstones are arranged in semi-circles around the central cross.