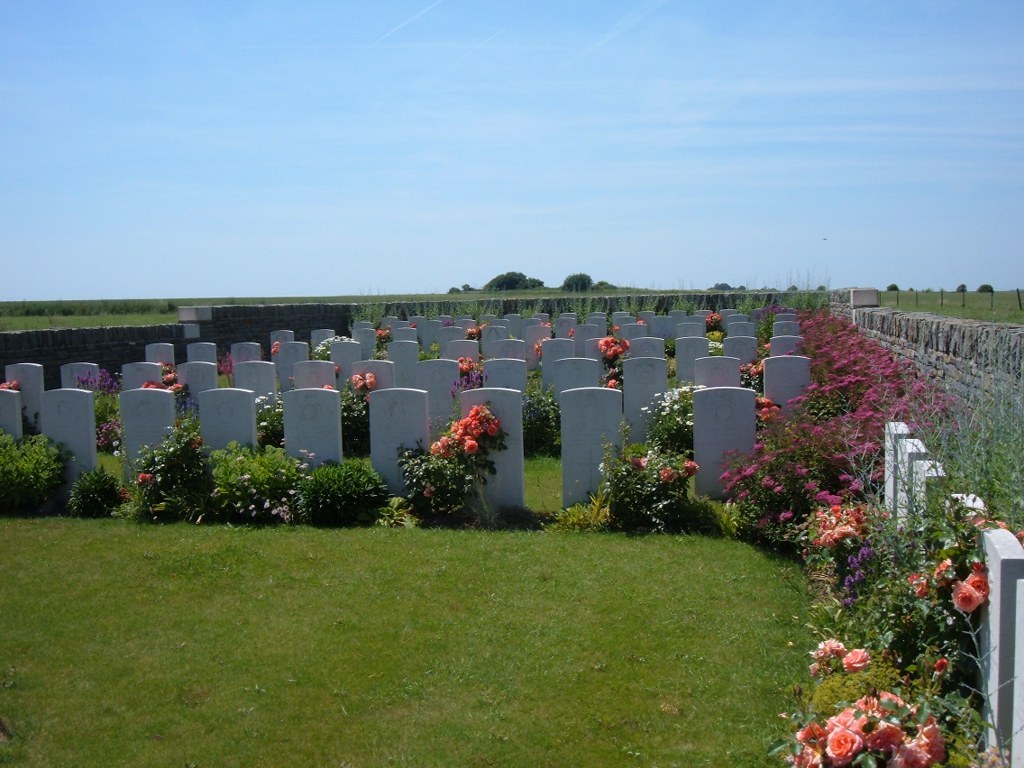 Forenville is a small village 5 kilometres south-east of Cambrai. The Cemetery is south of the village and opposite the communal cemetery.