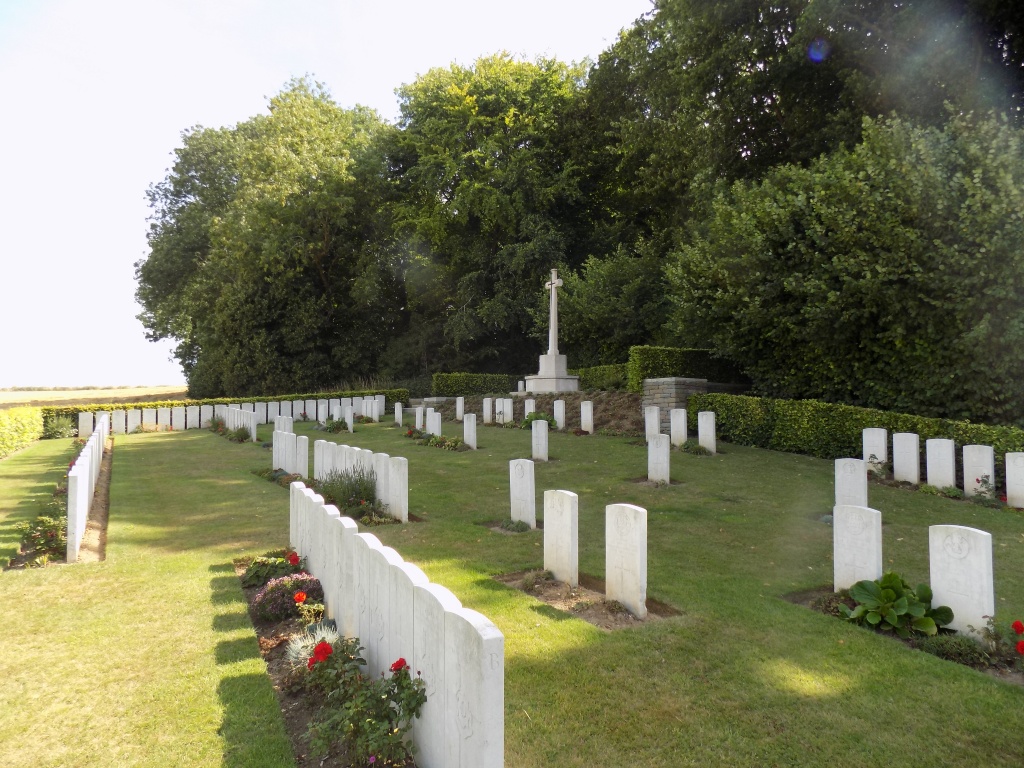 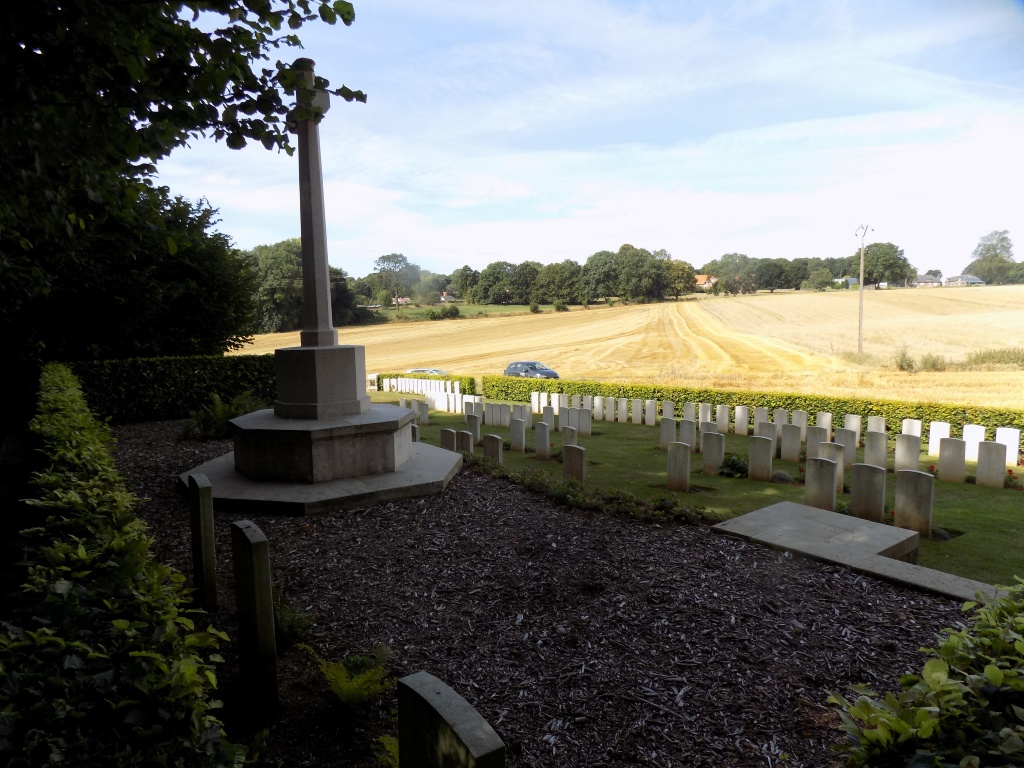 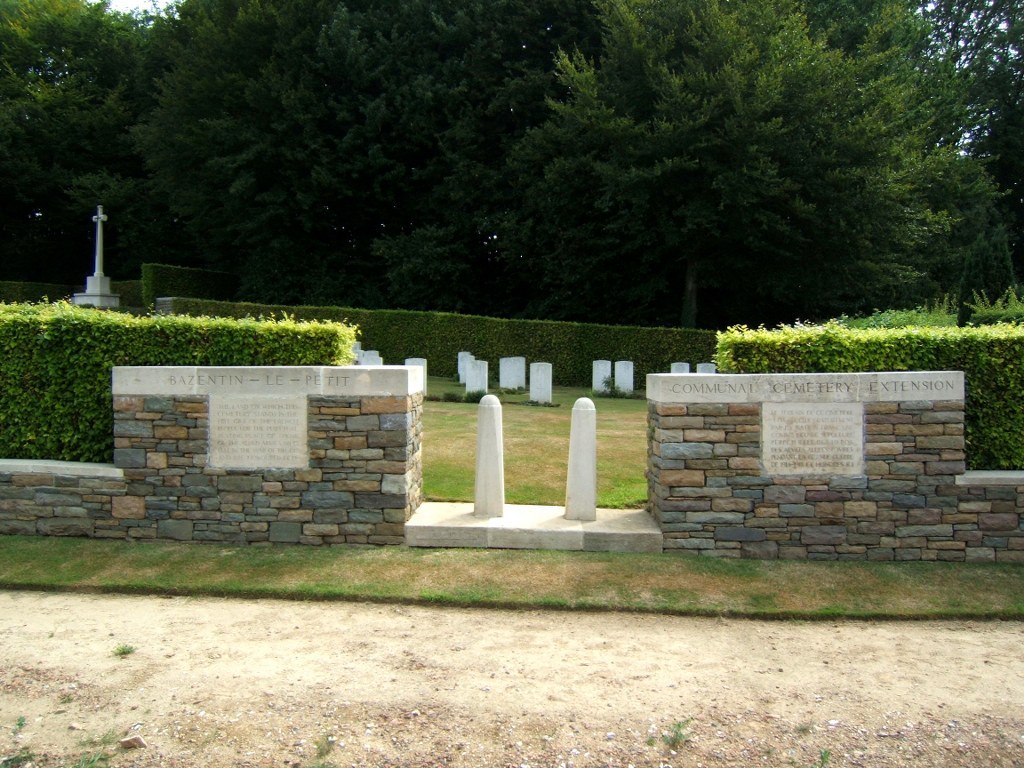 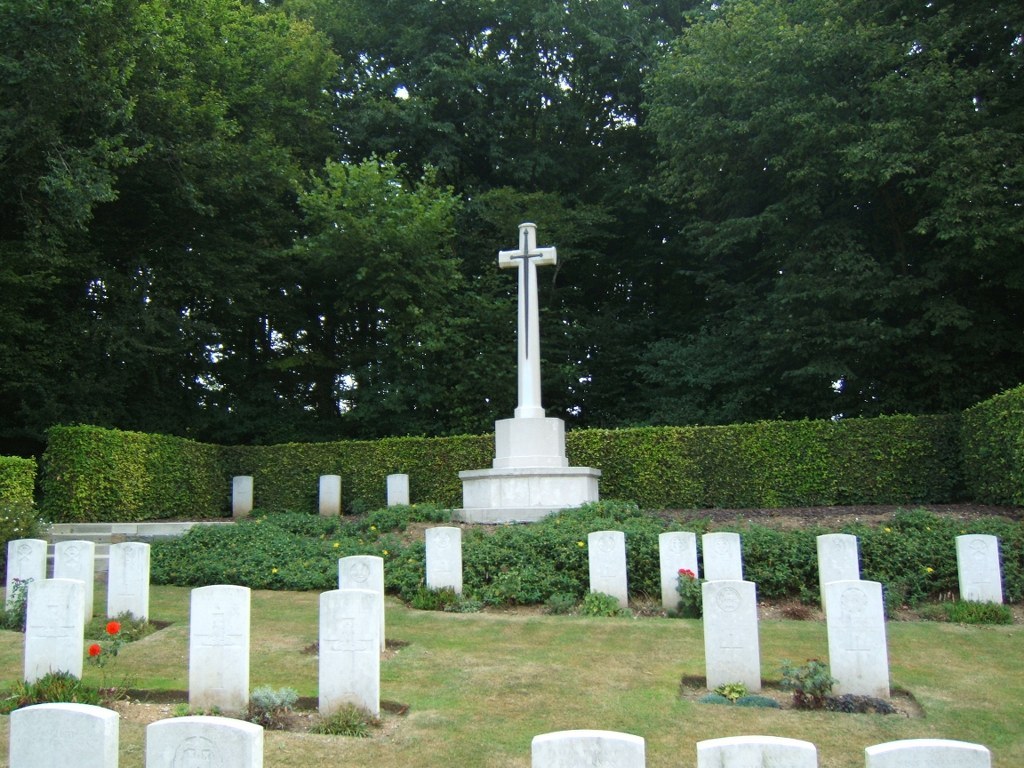 Bazentin was in German hands until 14 July 1916 when the 3rd and 7th Divisions captured the two villages (and the communal cemetery) and held them against counter-attacks, and the 21st Division captured Bazentin-le-Petit Wood. The ground was lost in April 1918 during the great German advance but recaptured on the following 25 August by the 38th (Welsh) Division. The COMMUNAL CEMETERY contains two Commonwealth burials dating from August 1916. The COMMUNAL CEMETERY EXTENSION was begun immediately after the capture of the village and used until December 1916 as a front-line cemetery. It was enlarged after the Armistice when 50 graves were brought in from the battlefields of Bazentin and Contalmaison. It now contains 185 burials and commemorations of the First World War. 53 of the burials are unidentified and 59 (mainly of the 1st Northamptons) destroyed by shell fire are now represented by special memorials. One British soldier was reburied in this cemetery from Sailly-Laurette German Cemetery (near the West side of the road from Sailly-Laurette to Morlancourt), which contained 556 German burials.