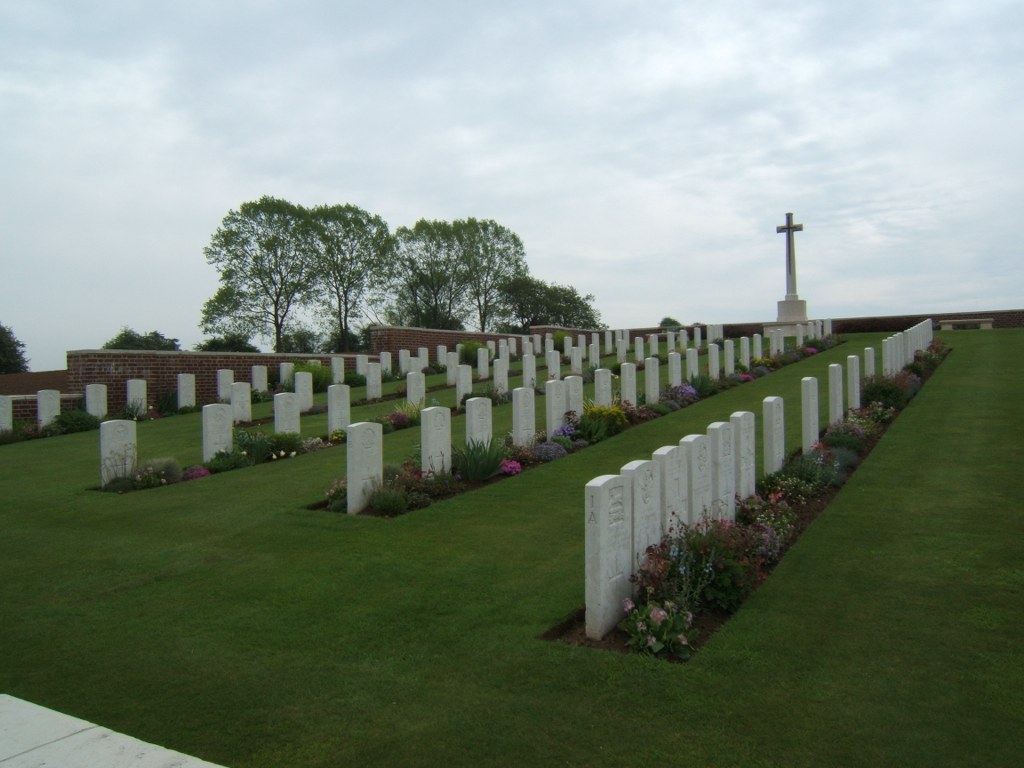 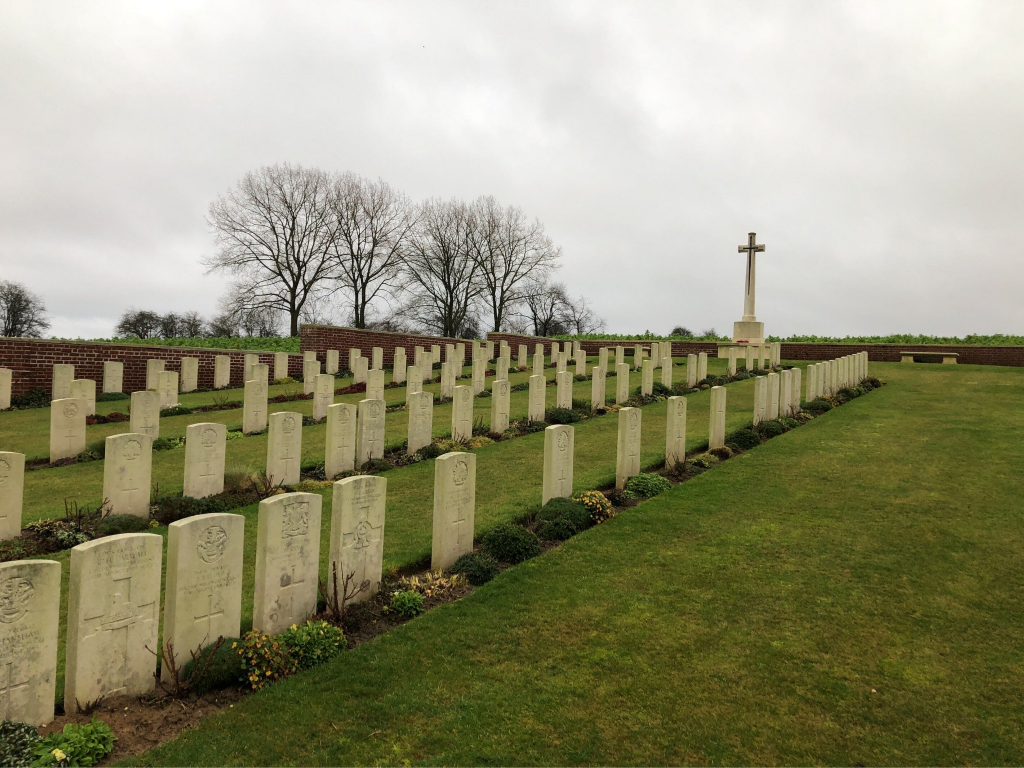 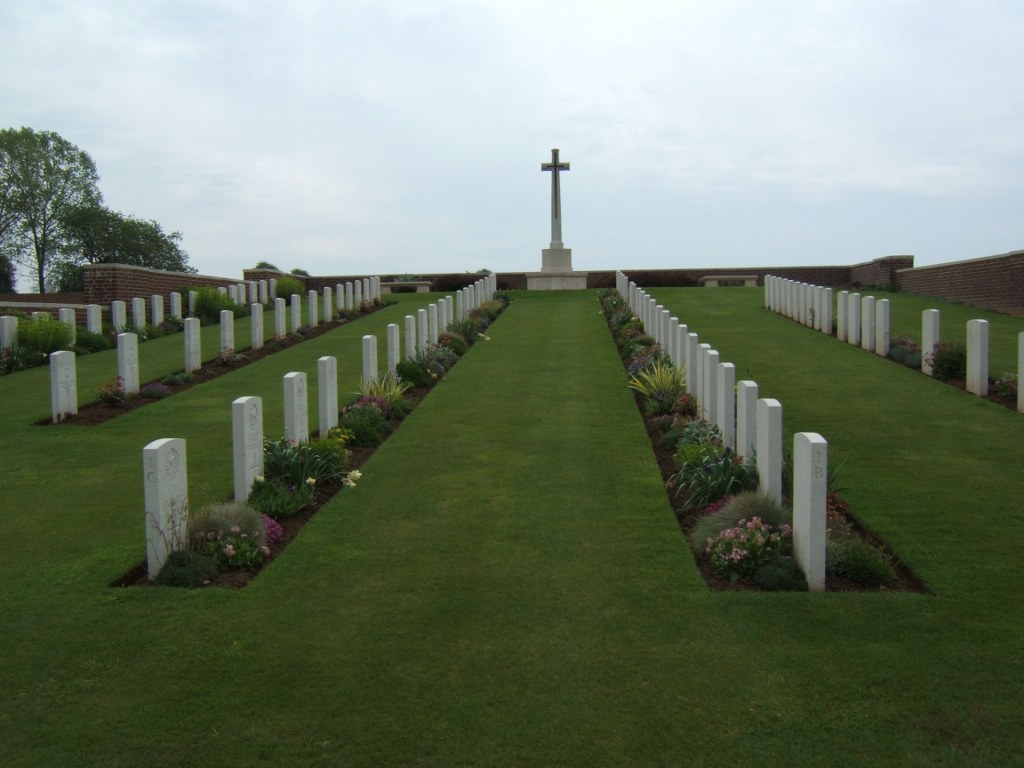 Martinpuich was captured by the 15th (Scottish) Division on 15 September 1916, lost in April 1918, and retaken in August 1918. Martinpuich British Cemetery was begun in November 1916 and used by fighting units and field ambulances until June 1917, and again at the end of August 1918. In 1931 the bodies of ten soldiers buried by the Germans were found in the communal cemetery, and moved into the British Cemetery. The cemetery now contains 115 burials and commemorations of the First World War. Nine of the burials are unidentified and four graves destroyed by shell fire in 1918 are represented by special memorials.