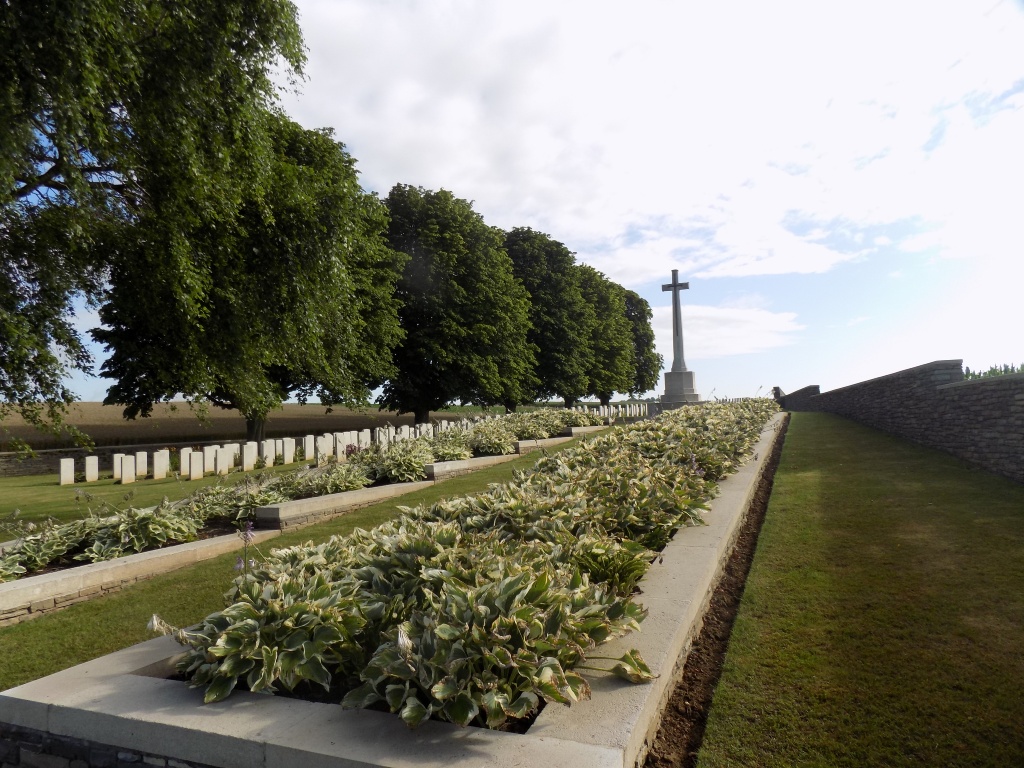 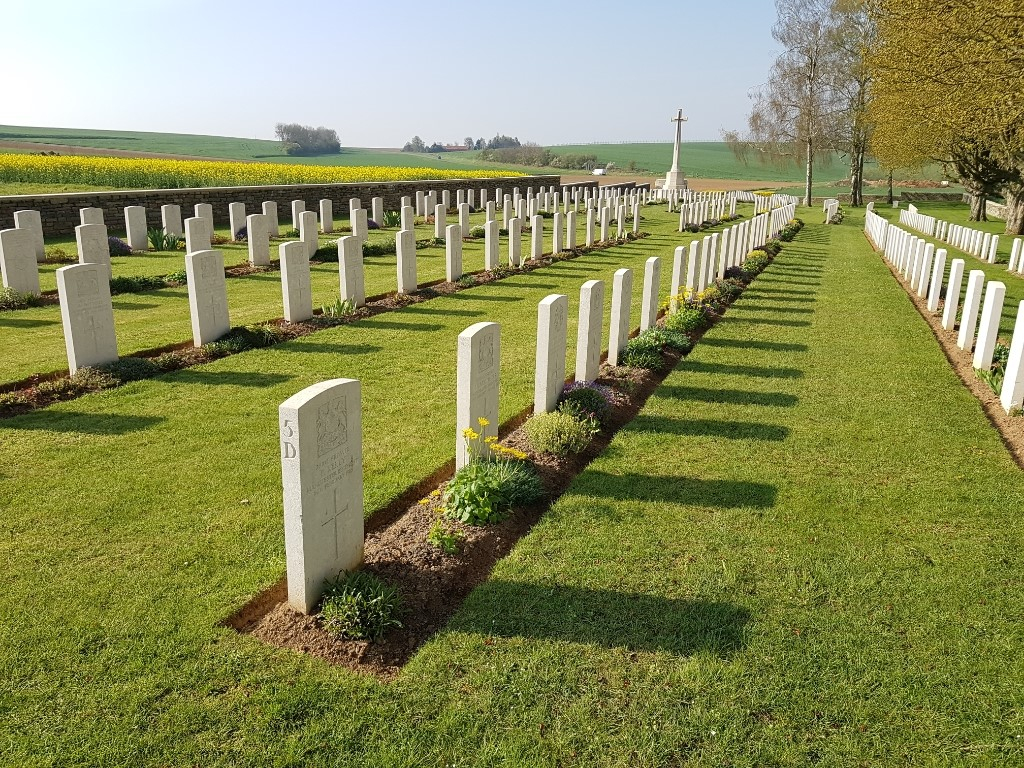 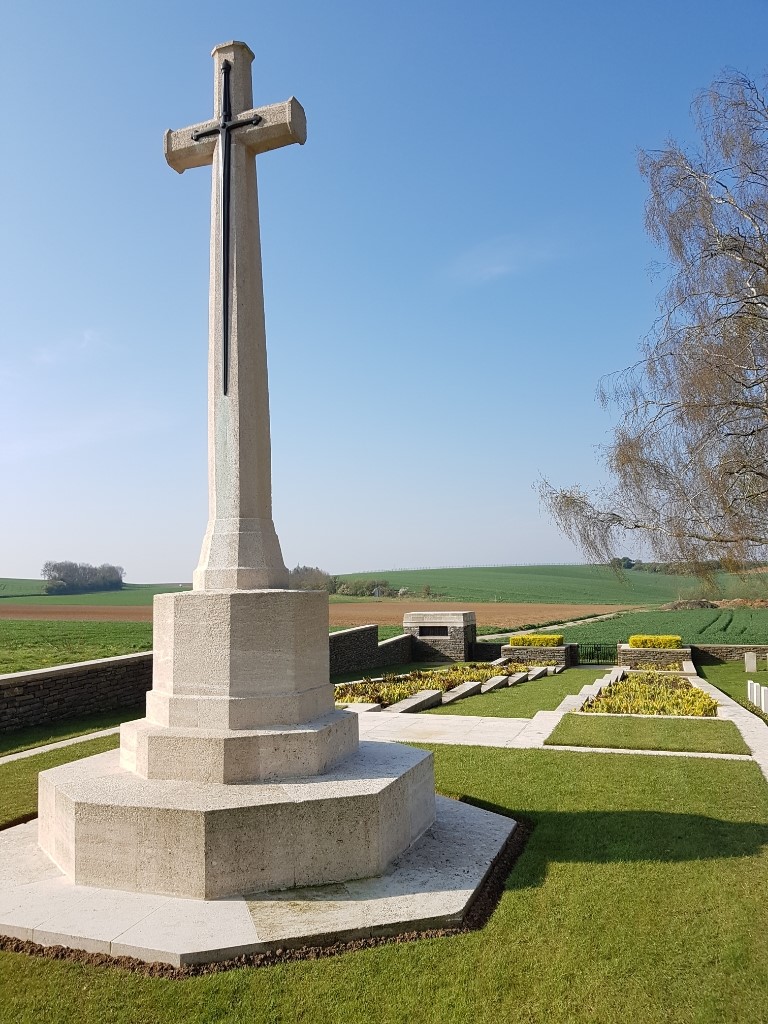 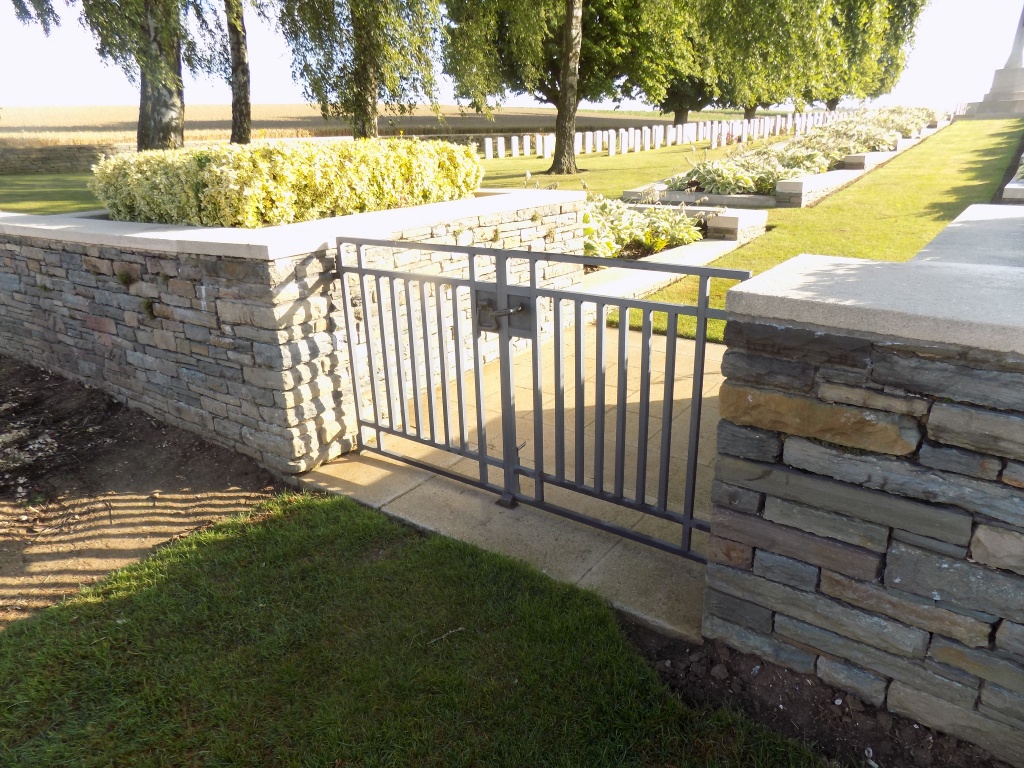 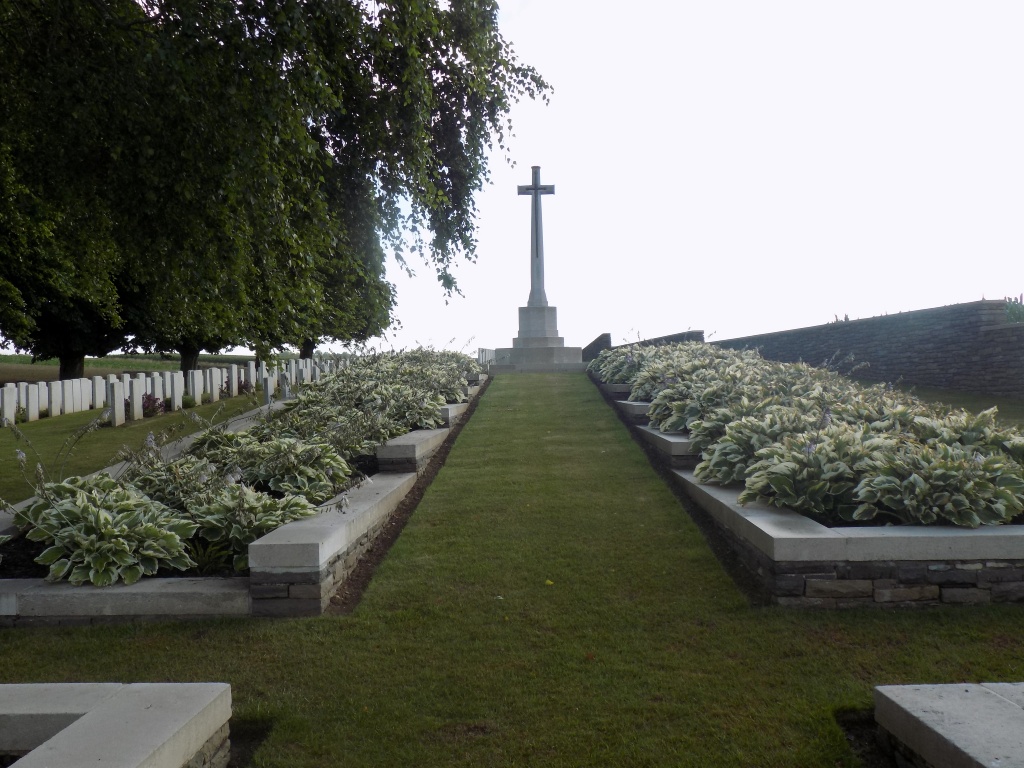 Fricourt is a village about 5 kilometres east of Albert and Citadel New Military Cemetery is approximately 2.5 kilometres south of Fricourt on the east side of the road to Bray-sur-Somme. Access to the cemetery is off a roundabout created as a result of the new airport nearby and is signposted from the roundabout.

Fricourt was captured by the 17th Division on 2 July 1916 but the southern part of the commune, in which this cemetery is situated, was already in Allied hands. On the road from Fricourt to Bray, before it reaches the top of the plateau, are two points 71 metres above sea level, known to the Army as 71 North and 71 South. A little further on was a feature known as the Citadel.

The cemetery is in the Northern part of a valley, running from Fricourt to the Somme, which was known in 1916 as "Happy Valley." It was begun by French troops and from August 1915, when the first Commonwealth burials were made, it was known as the Citadel Military Cemetery (Point 71). It was used until November 1916 and once in August 1918. The great majority of the burials were carried out from field ambulances before the Battles of the Somme. In the Autumn of 1916 the Citadel became a large camp for units withdrawn from the line.

The cemetery contains 380 Commonwealth burials of the First World War, 17 of them unidentified.