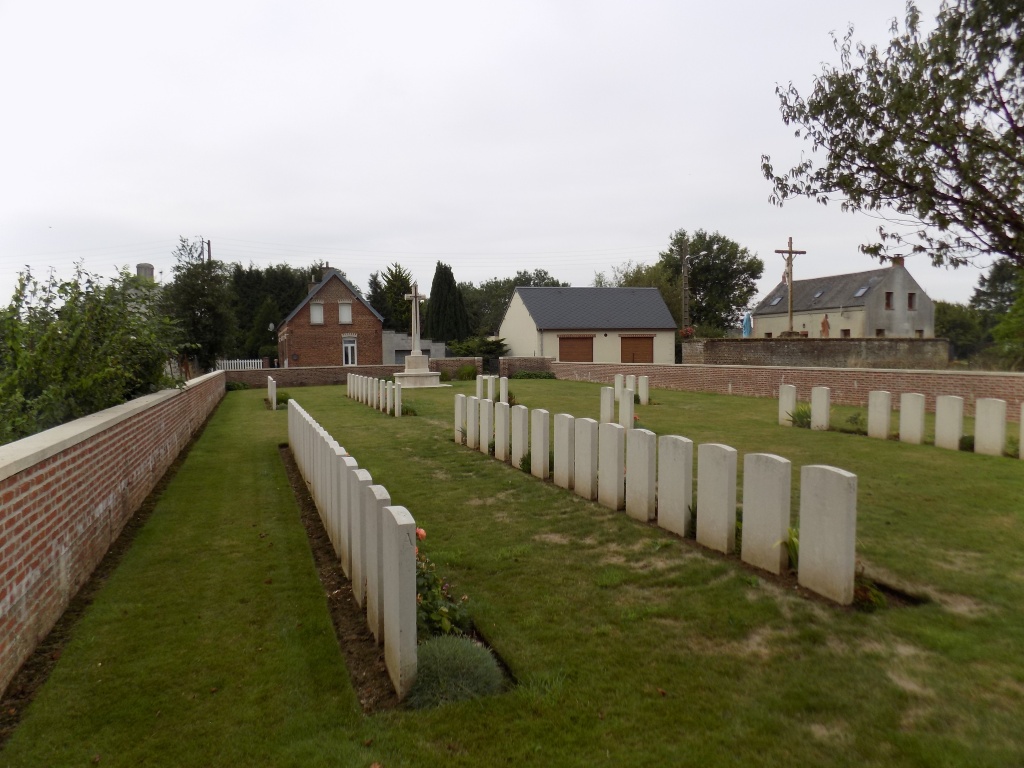 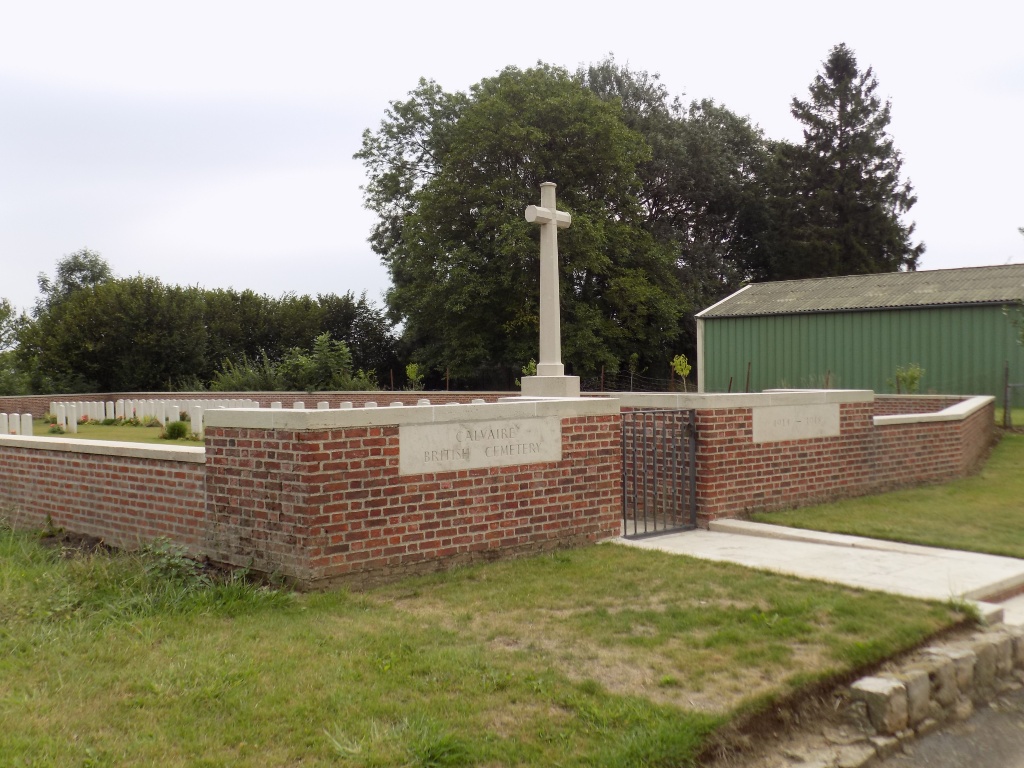 Montbrehain is a village situated in the north-western sector of the Department of the Aisne, 10 kilometres south-west of Bohain on the D28. The cemetery is found at the northern most point of the village, on high ground, near to the Civil Cemetery. It is first signposted near the centre of the village, on the D28, close to the church.

Montbrehain was taken on the 3rd October, 1918, by three battalions of the Sherwood Foresters of the 46th Division, but it could not be held a the time; it was finally captured by the 21st and 24th Australian Infantry Battalions two days later.

The cemetery contains the graves of 71 casualties of the First World War, 16 of which are unidentified.

Calvaire Cemetery is named from a Crucifix standing near its South-West corner and was designed by W H Cowlishaw.