Since December 2022, graves from B 18 (E.S DAVIS) to C40 (J. FYFE) have been temporarily removed to carry out essential maintenance to the perimeter wall. They will be returned to their exact position on completion of the works before the end of March 2023. We apologise for any inconvenience caused. 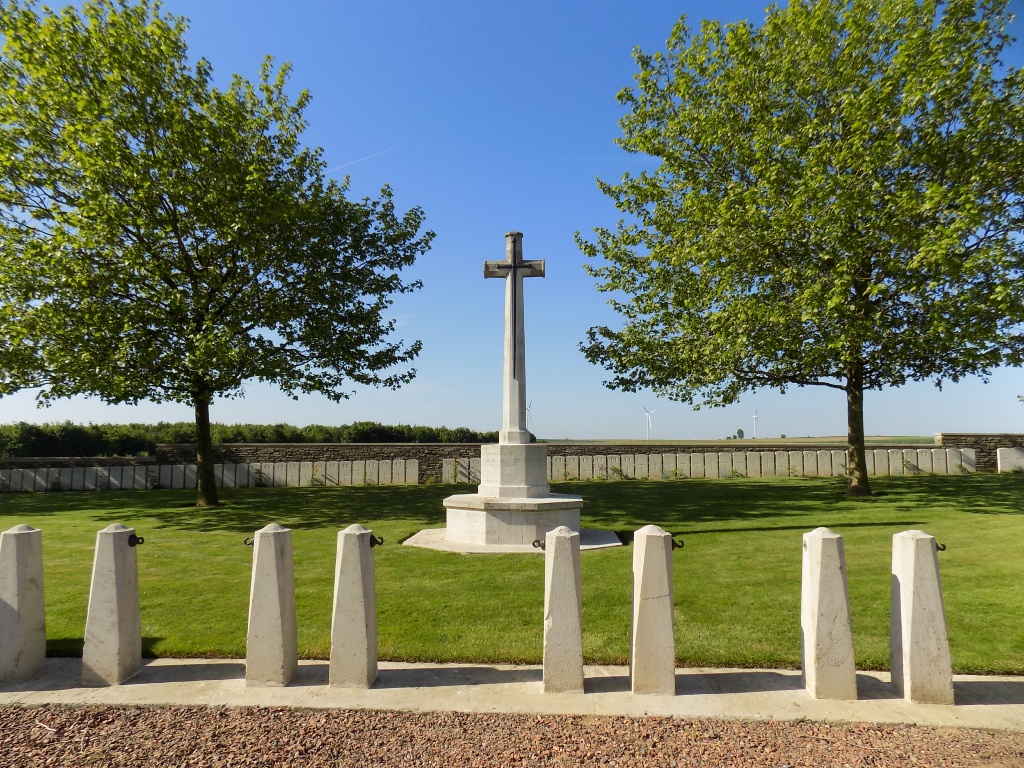 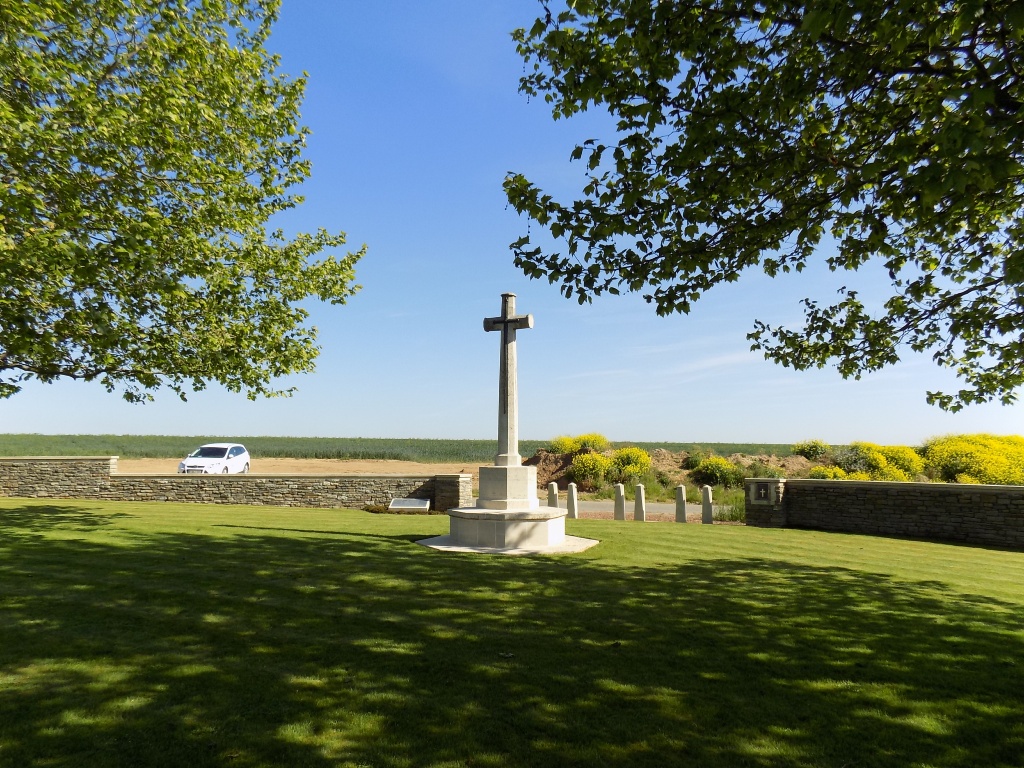 Heninel is a village in the Department of the Pas-de-Calais, 10 kilometres south-east of Arras and 3 kilometres south of the straight main road from Arras to Cambrai. Bootham Cemetery is a long row of graves, nearly 2 kilometres east of Heninel on the south side of the road to Cherisy. From Heninel centre take the Rue St Germain and then a 1 kilometre track to the cemetery.

Heninel village was captured in a snowstorm on 12 April 1917 by the 56th (London) and 21st Division. The 50th (Northumbrian) Division, advancing from Heninel on the two following days, captured Wancourt Tower. Bootham Cemetery was named from a trench, which in turn was named from Bootham School in Yorkshire. It was made in April 1917 by the 56th Division Burial Officer. The cemetery contains 186 First World War burials, 71 of them unidentified.